Forget Al Shabaab, the Police Are the Real Terrorists in Kenya 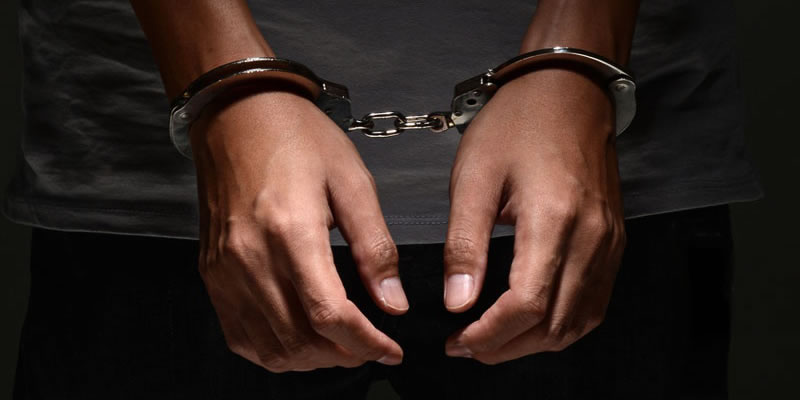 Listen. I don’t know how to write this. What am I saying even? A few months ago, my friend and I were at the Maasai Mbili Art Collective in Kibera, and the folks there were talking about attending reggae concerts in the city. “Hiyo siku walituangusha wengi. Mimi hizi form za reggae siendi tena.” (That day they struck many of us down. I don’t go for reggae concerts any more).

Once, there was a boy. The boy played football and disliked avocados and went to school.

In Kisumu, how many times did the boy join a crowd of people running away from police bullets?

How many times were the boy and his classmates, while in the middle of a lesson, told to lie down on the corridors of their school, away from the windows, because of police bullets?

Listen. I don’t know how to write this. Can you tell? Can you tell that I am struggling, drowning, to find the words, wrong or right, to say whatever it is I want to say?

Once, there was a group of children. The children were less than six years old, all in nursery school. One day, while they were in school, a group of police officers came into their school and tear-gassed the children.

Actually, what is terrorism? My dictionary says, “Terrorism is the unlawful use of violence and intimidation, especially against civilians, in the pursuit of political aims.”

So, these little kids, are they civilians?

In Kisumu, the main road running through the city, the road that divided the city neatly into two, used to be called Jomo Kenyatta Highway. Here’s a story I heard. Do you know that one night, a group of people (or could it have been just one person?) rubbed off the words Jomo Kenyatta Highway so violently that from certain angles the words appeared to have been burned away? Now people call the road Bi Pendo Road. Samantha Pendo was a six-month-old infant bludgeoned to death in Kisumu by police on the night of August 10, 2017.

Is it a good thing that roads are named after babies killed because of terror, because violence was used against a civilian, against a baby almost too young to be a civilian, because some people somewhere were pursuing their political aims?

Then, the judiciary was told, “we shall revisit” by the president, but then hands were shaken, and this revisiting, me I don’t know when it will happen.

I don’t know many things. But sometimes I hear things. Did you hear about Caroline Mwatha, who was fighting for the victims of police violence in Dandora? Ati she died of an abortion. That’s the statement. Anyway, what do we know? Trust, that’s all we can do. We’re told to trust the system. We are wananchi – children and heirs of the land.

I read that the Kenya Police was established by colonial governor Sir James Hayes Sandler in 1902, but didn’t exist in its modern form until 1920 when Kenya became a colony. From the start, it was anti-African. The historian and journalist John Kamau describes it as “a tool for the settlers and administrators to enforce their will on Africans”.

The Administration Police’s mandate is a microcosm of this early anti-African attitude in Kenyan police work, seeing as when it was first established (it was known as the Native Police). Its mandate was to enforce the payment of taxes by the African populace, to control livestock movement, to provide forced labour for the coloniser, and to protect government installations. The village headmen stuffed the Native Police with local tough guys and bullies, ma first body as they would be called in Sheng, and these untrained recruits bullied the Africans into doing the things that the colonial administration wanted. Therefore, instead of protecting the locals and maintaining trust with them, the police force acquired a reputation as manifestations of the terror and violence of the colonial administration.

While one would have expected that the attitude of the police force would have changed with independence, it did not. Frantz Fanon writes, “The colonised man is an envious man. And this the settler knows very well; when their glances meet he ascertains bitterly, always on the defensive, ‘They want to take our place.’ It is true, for there is no native who does not dream of setting himself up in the settler’s place.”

Thus, since, rather than destroying the colonial system, what Kenyan leaders desired at independence was to replace the coloniser. So they saw no need to reform the police force, the very system that propped up the colonialist. Since then, Kenya’s police and security forces have been used as weapons of terror against the “natives” by the country’s administrators,

Another friend and I, at a sleepover at her house, talk about this. “The police is being anti-citizen? That seems to be a narrow premise,” she argues. “I would lean towards them being pro-state, and in this country, that often means anti-citizen.”

We were not just splitting definitional hairs. Her characterisation of the police being pro-state actually points out the irony of something we all know – that police officers are underpaid, have always been underpaid, are overworked, and live in deplorable housing conditions. So why would they be strongly pro-state if raiding citizens was not the purpose of their existence?

A police force/service/whatever it is they insist on calling themselves ought to be pro-citizen, but this one of ours – where Kikuyu police officers are deployed in Nyanza, Luo police officers are stationed in Eldoret, Kigsigis police officers are sent to Mombasa and Mijikenda police officers work in Embu – is anything but. They are deployed in this way so that they don’t form bonds with the civilians. When these bonds are formed, then the officers are transferred, especially immediately before elections when the administrators want to enact their little and big terrorisms on the native, and when we expect them to be so anti-citizen that we don’t realise the wrongness in this. They are supposed to be serving you, not terrorising you.

If the police service/force/whatever name they insist on calling themselves is built on the premise of being pro-state and thus anti-citizen, do the sporadic acts of virtue performed by individual police officers even matter? These, my questions, me I don’t know the answers, I don’t know whether my answers are right or wrong, or even whether it is my questions that are wrong.

How do we write about terror? Mimi sijui. I don’t know.

Instead, here is a list of attacks that Wikipedia classifies as the major terror incidents in Kenya:

Who updates this list, I wonder. Whose job is it to add the grisly details of these deaths to this list? Don’t they know about Wagalla, when the Kenya government killed its own citizens in 1984? Here’s what Wikipedia says about the death toll of Wagalla: “The exact number of people killed in the massacre is unknown. However, eyewitnesses place the figure at around 10,000 deaths.”

Around ten thousand deaths, is that not terror? Or maybe because we read in the Bible that David killed tens of thousands so that’s no longer terror? What is it called when one of the men who is said to have abetted (authorised?) the massacre in Wagalla is appointed the chairman of the commission to investigate the Wagalla massacre? His name was Bethuel Kiplagat. Is that what they call dramatic irony?

Listen, I’m not an expert in these things of terrorism, can you tell? I’m not an intellectual, I don’t think solidly about these lofty things. Have you noticed that I’m quoting from Wikipedia? But here’s a question my editor asks: Why does death by terrorism grip our psyche? Why does Al Shabaab frighten us so? Is it because it’s a “globalised” death? Is it because vigils will be held and commissions of inquiry will be formed and presidents will make rousing statements about the country’s unity? Is it because terrorism is viewed as that committed by the other, the foreign, so that whatever the nationality of the individuals involved in the attacks, Al Shabaab is a foreign group against which we must all stand together?

Me I don’t know. Me I just hear things. Like how I heard that in Mathare, cops have their criminal networks, networks from which they eat, but that once in a while one of their superiors goes on TV and promises action, and then their bosses want action, and these same cops look for people to kill, people whose deaths will be action in the war against crime, and more importantly, people whose deaths will not threaten the networks that benefit these officers of the law.

On 28th February 2019, a community dialogue was held at the Kayole Social Hall. Organised by the Kayole Community Justice Centre, in collaboration with the Social Justice Centre Working Group, the dialogue aimed at addressing criminality and police brutality. The dialogue was a follow-up to the Machozi Ya Jana community dialogues held in Kibera, Kawangware, Korogocho, Mukuru, Mathare, Njiu and Dandora in 2017. I sit in my house and follow the #KayoleDialogue hashtag on twitter. The Director of Public Prosecutions, Noordin Haji, and the Directorate of Criminal Investigations boss, George Kinoti, are speakers at the forum. Question: Of the 123 people killed by the police in the 2008 post-election violence (according to the Government of Kenya), how many police officers were prosecuted successfully for these deaths, these acts of terror? Answer: Zero.

Here’s a story. The last one. A group of friends are having drinks somewhere in Nairobi’s CBD. When we leave, I decide that I want to walk for a bit to clear my head. Haiya sawa, one of them says, Tembea, but chunga this street and this street kuna makarao. You can go, he says, but watch out, on this street and that one, there are cops.

Question: Shouldn’t the one that terrifies you, the cause of the terror in the citizens, be considered the terrorist?