The Pitfalls of African Consciousness 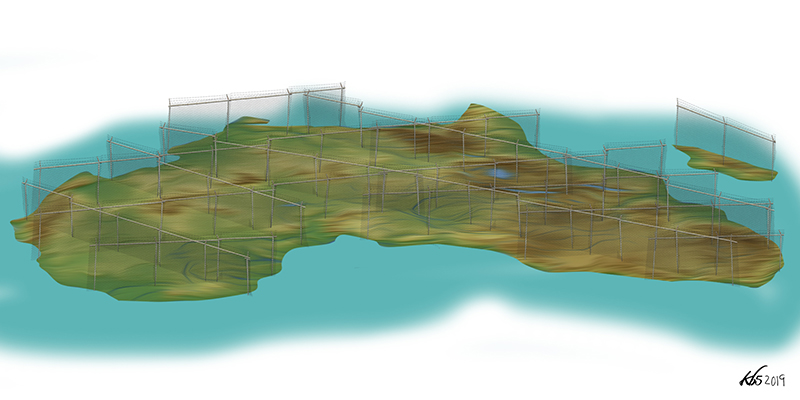 African American imaginings of Africa often intermingle with—and help illuminate—intimate hopes and desires for Black life in the United States. So when an African American pop star offers an extended meditation on Africa, the resulting work reflects not just her particular visions of the continent and its diaspora, but also larger aspirations for a collective Black future.

Black is King, Beyoncé’s elaborate, new marriage of music video and movie, is a finely-textured collage of cultural meaning. Though it is not possible, in the scope of this essay, to interpret the film’s full array of metaphors, one may highlight certain motifs and attempt to grasp their social implications.

An extravagant technical composition, Black is King is also a pastiche of symbols and ideologies. It belongs to a venerable African American tradition of crafting images of Africa that are designed to redeem the entire Black world. The film’s depiction of luminous, dignified Black bodies and lush landscapes is a retort to the contemptuous West and to its condescending discourses of African danger, disease, and degeneration.

Black is King rebukes those tattered, colonialist tropes while evoking the spirit of pan-African unity. It falls short, however, as a portrait of popular liberation. In a sense, the picture is a sophisticated work of political deception. Its aesthetic of African majesty seems especially emancipatory in a time of coronavirus, murderous cops, and vulgar Black death. One is almost tempted to view the film as another iteration of the principles of mass solidarity and resistance that galvanized the Black Lives Matter movement.

But Black is King is neither radical nor fundamentally liberatory. Its vision of Africa as a site of splendor and spiritual renewal draws on both postcolonial ideals of modernity and mystical notions of a premodern past. Yet for all its ingenuity, the movie remains trapped within the framework of capitalist decadence that has fabulously enriched its producer and principal performer, Beyoncé herself. Far from exotic, the film’s celebration of aristocracy and its equation of power and status with the consumption of luxury goods exalts the system of class exploitation that continues to degrade Black life on both sides of the Atlantic.

That said the politics of Black is King are complicated. The picture is compelling precisely because it appears to subvert the logic of global white supremacy. Its affirming representations of Blackness and its themes of ebony kinship will resonate with many viewers, but will hold special significance for African Americans, for whom Africa remains an abiding source of inspiration and identity. Indeed, Black is King seems purposefully designed to appeal to diasporic sensibilities within African American culture.

At the heart of the production lies the idea of a fertile and welcoming homeland. Black is King presents Africa as a realm of possibility. It plays on the African American impulse to sentimentalize the continent as a sanctuary from racial strife and as a source of purity and regeneration. Though the movie does not explicitly address the prospect of African American return or “repatriation” to Africa, allusions to such a reunion shape many of its scenes. No doubt some African American viewers will discover in the film the allure of a psychological escape to a glorious mother continent, a place where lost bonds of ancestry and culture are magically restored.

The problem is not just that such an Africa does not exist. All historically displaced groups romanticize “the old country.” African Americans who idealize “the Motherland” are no different in this respect. But by portraying Africa as the site of essentially harmonious civilizations, Black is King becomes the latest cultural product to erase the realities of class relations on the continent. That deletion, which few viewers are likely to notice, robs the picture of whatever potential it may have had to inspire a concrete pan-African solidarity based on recognition of the shared conditions of dispossession that mark Black populations at home and abroad.

To understand the contradictions of Black is King, one must examine the class dynamics hidden beneath its spectacles of African nobility. The movie, which depicts a young boy’s circuitous journey to the throne, embodies Afrocentrism’s fascination with monarchical authority. It is not surprising that African Americans should embrace regal images of Africa, a continent that is consistently misrepresented and denigrated in the West. Throughout their experience of subjugation in the New World, Black people have sought to construct meaningful paradigms of African affinity. Not infrequently, they have done so by claiming royal lineage or by associating themselves with dynastic Egypt, Ethiopia, and other imperial civilizations.

The danger of such vindicationist narratives is that they mask the repressive character of highly stratified societies. Ebony royals are still royals. They exercise the prerogatives of hereditary rule. And invariably, the subjects over whom they reign, and whose lives they control, are Black. African Americans, one should recall, also hail from the ranks of a service class. They have good cause to eschew models of rigid social hierarchy and to pursue democratic themes in art and politics. Black is King hardly empowers them by portraying monarchy as a symbol of grandeur rather than as a system of coercion.

There are other troubling allusions in the film. One scene casts Beyoncé and her family members as African oligarchs. The characters signal their opulence by inhabiting a sprawling mansion complete with servants, marble statues and manicured lawns. Refinement is the intended message. Yet the conspicuous consumption, the taste for imported luxury products, the mimicry of European high culture and the overall display of ostentation call to mind the lifestyles of a notorious generation of postcolonial African dictators. Many of these Cold War rulers amassed vast personal wealth while their compatriots wallowed in poverty. Rising to power amid the drama of African independence, they nevertheless facilitated the reconquest of the continent by Western financial interests.

Black is King does not depict any particular historical figures from this stratum of African elites. (Some of the movie’s costumes pair leopard skin prints with finely tailored suits in a style that is reminiscent of flamboyant statesmen such as Mobutu Sese Seko of the Congo.) However, by presenting the African leisure class as an object of adulation, the film glamorizes private accumulation and the kind of empty materialism that defined the comprador officials who oversaw Africa’s descent into neocolonial dependency.

Black is King is, of course, a Disney venture. One would hardly expect a multinational corporation to sponsor a radical critique of social relations in the global South. (It is worth mentioning that in recent years the Disney Company has come under fire for allowing some of its merchandise to be produced in Chinese sweatshops.) Small wonder that Disney and Beyoncé, herself a stupendously rich mogul, have combined to sell Western audiences a lavishly fabricated Africa—one that is entirely devoid of class conflict.

Anticolonial theorist Frantz Fanon once warned, in a chapter titled “The Pitfalls of National Consciousness,” that the African postcolonial bourgeoisie would manipulate the symbols of Black cultural and political autonomy to advance its own narrow agenda. Black is King adds a new twist to the scenario. This time an African American megastar and entrepreneur has appropriated African nationalist and pan-Africanist imagery to promote the spirit of global capitalism.

In the end, Black is King must be read as a distinctly African American fantasy of Africa. It is a compendium of popular ideas about the continent as seen by Black Westerners. The Africa of this evocation is natural and largely unspoiled. It is unabashedly Black. It is diverse but not especially complex, for an aura of camaraderie supersedes its ethnic, national, and religious distinctions. This Africa is a tableau. It is a repository for the Black diaspora’s psychosocial ambitions and dreams of transnational belonging.

What the Africa of Black is King is not is ontologically African. Perhaps the African characters and dancers who populate its scenes are more than just props. But Beyoncé is the picture’s essential subject, and it is largely through her eyes—which is to say, Western eyes—that we observe the people of the continent. If the extras in the film are elegant, they are also socially subordinate. Their role is to adorn the mostly African American elites to whom the viewer is expected to relate.

There are reasons to relish the pageantry of Black is King, especially in a time of acute racial trauma. Yet the movie’s mystique of cultural authenticity and benevolent monarchy should not obscure the material realities of everyday life. Neoliberal governance, extractive capitalism, and militarism continue to spawn social and ecological devastation in parts of Africa, the Americas, and beyond. Confronting those interwoven realities means developing a concrete, global analysis while resisting metaphysical visions of the world.