No African Women Allowed: Equality in the Age of Terrorism 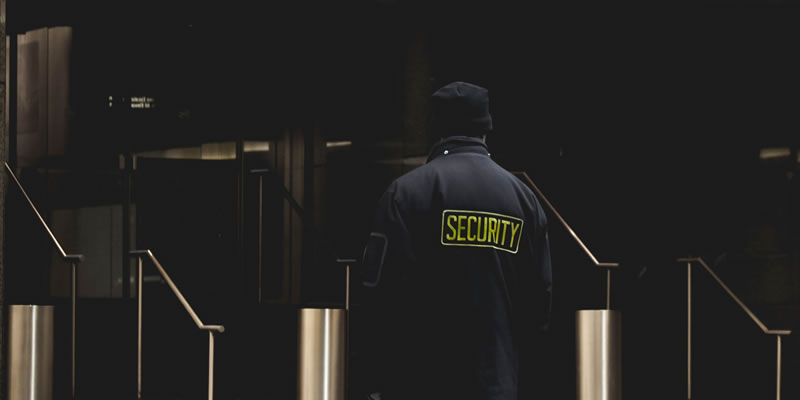 Before the age of terrorism, security guards were the bane of my life. It goes back to my youth. When I was a young woman, getting into a hotel in Kenya with my dignity intact was never guaranteed.  I was eighteen years old when a watchman first followed me to interrogate me. When I stopped, he rudely asked me what I wanted at the hotel and proceeded to accuse me of being a prostitute. I remember being astounded at his audacity and wondering how he could mistake me for a prostitute since I wore glasses.

Over the years I became accustomed to being harassed and humiliated by watchmen as I tried to access hotels and restaurants. The coast was the worst. Here, even being an employee of the United Nations did not spare me, despite the fact that it was clear to all that I was the organiser of a particular workshop or conference at a particular coastal hotel. I was a young African woman and so for the security personnel at these hotels, I could only be a prostitute.

I often watched as grubby white backpackers, wearing pati pati slippers on their cracked dirty feet, were ushered into hotels denied to me by watchmen wearing fake smiles so wide their mouths were at risk of being ripped apart. Later I found out that these watchmen were being purposefully malicious. They knew the sex workers and had arrangements with them, allowing the women to conduct their business unhindered – for a fee, of course.

So forgive me as I crow at the new security dispensation that has made everyone a security threat and which limits access to public spaces in equal measure to everybody, black, white, male, female, young, old. This is security equality. Terrorism has given these establishments and their security operations “real” danger to pursue. An informal poll I conducted amongst a few young African women shows that there really has been a shift in hotels and other establishments, and security guards no longer police their presence quite as insistently – you won’t be singled out as a woman so explicitly as was the case in the past.

This curious “equality in the age of terrorism” started after the August 7, 1998 United States embassy bombings in which over 200 people were killed and over 5,000 were injured in nearly simultaneous truck bomb explosions in Nairobi and Dar es Salaam. But even after the horrors of the 1998 bombing, the checks were still hasty and haphazard, and many of us still chose when to comply and when to ignore them. Considering my previous history with security guards, I was especially rebellious in retaliation for the harassment I had endured when I was a powerless young woman. I frequently refused to submit to security checks.

But then something happened on December 31st, 2011, and seemingly overnight, Kenyans began to religiously comply with the expanding security protocols. I was no exception. I credit a young woman named Rebecca Kerubo, a security guard for this transformation. This is how it happened.

It was New Year ’s Eve, 31 December 2011, when Nancy Baraza became the new Deputy Chief Justice (DCJ), the first woman to hold such a lofty post in Kenya. On that day, the DCJ walked up to the security desk at the Village Market, an upmarket mall, and proceeded to engage in an inexplicable act of “abuse of power”. The Deputy Chief Justice, who is charged with a supporting role in upholding the rule of law in the country, allegedly pulled the nose of a security guard called Rebecca Kerubo, threatened her with a gun and also purportedly instructed Kerubo thus: “You should know people!” a phrase that made its way into popular parlance. All this because Kerubo had the temerity to insist that the DCJ submit herself to being searched like all other mortals as she entered a city mall. The DCJ lost her job.

Nancy Baraza felt herself above a routine security check, and now because of Rebecca Kerubo, I and most residents of Nairobi have become very well behaved. When approaching the security detail at the entrance of a building, we stop and offer ourselves for the search even before we are asked.

After the Kerubo affair (or the Baraza saga), we understood that a female security guard may not have the ability to protect us from much, but she does have the power to take us down. We understood that a woman who over time had garnered some power of her own, through hard work and connections, could easily lose everything. For a woman, there are no second chances.

The latest high profile terrorist attack that took place at the DusitD2 hotel complex on January 15, 2019 has again led to additional layers of security. Several establishments have since added sniffer dogs to their security.

These layers of security are not without costs. One of the things I have noticed over the years is how much my relationship with Nairobi has changed. I used to own Nairobi and roamed large swathes of the city. A visit to a relative in Buru Buru could be followed by a trip to watch a movie in Westlands and end with a party in Karen – all on the same day. But today security concerns and traffic jams restrain my movements to a few neighbouring locations and it is now not surprising when I go six months without visiting the central business district. It has become easier to travel outside of the country than to visit some parts of this city.

But what does the future hold when there is already a generation who do not know a world without the threat of terrorism and the security consequences it has brought with it? My generation was marked by the threat of HIV/AIDS and its import. At the height of the epidemic, 700 people died every day.

But change did come. Those of us who escaped by changing how we approach sex, or by just being lucky, grew up and stopped being in the risky age cohort. Perhaps even this threat of terrorism and the security apparatus it has spawned will end someday.

I left the shores of my own safe home,
To wander far and wide,
A ship adrift in foreign storms
In search of new adventure
Out of the blue from winding queue,
I alone am called.
“Yes you, madam just follow me,”
“We want a word or two,”
“We won’t be long,” the woman said
She smiled her mouth stretched wide,

I stepped aside and followed swift,
Quite curious now to play this game
To see where it would lead.
And soon enough with little fuss the two start interrogation,
A sharp barrage of questions, to maximize intimidation.
“Where are you going Madam?”
“Where have you come from Madam?”
“What were you doing there Madam!”
“And why Madam!”

I looked at those two and chose my attack.
I decided to purr like a cat.
And hid my claws for grand effect,
I must confess, I was going to play.
“Giving a keynote address at a conference”
I spoke with divine composure.

“What do you mean Madam?”
The man asked.

“I was the guest of honour,”

I followed kindly enough with two new questions
“Are you surprised?
Don’t I fit your bill?”

I now spoke motherly sweet,
“Is it my height, or perhaps my weight?
Or maybe my hair or rather that it’s not there?
“I know,”
I explained some more.
“I cut it off, first in girlish pride.
Only to expose a pleasing shaped head,
I chose to keep it,”
See it in profile, at its very best.
I urged them both,
“But don’t touch!
That’s out of bounds, I will not abide your hands on my head.”

The woman spoke up.

“In these days you can’t be too careful,
The pattern has changed,
The world is upside down,
Women have joined men in their criminal ways,
They are shooting and killing and robbing some banks!
Now, we make no assumptions.”

She blinked in rapid succession.

“Don’t take it like that,
We are doing our job,
We are highly trained,”

I growled down low,

“Is that work, to lay in wait for me,
Oh lucky me, oh, what joy,
My very own welcoming committee!
How did you know I was passing through?
When this is but my very first time with you?”

The innocent man spoke up some more,
Unaware of the threat in my molten voice

“Oh madam, we don’t mean to offend,
I am employed to guard the nation,
We are highly trained in detection,
We are alert to stop all intrusions.
You know these days there are dangers and more,
Al-Qaeda, Al Shabbab, and other terrorists afoot,
Spreading dread from state to state.
And ours is no exception.”

I looked at him who had just spoke
With honest aplomb and certain clear tones
So sure of his words.

And I started to snarl.
The cat became lioness hunting her prey.

“Oh thank you kind sir for that wise explanation,
I see your point in its full summation,
Those terrorists are truly exasperating,
Endangering innocent lives.

I just wanted to know.
How many of them have been like me?
Beautiful and brown I mean.
A woman, that is, from Africa?
Take your time, do not haste and make a mistake
I am sure you have facts from the Internet,
Of scary insurgent women,
From the Dark Continent,
Who have blown themselves up for a peculiar cause?
Do let me in on your special report.”

I watched for a while with the grip of my eye,
Slowly I resumed my speaking.

“So it is I with terrorist look, I alone in this colourful crowd?
I see a flaw in this deduction that could cost you a nation.
I offer you aid for no special reward,
Look at that man he has squinting eyes,
To me he is doubtful don’t you think?
That other one, and that one as well,
I count a dozen, more hostile than me,
Why not call them as well,
Really, I could do with the company,
So alone am I here all by myself”

And this last I speak for all to hear

The two are taken aback,
They turn to exchange incredulous looks,
Abruptly they send me away
“OK Madam, you can go!”
They say, as if dispensing a favour,
But the feline in me, won’t leave, not so soon, not yet,
I hold my look and watch them some more,
And when I am done, turn slowly to go.