Mali’s Unconstitutional Change of Government: Rules Are Made for the People 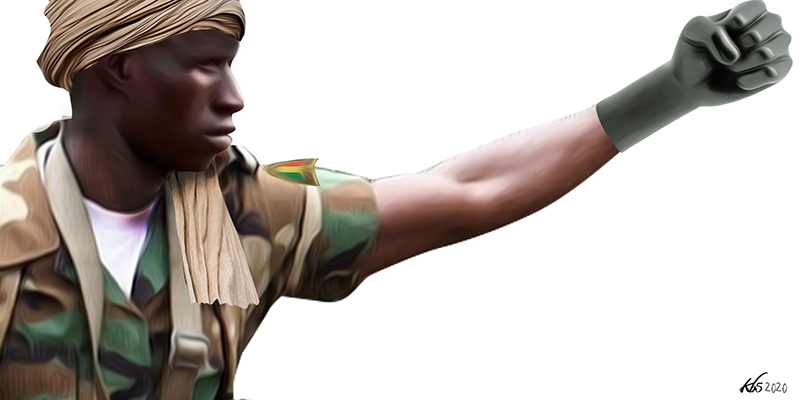 That declaration was informed by events which occurred in the 1990s as Africa was grappling with the end of the Cold War, including the rigged Nigerian vote of 1993 which deprived Moshood Kashimawo Olawale Abiola of a clear electoral victory; the October 1993 coup d’état in Burundi which cost the life of President Melchior Ndadaye who had been in power for only 100 days; the coup d’état in Sierra Leone in 1996 when Vice President Julius Maada Bio removed the 25-year-old putschist Valentine Strasser, and many other events which stood in the way of the consolidation of the new-found democracy.

It is in this context that the Lomé Declaration was adopted. The AU Assembly Decision (Assembly/AU/Dec.269) of 2010 and the Lomé Declaration form the legal basis for the African Union’s pronouncement on Mali. At the outset, I need to clearly state that I am fundamentally opposed to coups d’état. Power should be changed only through the ballot box. That being said, I also believe that election is not a blank cheque on which leaders can write whatever they like. Elected leaders ought to lead responsibly, in keeping both with the terms under which they are elected and the accepted good governance practices. The African Charter on Democracy, Elections and Governance, sets the continental line which African countries need to toe for lasting stability.

In return for their trust, citizens expect good governance, human rights, accountability and the rule of law. In that perspective therefore, leaders whose tenure in power is characterised by killings, plunder of resources, vote rigging… run the risk of facing popular uprisings and coups to remove them from power.

In spite of the existence of a strong continental doctrine on unconstitutional changes of power, Africa has experienced some “interesting” situations over the last 10 years. These include in Niger where President Mamadou Tanja was deposed on 18 February 2010 after dismissing parliament and changing the constitution; in Burkina Faso where General Gilbert Diendéré overthrew a month-old transitional government in September 2015, and more recently in Zimbabwe where the army took over in a soft coup that ended the 37 years of Robert Mugabe’s rule in November 2017.

Africa’s recent history shows that coups are carried out by two categories of people: those who want an easy grab of power without going through the electoral process, generally protecting personal or (ethnic) group interests; and those who, legitimately, take advantage of a volatile situation which, if not addressed, affects the entire society, the economy and indeed undermines the people’s future. It is possible that Mali’s recent coup was motivated by the latter—taking advantage of existing legitimate grievances to change the course of the country.

Since former President Ahmadou Toumani Toure—popularly known as ATT—left power in 2012, Mali’s recent past has known many torments. Attacks by secessionist/terrorist groups in the north have led to thousands of deaths and Internally Displaced People (IDP), and the intervention of foreign troops. Indeed, at the invitation of Malian authorities, an intervention by French troops (codenamed Operation Serval) helped contain the secessionist attacks in the north. Later renamed Barkhane, the operation was joined by a multilateral force, the United Nations Multidimensional Integrated Stabilisation Mission in Mali (MINUSMA). In one of the most direct consequences of the international intervention and the subsequent collapse of Libya, citizens in the north (in places such as Gao and Kidal) left their homes as rebels advanced.

The situation in Mali has degraded significantly since the March-April 2020 controversial parliamentary elections. Despite several diplomatic efforts by the Economic Community of West African States (ECOWAS), including the latter’s Special Envoy’s last trip to Bamako, the situation on the ground did not let up, with the political environment worsening by the day. The ongoing war against terrorists in the northern and central regions has only contributed to further complicating the situation. The coup in Mali did not therefore come as a surprise to many; the signs had been there for many months, with thousands of people from all walks of life taking to the streets.

As expected, the African Union, ECOWAS, the United Nations Security Council and the European Union have all condemned the August 19 “colonels coup”. As to whether President Ibrahim Boubacar Keita (IBK) is capable of governing the country in the current context, recent events have proven that his time is gone. Considering the months of political chaos that preceded the coup, what guarantee is there that there will not be a repeat of such events in the foreseeable future? President IBK had a chance to form a government of national unity months ago but this remained a mere intention. The manoeuvers by the constitutional court around the disputed March 2020 electoral process only contributed to the increase in the numbers of demonstrators who defied the outbreak of COVID-19 to seek the departure of the President.

The ECOWAS Extraordinary Summit ruled on 20 August that IBK be reinstated as President. From a purely legal perspective, the Summit did not have many options considering the high-level diplomatic process the regional organisation had already put in motion over the previous weeks of political unrest. The ECOWAS decision, in its form and substance, cannot be implemented inside Mali. The ruling military controls all the levers of power and is perceived by the Malian people (and more and more by some international actors) as the de facto leading body.

The ECOWAS decision is reminiscent of Burkina Faso in 2015. However, the two countries are very different and the level of acceptability of the change is different. The 2015 coup in Burkina Faso was totally rejected by the people who, a year before, had put a dramatic end to Blaise Compaore’s 27 years in power. On the other hand, the 2020 coup in Mali has been at best embraced by the people and at worst tolerated. How then is it possible to impose a leader on a people who have shown their interest in fundamental change and have embraced the coup?

The current situation in Mali is certainly another test for the African democratic experiment and a challenge to our regional bodies. It is a battle between the people of Mali (in their rights, derived from the African Charter on Human and Peoples’ Rights, art.20, i.a) on the one hand, and the ECOWAS, on the other hand. When the people’s freedoms, rights and aspirations are systematically violated, no organisation has the means to stop the wind of change which blows from every abode; this is not a call for violent uprisings but a statement of fact.

As stated earlier, the ECOWAS solution, in its current packaging as contained in its 20 August 2020 Declaration, will not succeed in having IBK reinstated and this is because of its failure to recognise the real situation on the ground.

There is also a legitimate concern that the tough stance taken by ECOWAS in Mali is meant to stave off any attempts of dissenting voices to take over the leadership in other West African countries where there is ongoing debate on the legitimacy of “third” terms which some leaders have been seeking. Ironically, some of the “third termers” were very critical of the late President Nkurunziza of Burundi in 2015, despite the peculiarity of the situation in Burundi.

As ECOWAS grapples with the situation in Mali, it needs to recognise that the doctrine of “unconstitutional changes of government” has been evolving. In the beginning, it only meant the return to power of deposed leaders. But it is not always easy for deposed presidents to effectively govern their countries in situations like the one currently prevailing in Mali. It is worth recalling that President Hosni Mubarak of Egypt was overthrown on 5 July 2013 following weeks of massive popular demonstrations that came to be known as the Arab Spring. The AU imposed sanctions on Egypt “until the restoration of constitutional order”, with the Peace and Security Council of the African Union (AUPSC) adding that “the overthrow of a democratically elected President . . . falls under the definition of an unconstitutional change of Government”.

A return to the status quo ante was not possible. Egyptian officials argued that what happened in Egypt was not a coup but a “popular revolution”. After the Transitional Military Council took power following the fall of President Omar Al Bashir, and owing to the massive civil demonstrations, the AUPSC decided on 6 June 2019 to suspend Sudan from the AU until “the establishment of a civilian led government”. It did not call for the return to power of Al Bashir. Instead, the AU and IGAD (through Ethiopian premier Abiy Ahmed) brokered an agreement that paved the way for a civilian transition.

It is therefore imperative that ECOWAS finds a balance between recognising the legitimate grievances of the population and the need to maintain stability. It must avoid being perceived as opposed to the interests of the people. The Lomé Declaration, the Protocol on the Peace and Security Council and the Protocol on Democracy and Good Governance are critical. However, their interpretation and application must be flexible and must take into consideration the real situation on the ground.

Sanctions in the form of an embargo only punish the masses. In the current global context of COVID-19, an embargo on Mali would only contribute to worsening an economic situation which is already difficult to say the least. The legitimate grievances of the people of Mali must come before the interests of regional and international actors. It is our hope that the next ECOWAS Summit will “rewrite the script” on Mali. The ECOWAS mediator in Mali, former president of Nigeria Goodluck Jonathan, continues efforts on the ground where even other international actors are meeting the “colonels”, the new big boys in town. In all these efforts, people should come first. It’s all about them.