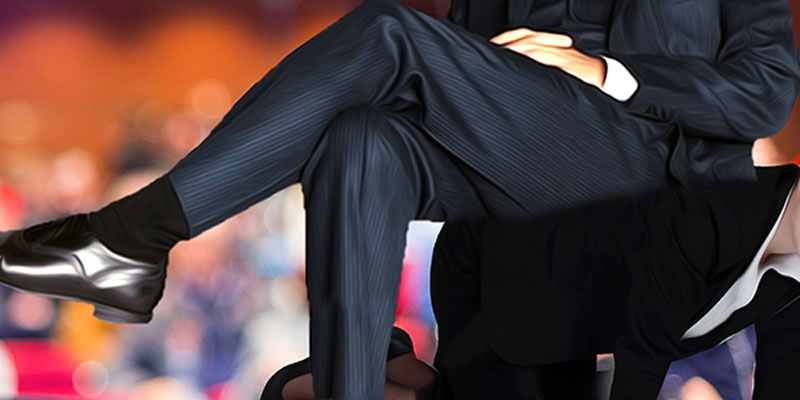 In an interesting judgment delivered earlier this month, the High Court of Kenya at Nakuru held that the housework and care-work performed by a female spouse (the plaintiff) entitled her to an equal share of the matrimonial property at the time of the dissolution of marriage. The facts of MW v AN were that the parties were married in 1990, separated in 2003, and divorced in 2011. The dispute centred on the fate of a house constructed at Nakuru. While the house was registered in the name of the male spouse (the defendant), the plaintiff argued that she had taken out extensive loans to finance the purchase of the land and the construction of the house. Moreover, despite having a job herself, she had been the sole caregiver in the family. The defendant, for his part, argued that not only had he bought the plot on his own, but had also been providing financial contributions towards the upkeep of his wife.

The High Court of Kenya at Nakuru held that the housework and care-work performed by a female spouse (the plaintiff) entitled her to an equal share of the matrimonial property at the time of the dissolution of marriage.

Justice Mumbua Matheka observed that Section 6(7) of the Matrimonial Property Act of 2013, matrimonial property “vests in the spouses according to the contribution of either spouse towards its question, and shall be divided between the spouses if they divorce or their marriage is otherwise dissolved.” In Echaria v Echaria, it had been held by the Court of Appeal that where there was a “substantial but unascertainable contribution” by both parties, a default rule of equal division would apply. The question, of course, turned upon the meaning of the word “contribution”.

In this context, Justice Matheka observed that “contribution” would have to include not only tangible financial contribution, but also the “unseen” contribution of housework and care-work. In paragraph 38, she observed:

This other part of mothering, housekeeping and taking care of the family is more often than not not given any value when it comes to sharing matrimonial property. It is easy for the spouse working away from home and sending money to lay claim to the whole property purchased and developed with that money by the spouse staying at home and taking care of the children and the family. That spouse will be heard to say that the other one was not employed so they contributed nothing. That can no longer be a tenable argument as it is a fact that stay at home parents and in particular women because of our cultural connotations do much more work (house wives) due to the nature of the job . . . hence for a woman in employment who has to balance child bearing and rearing this contribution must be considered. How do we put monetary value to that process where a woman bears the pregnancy, gives birth, and takes care of the babies and where after divorce or separation she takes care of the children single handedly without any help from the father of the children. . . . Should this court take this into consideration when distributing matrimonial property where the husband as in this case is left in the matrimonial home where the wife rents a house to provide shelter for herself and the children? I think it should count, especially where the husband has not supported the raising of the children, has not borne his share of parental responsibility.

Furthermore, this would have to be determined by evidence:

It is time that parties took time to give evidence, sufficient enough to support the value to be placed on the less obvious contribution. It is unfair and unjust for one party to be busy just making their money (the ‘seen’ income) while the other is doing two or three other jobs in the family whose income is ‘unseen’ and then claim this other one did nothing. This attitude is so entrenched we still hear women especially who are housewives say: sifanyi kazi (literally I do not do any work) simply because they do not leave the home to go earn money elsewhere.

Consequently, Justice Matheka held that notwithstanding the fact that the matrimonial property was registered in the name of the husband, the maximum “equality is equity” would apply, and that consequently “the property be valued, sold and each party have 1⁄2 share of the proceeds of the sale.”

Justice Matheka’s judgement is important because of the explicit recognition it gives to “unseen” and unpaid housework, within the context of domestic relationships; as has been well established by now, across the world and across societies, within the institution of the family, the burden of such work is gendered in nature (see, e.g., The Second Shift) – and often, unseen and unpaid domestic work by the female spouse is what “frees up” the male spouse to enter the labour market and engage in the kind of financially remunerative work that, ultimately, results in (for example) matrimonial property being bought with “his” money, and therefore registered in his name. Thus, departures from traditional notions of property are essential in order to do justice in and within the institution of the family.

It is important to contextualise this judgment, both within the framework of Kenyan and comparative law. In Kenya, the default position used to be (as in many other countries) that only financial contributions were to be taken into account in calculating respective shares in the matrimonial property upon dissolution of marriage. Explicitly seeking to change this, the Kenyan Constitution of 2010 contained Article 45(3), which – borrowed from CEDAW – states that, “Parties to a marriage are entitled to equal rights at the time of marriage, during the marriage and at the dissolution of the marriage.” In her book, Equality in Kenya’s 2010 Constitution (2021), Dr Victoria Miyandazi notes that the intention behind Article 45 was, inter alia, to address “harmful practices such as . . . unequal claims to matrimonial property upon divorce.” In Agnes Nanjala Williams vs Jacob Petrus Nicholas Vandergoes, the Court of Appeal directly applied Article 45 between two private parties to mandate an equal division of assets between the spouses, even in the absence of a statutory framework (“horizontal application of rights”).

Justice Matheka’s judgement is important because of the explicit recognition it gives to “unseen” and unpaid housework.

This position, however, was arguably overruled by the Matrimonial Property Act of 2013, which required judges to take into account the relative contributions of the spouses (as indicated above), but also explicitly specified that the word “contributions” included “domestic work, childcare, and companionship.” The Matrimonial Property Act was challenged by the Federation of Woman Lawyers on the basis that the displacement of the 50 per cent rule in favour of “non-monetary contributions” would restore the gendered inequality within marriage, based on the difficulty of calculating non-monetary contributions. This challenge, however, was rejected by the court.

In that context, the judgment in MW v AN is important, as it essentially restores the position of the default equality rule where there is evidence of “non-monetary contribution”, and allays fears that judiciaries that might not have entirely broken out of patriarchal norms will use the vagueness of the statutory clause to devalue housework or care-work.

Furthermore, this is a position that has been advanced by progressive courts across the world. Perhaps the most outstanding example is New Zealand, where the Property Relations Act of 1976 established a presumption of equal sharing at the time of dissolution, and specifically provided that financial contribution was not to be treated as weightier than non-financial contribution. In numerous judgments interpreting the Property Relations Act, the New Zealand courts have interpreted it with a view towards fulfilling the statutory purpose of achieving the “equal status of women in society”, holding, for example, that wherever the provisions of the Act were ambiguous, the default presumption would be in favour of the property being matrimonial/joint (and therefore, subject to equal division).

The judgment in MW v AN is important, as it essentially restores the position of the default equality rule where there is evidence of “non-monetary contribution”.

Indeed, Justice Matheka’s language is also remarkably similar to a 1992 judgment of the Colombian Constitutional Court. In Sentencia No. T-494/1992, the Constitutional Court was considering the eviction of a widow from the matrimonial home; the widow’s non-monetary contributions had not been taken into account in determining whether or not she had a legal interest in the home. The Constitutional Court noted that such a position would have the effect of “invisiblising” domestic work, and deepening inequalities within social relations. The court went on to question the “artificial” distinction between “productive” and “non-productive work”, and noted that refusal to factor in unpaid domestic work would violate the Colombian Constitution’s guarantee of equality and non-discrimination.

The judgment of the Kenyan High Court, thus, joins a global constitutional conversation of how institutional inequalities within the family may be judicially redressed; and it also, I submit, advances the goals of Article 45(3) – itself a fascinating constitutional provision. For these reasons, it deserves careful study by students of comparative constitutional law.