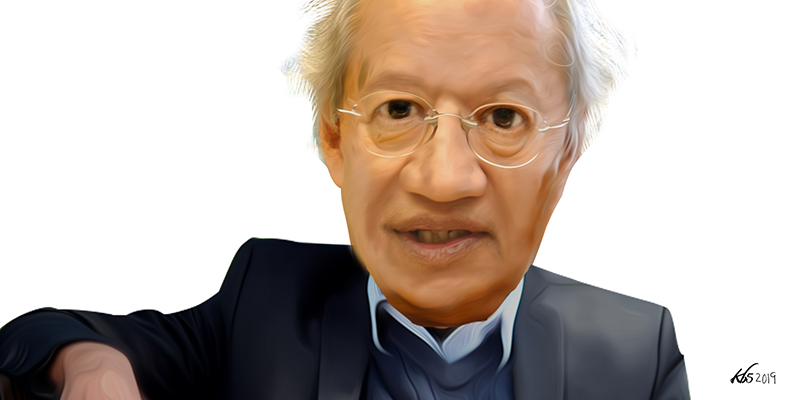 In 1989, after 11 years at the University of Warwick in the United Kingdom, Ghai applied to a new opening at the University of Hong Kong, which was interested in hiring a professor who could work on the island’s impending change of sovereignty. Ghai was interested and felt it would give him a chance to broaden the scope of his work and expertise. When the Tiananmen Square massacre occurred on the eve of his interview, however, Ghai – appalled at the Chinese government’s violent attacks on pro-democracy protesters – considered backing out. He recalls, “But then everyone said, ‘This is exactly why you must go.’ So I went.” Tiananmen Square reminded him, however, of what he would be faced with as he took on the challenge of analysing and assessing the nature of what would be a new relationship between China and Hong Kong.

As the first Sir YK Pao Chair of Public Law, Ghai became an expert in what is known as Hong Kong’s “basic law,” the law that rules Hong Kong as a special administrative region of China. His book, Hong Kong’s New Constitutional Order: The Resumption of Chinese Sovereignty and the Basic Law, became a primary reference text, including for Hong Kong’s Court of Final Appeal justices, who carried the book to court. Ghai also published extensively on Hong Kong’s judiciary, relations with China, and the “one country, two systems” structure.

Ghai considers his seventeen years in Hong Kong to be defining. He believes his ability to bring a new perspective to the relationship with China was important. “Ironically, they learned more about China from me! And I found Hong Kong and the people there very nice. The place was stimulating.”

Indeed, Ghai soon found that stimulation would come not just from the challenge of a new academic area of expertise but from a special role as negotiator between the Chinese and the British, on behalf of the United Nations, and between the Chinese and officials from Hong Kong. When he was first approached by the Chinese, he was surprised. When he asked why they had come to him, they told him that they had heard a lecture Ghai had given about colonial rule. “I had been very critical, talking about how important it was for countries to find their own destinies and to be able to come up with their own methods and designs of rule. They liked that very much.” Ghai accepted the invitation to be a part of the legal team that helped negotiate what parts of British law would be retained, but he quickly found himself in an uncomfortable position. Ghai stood up to Chinese pressure, defending Hong Kong’s stance that certain laws should not be retained. “You can’t have a bill of rights,” Ghai explains, “but then say that the sovereign power can do what they want. I said, ‘I’m sorry, but I can’t continue on this basis’. It made no sense.” Ghai went on to write a report outlining his views on the transfer of power, eventually handing it to both sides. “China didn’t like it,” he recalls, “but I was not doing it for them.” By this time, Ghai says, his relationship with the Chinese had become “quite difficult.” Even then, however, the British pointed out that Ghai remained trusted by all sides. Indeed, when the British wanted to break their deadline with China, and asked China whether Ghai could preside at their meeting, the Chinese had no objection. 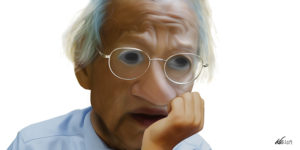 Read also: The Indomitable Yash Pal Ghai: The Father of the Constitution

Hong Kong was also home for another reason. After a few initial visits, Cottrell Ghai received a job offer, also becoming a law lecturer at the University of Hong Kong. The couple were married in 2003 and Cottrell Ghai remembers, “It was the day I retired officially, the 30th of June in 2003. Yash’s kids were visiting and my niece and her partner were visiting. We decided to get married when the kids were there so there were six of us in the registry office. A very sweet young lady who had the job of marrying us had to give us a little pep talk on the responsibilities of marriage and looked suitably embarrassed about giving that talk to people in their 60s. My niece and Yash’s son were our witnesses and then we had lunch in a nice Chinese restaurant . . . and then Yash and I went back to a Faculty meeting”. It was understated, to say the least, and yet completely characteristic of the couple.

It was also while working in Hong Kong that Ghai had the opportunity to work with the Dalai Lama, an experience that Ghai remembers as one of the most meaningful of his life. When China showed openness to talks, Ghai served as an adviser to the Dalai Lama’s team. The request was “a great honour,” says Ghai. After months of preparations and rehearsals, Ghai prepared to fly to Beijing. At the last moment, he was informed that he would not be permitted to enter the country. “I had written quite a bit about China’s relationship with Hong Kong, and by that time I was out of favour.” He continued, however, to guide them via daily phone calls. “The Chinese spent time showing them the Great Wall and wasting time. They made no progress. The Chinese [government] are such bastards. They just played them.” Despite the disappointing nature of the talks, Ghai smiles as he remembers the experience, naming it as his “favourite” mission. “I admire him,” Ghai says of the Dalai Lama. “He is gentle, he has a great sense of humour and a clear vision. I’ve never known him angry.”

Ghai officially retired from the University of Hong Kong in 2006, but his international work continued. His work since retirement has been based in a diverse array of countries, including Iraq, Nepal, Ghana, South Sudan, Libya, Tunisia, the Philippines, Zimbabwe, and continuing work in Fiji. In addition, in 2005, former UN Secretary General Kofi Annan appointed Ghai to be his Special Representative on Human Rights in Cambodia. The assignment was the continuation of a longstanding interest in the country. In fact, while in Hong Kong, Ghai had accepted an assignment in Cambodia with the UN. One thing he did during that period was to encourage Cambodian civil society organisations, helping to reinvigorate them and promote their human rights promotion work. His UN mandate allowed Ghai to continue offering support to civil society groups, and he is especially proud of his ability to have revived the NGO sector. He was quietly encouraging, giving them the confidence they needed to pursue their goals. “I always had to ensure them that nothing would happen to them for coming to see me. Eventually, there was a big sign in the UN office: ‘Civil society, come and see Yash Ghai.’” Over time, however, Ghai became increasingly frustrated with the UN’s lack of support. Ghai remembers pleading with the UN to march with him on Human Rights Day. “No one came,” he remembers. It was a difficult time, especially as Ghai’s criticisms of the government’s disrespect for human rights made him the personal target of the Cambodian prime minister, who referred to him as an “African savage.” Ghai worried for those who associated themselves with him – especially in civil society – as he felt they were in jeopardy. Eventually, when the UN refused to stand up to the prime minister, Ghai stepped down from his position. 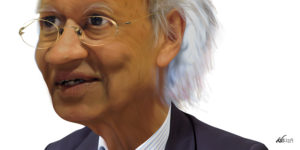 Ghai took a similarly strong stance when working for the UN in Nepal, where he headed a team helping to establish a new constitution in the wake of a peace agreement between the government and Maoist rebels. Ghai felt it was important to understand all sides, and he made it a priority to meet with all the communities and political parties, including the Maoists, so as to understand their positions and expectations of the future. When Ghai noticed a clear pattern of discrimination against the marginalised Dalit community, he made a special effort to work with them. He particularly recalls an occasion on which he had invited a number of guests from within the UN to lunch to explore various issues. When he noticed that hardly any Dalits had come, he asked his secretary to ask them to join. “They did indeed come,” Ghai remembers, “but they were carrying their own plates and spoons.” When he asked a friend why Dalits were the only people to bring their own cutlery, the explanation was that they were not allowed to eat from the “normal” cutlery. “I was aghast to hear that—in the UN! I urged the head of UN to stop that ‘rule’ and give everyone equal rights. And I urged the Dalits to recognise that they had the same rights to the UN facilities as everyone else.”

Ghai’s advocacy for Dalit rights caused some controversy, especially amongst a small group of senior Nepalese. As the negotiations to begin the formal constitution-making process made progress, one senior public servant attempted to prevent Ghai from having a role in the Constituent Assembly. Ghai, who was initially inclined to push back, eventually worried that this might cause tension, delays and even resentment towards the Dalit members of the Assembly. He withdrew from any formal role in the Assembly, opting instead to act as an informal adviser to various groups.