Land, Dance and Finding a Way Through This Painful Life Together 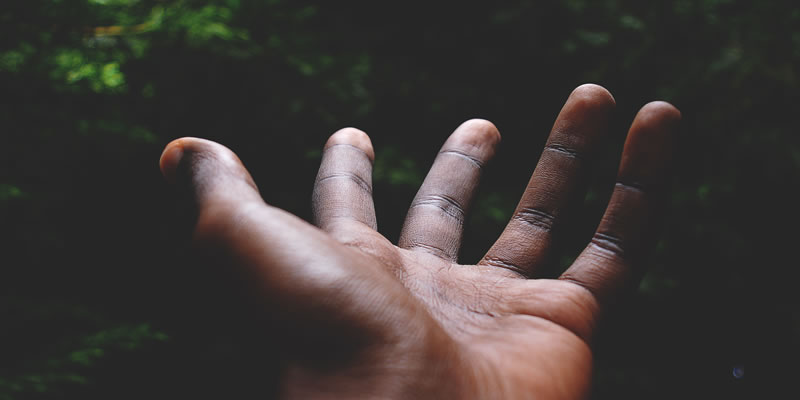 For British colonisers, the lands that now form Kenya were a space that needed to be traversed on the way to the ‘Pearl of Africa’, Uganda.

The Pearl of Africa was a place where kingdoms, a form of governance recognisable to colonisers from a kingdom country, existed. It was the place where the long-sought source of the Nile was found, and with it the assurance of outwitting challengers to the control of Sudan and Egypt. In Uganda, on top of the cotton varieties they found, the British saw potential for commercial cotton production. A place rolling with greenery, lots of rain, lakes and rivers, teeming with flora and fauna. Winston Churchill visiting in 1807 recommended that Britain should “concentrate on Uganda” whose people, climate, scenery and vegetation were “different to anything else in Africa”, and his statement reaffirmed the title of Pearl that had been given to Uganda earlier by other colonial scouts, Speke and Stanley.

However, to get to the Pearl there was the problem of a strip of coastal lands controlled by the Sultan of Zanzibar (and having had numerous other controllers in centuries prior), and the vast lands and peoples in between the coast and the prized kingdoms. No such fancy names as Pearl were reserved for what was to become Kenya and Kenyans. We were in the way. When the Uganda Railway (note the name), proved expensive, the lands and people that now form Kenya were dispossessed of their inherent value and of themselves, made objects, and turned to profit-making to enable this venture.

The first violence remade land into an inert source of potential capital to be realised through exploitation by a colonial State, and now by a post-independent and still colonial State. Life was rethought dead, chopped up and offered at a cheap price to profit settlers, who were producing value, to enable the journey to the Pearl. It was violence peoples’ bodies, being-ways, knowledge-ways, economies, cultures, and psychologies, on their embodied and unembodied earth relations, and on the interrelationships amongst them.

The dispossession and appropriation that birthed the Kenyan State in the late 1800s, did not end with flag independence in 1963, but was reinforced, frozen, made ‘State-ic’.

Peter Ekeh helps me understand how. In a theory of two publics which I think of as the two Africas, the psychological disruption of Africans who participated in the colonial system caused an unsettlement. To regain equilibrium, these unsettled Africans attempted settlement by being better at being the coloniser than the colonisers were. They regained a kind of psychological balance by being better at performing violence than those who first performed violence on our spirits, human, Earth and ancestral.

This goes on even today. Newspaper headlines regularly detail the numerous ways in which lands and bodies turned into things are appropriated and made disposable for the benefit of the few in State. It happens so frequently and so efficiently that we are numb, frozen, as we watch and hear play-by-play accounts of who can violate us more, like commentary in a football match.

Slowing down enough to feel the pain

Violence hurts. Violence injures. One common response to violence is to brace oneself and keep moving. After all no use in crying over spilt milk, right? And there is so much more that needs doing, who has the time to feel? Not feeling is a powerful protection against potential future vulnerability and violence, and there are times we need this survival. But this does not, cannot, go on forever.

In my psychology study and practice I have come to learn that trauma which doesn’t get processed gets stuck and continues to replay until we acknowledge it and move it through our bodies and psyches. Slowing down enough to feel and witness the pain of the historic and present day violences on our spirits is far from indulgence. Rather it is what enables me, and us, to be resilient and to retain my humanity, pushing back against the actions and forces that would have me be an object with no inherent value. Here is an example:

It is August 2018. I am at a protest and memorial for the 34 humans slain during the Marikana Strike in 2012. This protest is happening outside the South African High Commission in London. Speeches are made, we sing and hold signs. A tall thin man, briefcase in hand, walks past us briskly. After he goes some distance, he turns and shouts, “You already got your independence, fuck off!” I laughed at his receding back.

What I didn’t say was “ouch.” Later that evening I am in a group workshop on racism and colonialism. We are doing some role play, and one man is taking the role of a coloniser. He says this, acknowledging a truth he didn’t even realise, “We took what we wanted, and we left what we didn’t want.”

A dam breaks and I weep. Slowed down, I can breathe my pain – the same one I couldn’t when the brisk walker shouted. In that moment I have the space to create a relationship to my own hurt and pain at the violence we and I have been through and continue to go through. Through the tears a song comes – the same one I had led at the protest: Senzeni na. What have we done? A comrade sings with me.

Even while it is not always easy or comfortable, I have learnt that I need to go through my pain to pick up my power, lest I harden, and also become a perpetrator of appropriative violence, seeking to outdo the one who was first violent towards me.

When a people are mired in the unseeing dynamics of dispossessing violence, we begin to believe that there is nothing to see in ourselves, our places, our histories after all. So I have to remind myself of all that was unseen, in order to reclaim our value.

British colonisers unsaw us and all who we are. I mean us in the full sense of community: human spirits, embodied and unembodied earth spirits (plants, animals, ancestors, and more). They unsaw the remarkable irrigation systems of the Cheranganis, the wonder of setting life to the rhythm of bee migrations, the beauty of decentralised cohesiveness in various governance systems, the science of making rains, the studied play of producing life from an equally dancing set of ecologies as pastoralists do, the connective rituals with which we ensured cycles of life, incorporating the past, present and future, and so much more.

It doesn’t help that for the majority, our upbringing doesn’t tell us of these lives and lifeways either. I recall my high school geography class for instance, which focused on how we can do more unseeing in the style of those that first unsaw us. “Tropical indigenous forests are uneconomical because they grow in mixed stand [i.e. haphazardly, going by that worldview]. Planted coniferous forest is more efficient as it enables mechanised harvest.” This is true, if your goal is to take without reciprocity. And there is no need for reciprocity where the other is a thing without value. The goal of the coloniser was to take, and to enable arrival and capture of the Pearl without putting back.

Trusting one’s body, and one’s experience of the world is not celebrated or even tolerated in the formal education forced on Africa through missionary and colonial education. School and religion alienated me and us from ourselves, and from the Earth. I, and we, learnt to trust only in our teachers and in the state-approved textbooks for knowledge.

In trying to reconnect broken relationships I am constantly re-evaluating my relationship with land and with those with whom I share this Earth – plants, animals, soil, etc. I recollect and learn new practices that reaffirm the intrinsic value and self-possession of embodied and unembodied entities that collectively share the Earth.

I do this by talking to plants and trees, approaching them as the living selves they are, and listening to what they say. Thanking my food for making its way to me. Sitting in silence by water and acknowledging how often we treat water badly. Lying on the Earth and taking the time to really feel how the Earth holds me from my heels to the back of my head, inch by inch.

Appropriative violence empties all of spirithood or personhood, making all living things parts of a machine, a means to an end. Acknowledging that I am held and nurtured by the Earth puts a pause on that lie, and helps me to be present to what kind of interaction I want to have with all my Earth relations. This replenishes my stores of care and value that I then come to the rest of life with.

What does one do when they are stuck? Move. The violence that continues to (re)play out today in ever tenacious forms is a collective violence. As I seek ways to name what happened/happens, and to see, feel and move through it, there is work that must be collectively done to repair the harms inflicted on us. Movement and movements do that for me.

Moving my body and doing so with others through dance is a form of collective healing to unstick the stuck places in order to be well, and to be well with others. Dancing with presence has become a practice to shift and move things that I cannot do only with words.

I also work to build movements that can acknowledge and heal this collective violence so that we can start again from a different place. I combine working for justice with healing in my movement building, and understanding healing to also be justice work. I think this is necessary if we are to avoid the race to outdo each other in who is better at performing appropriative violence. It is a way of rewriting our origin story to begin elsewhere. An elsewhere that acknowledges our value – all of us, human, Earth and ancestral spirits.