Not yet Uhuru: Growing up Gay in Kenya, before the Digital Age 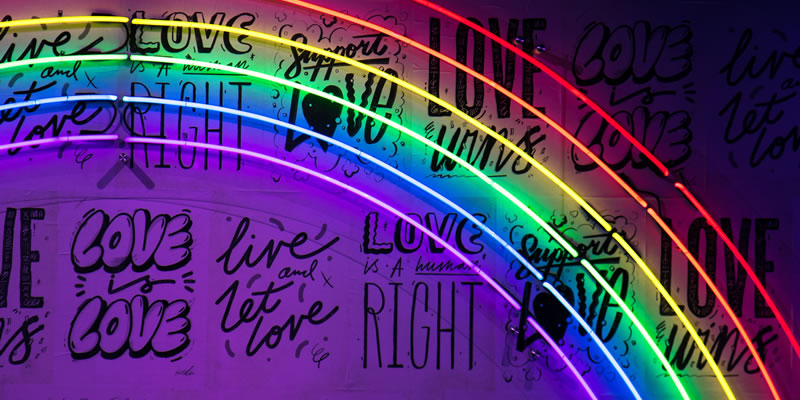 I will never forget that weekend, over 32 years ago. It was a sunny day; I was walking on Koinange Street, and was about to get onto Kenyatta Avenue, when a vivid and amazing realization hit me, “I am gay!” I was 22 years old at the time, and had been struggling for many years prior – I had become familiar with the darkness of depression and shame at the thought of being homosexual. I had prayed desperately to God to take away the feelings I had.

I knew from a very young age I was different but never actually understood what that difference was. By Class Three or Four, my brothers – I have five in total – had given me nicknames “Ciku” or “Suku” that always had me fighting with them, since they seemed to disparagingly suggest I was engaging in roles that were supposed to be for girls. I was too young to understand any of this at the time. But as I grew up and went into high school I completely got lost when my male peers started having discussion about girls. I could not understand their excitement and strategies on how they would get their first kisses or hugs. My lack of comprehension of what my peers were going through began a deep fear in me that there was something terribly wrong with me. I pretended with my friends that I understood their conversations but I failed to catch this wave of pubescent excitement.

It was not until I got into college, and luckily took a class in human sexuality, that I finally understood that I was part of the sexuality spectrum that included same-gender attraction. This realization was liberating, albeit for a very short period, because once I actually understood what this meant for me, my understanding of my family, my culture, religion, friends and everything I held dear to my life, I became petrified. I was barely 21 and was about to start a very challenging journey of shame and refusal at what was very clearly the reality of who I was. I loved my family deeply but with the realization that I was gay, I was afraid that I would be a disappointment to my loving and supportive parents. This of course led to feeling ashamed and undeserving. The prayers to God and anybody who could hear me seemed to land on deaf ears until that fateful sunny day on K-Street. It’s kind of funny how this moment happened on a street that was known to be Nairobi’s red light district. Irony, you might say.

For reasons I still do not understand till this day, I felt a divine intervention and connection in that moment, possibly with ancestors looking out for me, that finally made me stop questioning myself and finally accept how I was born and who I was. For the next many years, I realized that my realization on that sunny day was just the beginning of a very long journey of self-discovery, a different kind of struggle that comes with claiming my space in life.

With a new acceptance of myself, I began looking for people who might be going through similar experiences. This was Nairobi before the digital age and so there was no Internet, no social media, Facebook, Twitter, or anything like that. Amazingly, there were individuals going through the same thing, and often one got introduced via networks that people had made over time. The fear slowly began to ease, and I began to be excited since I now did not see myself as a problem but as someone who belonged.

Over time some of us spent long hours at various places, including Cameo Cinema on Kenyatta Avenue, talking and getting to know one another. There was a lot of cruising around on Kenyatta Avenue, where lifelong friendships and even relationships were born. I was to later learn that these encounters were happening in other parts of the city and particular bars, clubs had begun to be spaces that individuals could meet and socialize. This is why it is important to have spaces to experience oneself with people like yourself. And all this existed in pre-digital Nairobi. Today’s society might not want to believe it, but we – queer people – have always been here. These pioneering spaces, I believe strongly, were the precursors for organized LGBQTI groups that were to start in the late 1990s and really blossom in the mid-2000s.

I left Kenya soon after for further studies, and moved to New York City. There, an HIV epidemic was in high gear, affecting primarily gay and bisexual men. While in New York, during the late 1980s and into the 1990s, and working within the HIV sector, I saw dozens of my gay friends die, not only from the lack of medication then, but from also the intense stigma and discrimination they received from the society at large. With my background in health, I got immersed in the responses against HIV in the city. This included facilitating HIV-positive support groups for gay and bisexual men of African descent ( African-American, Caribbean and African immigrants), and visiting hospitals to visit abandoned gay men whose families only showed up once they had passed on. I could not, and still do not understand how a family can abandon their child simply because of their sexual orientation.

It was at this time, and I believe as a result of a lot of pent up anger at the injustices I was experiencing all around me, that I came out to my family. My thinking was if they decided to abandon me (as I had seen many of my friends experience with their families) then I wanted to be in the space where I could speak directly to that, in case it ever happened. But I was surprised – and incredibly relieved – that my brothers were supportive of me even though they did not quite understand what I was experiencing at the time.

I began my journey back to Kenya in 2006 and finally settled back home in 2008. I had come back to support the beginnings of the governmental response to the HIV epidemic affecting marginalized communities including the ‘Most at Risk’ Populations (later to be renamed ‘Key Populations’ – sex workers, men who have sex with men and people who use drugs). My experience in the US provided me with some perspective to the growing voice of marginalized communities to the HIV pandemic – I felt I had something to contribute. I was also blessed to join in the growing voices of LGBTQI activists beginning to articulate and claim their rightful spaces as full citizens of this country. Eleven years later much has been achieved by LGBTQI and other marginalized communities in both the health and legal sectors.
This is why I woke up with great expectations on that Friday, May 24th 2019. I was optimistic because within this past decade, the LGBTQI community has had some incremental but significant legal wins, many of them made possible with the promulgation of the 2010 Constitution and its progressive Bill of Rights. In 2012, for example, a transgender woman was stripped naked by the police, in the full glare of the media. The court ruled her rights had been violated and ordered the government pay for damages caused. In a 2013 case that challenged the NGO Board, which had refused to register LGBTQI organizations, the High Court held that Article 27 of the Constitution protected ‘every person’ regardless of their sexual orientation. The Court further held that permitting discrimination on the grounds of sexual orientation would be against constitutional provisions of equality and non-discrimination.

And in another 2013 case, Baby A was born with both male and female genitalia. Hospital records indicated the baby’s sex by a question mark (?) and as a result, the child could not be issued a birth certificate or, concomitantly, an identity card. The court agreed with the petitioners that this offends the child’s rights to legal recognition, erodes its dignity and violates the right of the child not to be subjected to inhumane and degrading treatment as guaranteed in both the Constitution and the Children’s Act. It was a landmark case that provided for the first time relief for intersex persons in Kenya and ultimately led to the creation of the Intersex Task Force by the Attorney General’s office.

It was with this background of the successes the LGBTQI movements have had in their engagement with the judiciary, which gave me hope that early Friday morning. But halfway through the reading of the judgment, it became clear to all around that things were not going well. When the judges stated that majority views – ‘public opinion’ – must at times prevail in rulings such as this, we knew the case was lost. The judgment made it clear that in Kenya, the existing Victorian-era colonial penal codes are here to stay.

This decision brought up many emotions for me as a gay man over the age of 50. The High Court’s conservative negative ruling basically invalidating the existence of LGBT people in Kenya was not only a body blow to many LGBTQ individuals in Kenya, but truly had me going back to 32 years ago, where shame and self-hate ruled my life. To be told, officially, by your own country, that you do not matter and in fact you do not exist and your issues are not real, is very difficult to hear. The ruling seemed to not address the pertinent issues brought up by the petition but used as a platform to preach to queer Kenyans about Kenya’s cultural and religious values, things that were simply not being challenged in the court.

The reaction of the LGBQTI community has been one of devastation. We are part of this country. We work and contribute to the nation’s development. We will continue to challenge laws and a society that is intent on excluding us from our rightful place as citizens of this country. We have however shown great dignity and resolve and intend to continue our long journey for recognition, the same as has happened in other struggles in the past, including for our own country’s independence. Our uhuru will come.