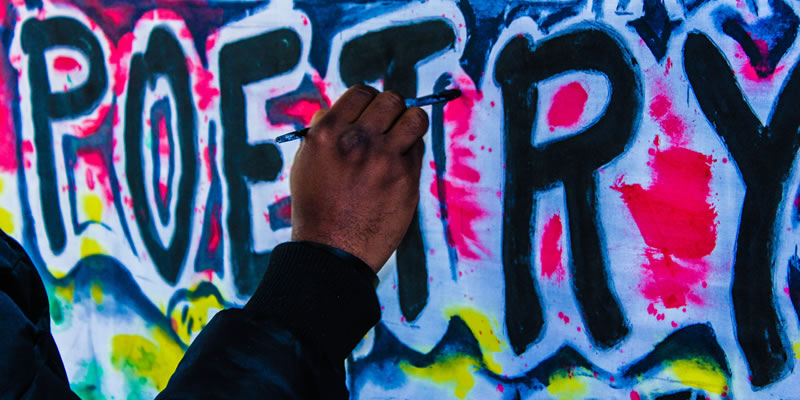 A friend comes up to me and tries to convince me how art is unnecessary:

A luxury for First World countries, but apparently for us who are still developing,

It is only hindering

Unlike the Sciences, business studies, and engineering which are actually Doing Something

“Building”, according to him,

“The arts are simply a frivolous pastime”

And I should have known by his first line, it was already past time to shut down his lip

I do not understand whether it is extremely sad or deeply infuriating:

This heavily colonized way of thinking

Dumbing down my destiny to unnecessary

You see, I am here to tell story

And in this story, this type of thinking is my enemy, choosing to unsee my poetry

As if dance, poetry, song, and story are not the only balm working towards healing continental scars

If you come at me with art is unnecessary, more so in a developing country

Ayii yawah! May the ancestors judge you accordingly!

Because you have not done the work to know your history

So today I bring you the forgotten histories

From the beginning: Genesis

If God created the world with words, then creation lies on the tips of our tongues

Revolution sits in wait for a song to be sung

A poem to reiterate how freedom has now come

In the early 1960s, 300 years after the Dutch subjugated South Africa

The earth wailed for this broken nation

In this period of black subjugation, oppression, degradation, and shattered dreams of emancipation

One man, Vuyisile Mini, composed one song to a silent symphony

Bringing in the people’s harmony,

And the people collected the song and started singing, “Ndondemnyama ve Verwoerd-

Watch out Verwoerd, the black man is coming! Your days are over.”

The song became the people’s prayer:

Chanted on lips, music the tool of power whispered through chattering teeth

They say he died, head held high… a martyr

And this is what music does for the revolution

It is power on the lips of children

Ask the sons and daughters of South Africa as they sing,

In the early 1940s, two decades after the Harlem renaissance of the 20s

He now armed himself with African words

Having received the highest distinction as an African in French education

Instead he wrote poetry

Questioning the idea that Africans have no civilized culture or history

When she was younger, she had been a warrior

But now a widow, age had begun to catch up with her

But still within her was the spirit of a fighter, her soul burned fire

The colonial regime had driven her people out of their lands

Hiking up taxes, tying their hands

Syotuna’s spirit could not simply sit and wait

So she challenged her people’s predetermined complacent fate

Her weapon of choice, as unconventional as it sounds: Dance

The Kilumi dance was sacred to the Kamba women’s history

Syotuna realized she could use it to weaponize her stories

So she danced, sang, and chanted her memories

Reminding her people of their past warrior glories

Spitting on the colonial regime’s atrocities

Freeing her people from their mental slaveries

The colonizers called it demonic

And the ancestors must have laughed at this fearful tactic

The more they danced, the more the Kamba rebelled

If I were to sit around this fire and tell you the stories of all the artist revolutionaries throughout our collective history from the beginning,

We would spend eternity

So for now I merely greet you in the name of these and others from our ancestry.

I greet you in the name of another warrior dancer, Mekatilili.

I greet you in the name of another music freedom fighter, Fela Kuti.

I greet you in the name of Maya Angelou, Nina Simone, Micere Mugo, Thomas Mapfumo, and Bob Marley.

I greet you in the name of dance, song, story, and poetry.

I greet you in the name of revolutionary history.

I greet you in the name of Love.