The Binj Is No Longer Here 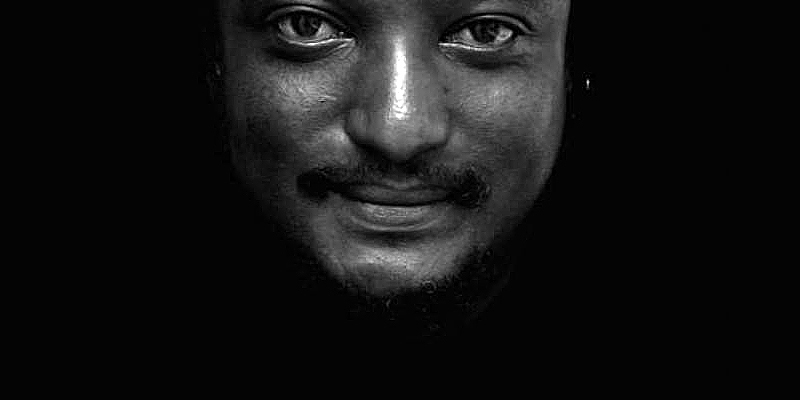 This sentence and its finality breaks me; the mere thought of it: The Binj lying still, never to raise his small hands and crook his fingers, animated by an idea. The placidness of this 4-word sentence ruins me. Its clarity and unadorned nature deals with me. Its bland texture offends me. Where is the Anglican velvet and inventiveness?

The Binj has checked out.

This is jauntier. It has a bump to it, a swagger if you like. Might even make the beautiful man smile. In these hours of immediate tributes and outpouring of grief, I imagine Binj is somewhere, holding court, a cigarette smouldering in the crook of his fingers, critiquing the language memorializing his death.

This deathly blow lands on everyone who knew and was affected by the man. My mind has been a whirlwind of flashbacks, a hurricane of memories. The first time I saw him. The last time I saw him. The inauspicious moments in-between. Not chronologically numbered, but my mind tries to number it. I try to grasp something, some kind of order, perhaps to distract myself from what has happened, that Binyavanga won’t call me when he is in Lagos again, for quick advice or consultation on medications for him or his friends, for drinks and intellectual conversations that leak into the wee hours of the next morning.

An elephant has collapsed.

This has about the right amount of idiom, proverb, imagery, and, quite robustly, carries the weight of what just happened. This loss stings and singes every cranny of Africa. I am pouring out my thoughts in a room in Lagos but I know that this despair I feel is the exact same with what someone else feels in another room in Accra, Dakar, Nairobi, Nakuru, Limbe, Douala, Ibadan, Cape Town, Jo’Burg, Harare. The internet is already agog with tributes, phones smarting with social media updates.

Rest in Peace, Binyavanga Wainaina is already a hashtag on steroids.

A rockstar bows out.

The first time I met Binyavanga was in 2007. He had accompanied Chimamanda Adichie to Ife for a reading of her second novel, Half of a Yellow Sun. Pit Theatre was filled to its capacity within minutes. Tinuke Adeyi and her future husband, Tosan Mogbeyiteren and I had jettisoned afternoon lectures and clinic duty to catch a glimpse of these writers. While the spotlight beamed on the ebullient Adichie, only the intellectually curious would have taken interest in the heavyset man with shoulder-length locs and a penetrative stare wearing a white jalabiya, if my memory serves me correct.

That day he came across as intense. A few months earlier he had respectfully turned down the World Economic Forum’s nomination as a Young Global Leader with an eloquent letter to Queen Rania of Jordan. He read from his Caine Prize winning story, Discovering Home. It was inspiring to hear that he jumpstarted Kwani? the literary magazine with his prize money. Two years later, Emmanuel and I would start Saraba magazine. We were in Pit Theatre at that same time (we had not met), under the influence of his voice, his ideas, his convictions.

The sun has set.

Binyavanga was a force of nature. He lived in full throttle, on his own terms. He did things in full, no place for half measures. And was he generous? He was selfless, even to a fault. He had a large heart and cared for everyone in the room. His generosity was not restricted to humans. He cared for ideas and cherished the opinion of others. He championed other writers. While holding court in the most informal settings, the Binj was recommending writers for MFA programs, magazine programs, helping with grants and fellowships. He would always ask me what I was working on and if I daresay being a doctor, he will regard me with his side-eye and remind me about Frantz Fanon.

The Binj has checked out.

The Binj is gone

A great man once walked this way.

Binj loved Nigeria, loved Lagos, loved her writers, loved her beaches and the good times the tide brings. I will not forget the night at Kuramo beach before its erasure. Circa 2009. In the company of Binj, Jumoke Verissimo, Niq Mhlongo, Igoni Barrett, Eghosa Imaseun, drinking beers without abandon. Broken men marking time as itinerant jukeboxes, willing to play you any song, for some loose change. Substantially inebriated, we choose Bob Marley’s Redemption Song and sing along between cigarette puffs into the small hours.

Emancipate yourself from mental slavery.

I remember that night at his house in the Nairobi suburbs. Circa 2015. Emmanuel and I had been in town for Storymoja Festival. Binj had found out and sent word to us to come to his house. Wanjeri, Clifton and Emmanuel and I in a taxi knifing through cold Nairobi nights, while we discussed colonialism and why Kenya does not have a National dress.

At the Binj’s, it was like a Pan-African party at the patio. There was a festival director from Jamestown in Ghana. A political ally from Burundi. A bespectacled academic from the Kenyan coast. A Nairobi poet in a plaid jacket. Jalada’s Moses Kilolo and his American PEN lady friend. Parselelo Kantai, Binj’s longtime collaborator, spewing his expansive ideas. We were expecting Billy Kahora who had promised to come. 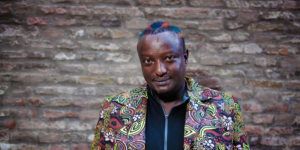 There was a lot to eat and plenty more to drink and a medley of discussions that ambled from dance to music to colonialism to neo-colonialism to books to governance on the continent. It could have been a party but it felt like a normal day in the life of Binj, sitting till the wee hours of the morning, smoking and espousing ideas about things he loved. I would leave from his house to the airport, eyes bloodshot and body smelling like a dutiful ashtray.

A few weeks later, he had that master stroke.

This death knell has been inexorably visceral for me. It feels like a tightening somewhere in my solar plexus. Then it slinks, with its raw coldness, to my lower gut. Then it bites me, this grief. And I want to find a better way to express what I feel, a way that goes beyond trite words, beyond routine, beyond duty, beyond the socially sanctioned performative nature of bereavement.

Now we write our hearts and grief and pain. We say that Binyavanga was a great man and a selfless soul. We contextualise his generosity with personal encounters.

I have been reaching out to my friends in Kenya, to see how I can join my grief with theirs, in some kind of quizzical solidarity. My mind is in Nairobi and my body is in Lagos. My mind and body have become paralysed by this grief. I surrender to a numbness that aches.

The Binj is dead.

What a brief wondrous life! What a moving force! What an acceleration! He moved so frantically through life, ideas and spaces that it is difficult to imagine he has transitioned. And his legacy? It lies in the beautiful words he left us and the beautiful gestures and ways he touched us. It lies in the now comatose Kwani? which must be propped up by whatever means necessary. It lies in the manuscripts that will be gathered, revised and issued in due time. It lies in the memories we made.

The last time I saw the Binj was in October 2017. He was at a panel discussion at New York University with Chris Abani and Taiye Selasi. His speech was slurred but he managed to remain his jovial and quirky self. What was different: he had become more spiritual and reflective about his own mortality. He spoke a lot that night about his Sangoma and extra-terrestrial dimensions to his stroke, that master stroke. After the discussion, I walked up to him and he was pleasantly surprised to see me in New York. He invited me for dinner but I declined. I was thoroughly jet-lagged and needed my rest.

I wish I had hung out with him that night. But these minor moments come and go, innocuous in their initiation but significant in retrospect.

The Binj is no longer here.

But we are grateful that we met him, we laughed with him, read him, danced with him. These fond memories and all things he held passionate—literature, culture, food, music, dance, Africa—will continue to keep him in our consciousness.

The restless one has found his peace. Let those who live trudge on with their burdens.