I Know It Was The Blood 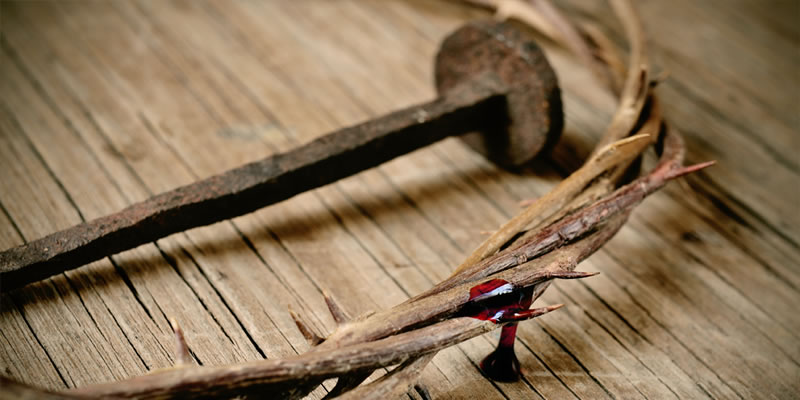 “…in Christ Jesus you who once were far off have been brought near by the blood of Christ. For he is our peace; in his flesh he has… broken down the dividing wall, that is, the hostility between us.” Ephesians 2:13-14

I was a graduate student at Yale when increasingly graphic and disturbing images of unjust deaths of young black men and women began to filter through the news feeds and our social media timelines, and soon the outrage I felt left me with no choice but to take to the streets in protest. I participated in marches and press conferences decrying these unjust deaths at the hands of police who had sworn to serve and protect.

But these deaths also struck a deeper chord for me as a pastor, as I wrestled with the theological consequences of blood spilled on the streets while I stood robed in white in front of a congregation with a cup and cracker on the first Sunday of each month. There, we would joyfully sing words from the spiritual “I know it was the blood for…one day when I was lost, Jesus died on the cross…”

Those songs always took me back to my formative years at Acklin Chapel, our quaint church in rural Berkley, Alabama, where corn or cotton surrounded three sides of the church. It was here where crucial moments in my spiritual formation as a child had taken place, and there was no greater Sunday liturgically than High Day or the first Sunday, where we monthly celebrated the sacrament of Holy Communion. Though our ritual was informed by our C.M.E. liturgy, it was brought to life by our singing of hymns and spirituals that brought together the seasoned saints and anxious adolescents, and bridged the gap between the learned and the illiterate. (The Christian Methodist Episcopal (C.M.E.) Church is a historically African-American denomination within the broader context of Methodism).

I can hear the voice of my great-grandmother who I eulogized at that church sing out with chords that the angels themselves could not reproduce, singing songs like “Down At The Cross Where My Savior Died” and “There Is A Fountain Filled With Blood, Drawn From Immanuel’s Veins”. I hear her words declare with a rhythm that captured the cadence of freedom which could only be learned in the throes of oppression – I know it was the blood, I know it was the blood, one day when I was lost, Jesus died on the cross, and I know it was the blood for me. The church would rock as we reasserted our knowledge of the atoning power of Jesus’ blood.

I took this confidence and declaration with me to college, and even after four years of a faith-shaking experience in religious studies at Vanderbilt University, I may not have been able to say I know it was the blood, but I could still say – I’m pretty sure it was the blood.

However, after a couple of years of theological training at Yale, the best I could say was – I think it was the blood.

My doubts were informed by thinkers like Delores Williams and Walter Rauschenbusch, who had exposed the unfortunate link between violence and notions of salvation. I could only say I think it was the blood because the idea of substitutionary atonement logically centers the most vulnerable to carry crosses for the sins of others. The idea of substitutionary atonement portrays Jesus as an innocent person murdered for the sins and vices of others. It glorifies the death of a blameless victim in the service of guilty offenders. Unfortunately, this logic does not remain on a cross but very often trickles into other relationships, where the powerful guilty can scapegoat their sins on the guiltless vulnerable. This idea, popularized by 11th century thinker Anselm, became exceedingly unconscionable.

Thinking on such things would ordinarily not be a problem, for if we do nothing else in divinity school, we think. However, this was to confront me even more glaringly on my first Sunday at the church I was pastoring, when I heard those same songs that we would sing, but my ears were freshly open to how bloody and violent those songs were. Then as I handed the shot glass of grape juice into withered fingers of senior saints and placed the cup into the hands of smiling children, I heard myself adding to the bloody chorus, declaring, “ The blood of Christ, shed for you.”

The violence of bloodshed seemed unavoidable, but I wondered: must we valorize the cross and bloodshed in this way? The cross represents the state-sponsored execution of a peace-seeking, love-sharing, justice-imagining, revolutionary Jewish preacher from Nazareth named Jesus. How is state-terror against an innocent man turned into something worth singing about joyfully? I grappled with this – and I simply could not find an answer.

But perhaps we can implement a strategy that the author of Ephesians does in our passage, which does not focus on the violence that shed Christ’s blood, but rather views the blood as the aggressor that acts violently against the systems that separate us. Christ through his blood destroyed the wall of separation, abolished the decrees that divide, and at the very cross, killed hostility itself.

My theological training led me to believe that we focus too much on Jesus’ death at the hands of sinful humanity than on his life and ministerial vision. Often we emphasize the blood that Jesus shed in isolation, and forget the work he did to bring people together.

This was no trivial matter for the communities that read the letter to the Ephesians, which circulated among many churches in Asia Minor. This letter was written when there was a demographic shift in the early Christian church, when the movement that had begun primarily among Jewish people had now become a mixed and largely Gentile church.

What threatened that church is what threatens our church today. It is a failure to preserve unity in diversity. For that challenge, the author of Ephesians offers a solution in the blood of Jesus, because it levels the playing field and tears down the walls between us. In the same way that it unites Jews and Gentiles who had differences according to traditions and customs, it can unite us in spite of our differences. If the blood could overcome what separates circumcised Jews from uncircumcised gentiles, certainly it can unite that which separates Baby Boomers from Millennials. Surely, it can overcome underpaid women and employers who see no need to change. It can overcome the barrier between migrant refugees seeking safety and nations of the world that callously shut the door, and certainly I believe it can overcome fanatical followers of Donald Trump and the rest of us sane people!

The passage explains how the blood serves as a call to work to create a new humanity, where we are all one in Christ. And it calls us all to emulate Jesus and do the hard work of growing together into a spiritual dwelling place for God.

What makes this blood so powerful? We can see in v-13 and 14 that the author views the blood and the flesh of Christ interchangeably. Thus the reason why the blood is powerful is because of the flesh – the sarkos – it resided in. The Old Testament in Leviticus declares, “the life of the body is in the blood”. Therefore the blood is filled with power because the life of Jesus was filled with power. To that end, Jesus’ life-blood, his power, was demonstrated more in living, than it was in dying. And therefore Jesus’ blood is capable of bringing together those who are separated because Jesus lived that type of life in the flesh.

When we reassess how we view the blood of Jesus, the ritual of communion or the Eucharist becomes a moment for us to recommit ourselves to living the type of peace-seeking, love-sharing, and justice-orienting life that Jesus lived through his life-blood. And as we drink the cup, we can be reminded to pour out ourselves, not so that we can function as somebody else’s doormat, but so that we can militate against the imminent forces of destruction that suggest that the lives of the vulnerable don’t matter. This sacred meal was Jesus’ last one on the earth before his final stand of courageous resistance, and as we emulate Jesus’ struggle to bring God’s reign into the world, it might be our last meal on earth too. But that is no reason to despair, because after the last meal, God has the last word.