Structural Adjustment, Revisionist History and Revelations from a Forgotten Past 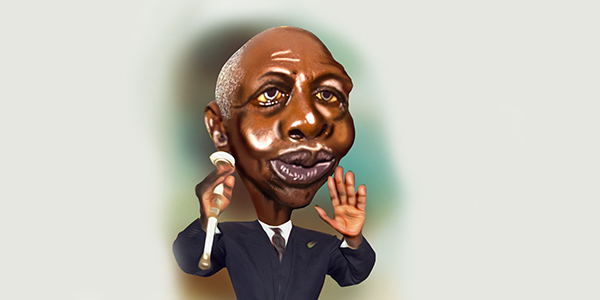 I spent Mashujaa Day in a gallery in Kibera. Every Saturday, the gallery, Maasai Mbili, has poetry readings, and I, together with a friend, had gone for one of these. When we got there, we found one of the regulars talking about his shujaas. First, my mother, he said, because it wasn’t easy raising a person like me. We nodded, and someone in the room said that all mothers are heroes. He went on. Next, Moi, because he led the country well, and presided over the economy well, unlike other presidents.

I’ve been thinking a lot about this sentiment, this feeling that Moi was good for the economy, and that any disruptions to the economy were due to foreign malcontents. Rasna Warah has written about this, the sanitization of Daniel Moi into a kindly old man who held the country together. I’ve also been thinking about the whitewashing of history that led to information about Moi’s economic incompetencies being hidden away from generations of children who were not alive at the time, or too young to remember. I’m also thinking about SAPs, and how their knowledge is not part of the histories of a certain generation.

2. “So, I don’t really know what SAPs are, but I’ve heard them in conversation. They are important, they keep us in check. They are like a ‘learning point.’ They teach a man how to fish and he won’t ever grow hungry again. The fuel increase is one way SAPs have affected us. Don’t know any other…I don’t think it’s an everyday conversation, unless it’s something you are aware about/interested in and you have like minded people to discuss it with.” — Sabina, 26

I am unable to remember Moi as president. My memory of politics begins with Danson Mungatana telling Raila, “Kama yeye anakula samaki wa Lake Victoria, mwambie mimi nakula mamba za River Tana.” Moi, for me, exists as a distant event, like the Mau Mau and Patrice Lumumba and the extension of the Lunatic Express to Port Florence in 1901; events that happened, and were important to our histories, but which I never encountered directly.

A few years ago, when I was preparing to join campus, my parents and I had a conversation about their campus experiences. Back when my father had been doing his BSc and his subsequent MSc, he had been the recipient of a monthly government stipend. Every month, he told me, the government would deposit money into their accounts for their general upkeep. For my father, who was a child of the city, the child of middle class parents, this payout meant that he enjoyed a measure of independence from his parents. My mother, on the other hand, came for a large family whose patriarch had died early in her life, and whose matriarch was a single uneducated woman living in the village. For her, this payout meant that she could pay for her younger sisters’ school fees. A few years after they were done with campus, as part of the Structural Adjustment Programmes of the late 80s and early 90s, these stipends for campus students were halted. The wanton kleptocracy and naive economics of Moi’s government meant that decades later, we would have to go through campus by our own means, or face the weight of student loans.

3. “Yeah, I don’t know what SAPs are…No, why would I bother with them? All I know is we are being forced to celebrate a dictator who killed people.” — Nyasetia, 23.

As part of my thinking about Moi, I’ve been thinking about SAP’s, what they are, and what they represented. Ngala Chome writes about growing up in Kisauni in the 90s, and about how the implementation of the SAPs ravaged his community. For them, kids born at the turn of the Cold War years, “the tumultuous period of the 1990s reared its ugly head when the colour of ugali turned from white to yellow; when teachers stopped showing up for class; and when trips to the shop to get candles became more frequent.”

My parents got married during this period of the yellowing of ugali. We often rewatched the VHS tape of their wedding and, for years, it, together with Holes and The Gods Must Be Crazy were my favorite audio-visual experiences. That is, until I discovered Hillary Ng’weno’s The Making of a Nation. In a 2011 interview, Chacha Mwita, who was the managing editor of The Standard newspaper when government functionaries raided their offices, described Ng’weno as “one of those people without whom you cannot understand Kenyan journalism.”

4. “Bana, mimi nilimaliza tu shule…Ni kitu nishawaisoma mahali, though I don’t have much info about it.” — Nigel, 22.

5. “What I know about SAPs is that they were a program initiated by the World Bank in the 90s in Kenya, and I think some other African countries, when there was an economic crisis, to kind of ‘streamline’ spending in the country…I’ve tried asking my parents about this…but they give very avoidant answers that say a lot without explaining anything really.” — Hilda, 24.

Moi’s destruction of the Kenyan economy was not the dominant event in the global economy in the 1990s. Around the same time when ugali was turning yellow, the Russian economy was being gobbled up by a group of Russian robber barons. While Mikhail Gorbachev’s envisioning of the perestroika might have been altruistic, he was unable to understand what ‘opening up the economy’ would mean to the average Russian citizen who was either unable or unwilling to take part in the strongest-in-the-jungle catfight that would follow. Or, they had not read the History of Kenya and the 1970s opening up of the country’s economy recommended by the Ndegwa Commission on Public Structure and Remuneration that would lead to an oligarch class before the oligarchy.

In his book, Not Yet Uhuru, Oginga Odinga famously dismisses Daniel Moi, describing him as “…influenced by the missions, overawed by settler power, and making a slow adjustment to political trends and the need to make independent judgement.” It was this type of dismissive attitude that led cynics to dismiss Moi as a passing cloud when he ascended to the presidency, and later, to postulate to the argument that he had done his best with the little resources he had, mental or otherwise. I do not know how accurate Oginga’s assessment of Moi was. I’ll add it to the list of things I know not.

Things I know not: How it was to grow up in the SAP-afflicted economy of 90s Kenya; whether Danson Mungatana actually does eat mamba za River Tana or whether he was just beating stories; how the stories of a country are made, and who makes them; how J.M. Kariuki, one of the original robber barons, came to be described as a maker of a nation; what a nation is; whether they were on a break; whether the future history of Kenya will be written to say that the current robber barons in charge of Kenya did what they could with the economy, and that the economy collapsing the way it is was the fault of malicious foreign malcontents who were trying to spoil Kenya; and why Awilo Mike and Riziki split up.

When I was in class eight, my school decided that, to motivate us, it would give class eight students milk. Everyday, at 3.10, on trays placed in the corridors outside our classes, we would each pick a glass of milk. We knew, of course, that the milk was useless with regards to our KCPE performance. After all, what was the use of milk if the school decided that we ought to stop attending classes? What was the use of milk if it was the only form of nutrition we got because our broke parents were unable to put food on the table because they had lost their jobs? Wasn’t the free milk just a vanity project if, because of programs brought on by kleptocracy and economic incompetence, healthcare and education were unreachable and expensive? Still, we drank our milk, because it was to keep us motivated enough to do well in our exams. However, a few days into the milk program, it was cancelled and we were switched to juice. Turns out the school had been buying expired milk.