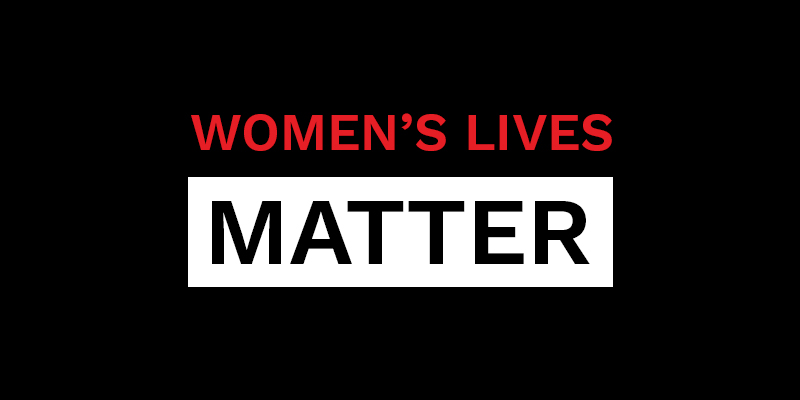 On September 5th, 2018, Sharon Otieno’s body was found dumped in a thicket near Kodera forest, Homa Bay county a few days after her abduction. Sharon was a student of Rongo University and was seven months pregnant when she was killed. The autopsy report gave a gruesome and horrifying picture of what she went through before her death – eight stab wounds, one directly to her belly that pierced the baby too.

A few weeks later, on September 21st, the body of Monica Kimani was found in her house, tied up and with a slit on her throat. I read this story just before a suspect was arrested for this murder, when not many people were talking about it, until it was emerged that the suspect was the fiancé of local TV presenter Jacque Maribe. The media, upon realizing this murder was connected to a local prominent person, finally gave it attention, changing the focus of the lens and centering it on Jacque and her fiancé, Joseph “Jowie” Irungu. The case has since had many twists and turns, a major one being on Monday 9th October when Jowie Irungu, the initial suspect and Jacque Maribe were arraigned in court for the murder of Monica.

In the days following Sharon Otieno’s death, as the details started to unravel, as it emerged that she had been in a relationship with Okoth Obado, governor of Migori county where she lived and studied, and where her body was found. Sharon was engaged with the governor in what many immediately labeled as a ‘sugar daddy’ or ‘blesser’ relationship. Pictures of Sharon were published, presented as evidence of the flashy lifestyle she was enjoying from her affair with the married governor. From radio stations to social media platforms, Kenyans had varied opinions about these types of relationships. Many statements were started with “Murder is wrong, but…” as people went on to list the evils of having sugar daddies and enjoying their financial support because in the end you will pay for it with your life. For many, including these prominent women, this was a cautionary tale in which women were supposed to learn that it’s their responsibility to avoid murderous men with money. Whether by coincidence or by design, it was at this time that the BBC released their 3 part documentary on sugar baby/blesser culture in Kenya, telling the stories of 3 women who are engaged in various forms of it. The documentary added another layer in the conversation, with even Al Jazeera holding a panel to discuss this.

In Monica’s case, when it was discovered that the main suspect was engaged to Jacque Maribe, a TV presenter, the story which hadn’t received much airplay before suddenly took center stage with Jacque being the leading act, while the murder became secondary, its importance only that it is connected to high profile people.

Whenever any of these high profile murders happen, the conversation, often guided by mainstream media shapes in the most sensationalist way. If a woman was with a man, then their relationship is suspect and her presence is scrutinized, often with the aim of pathologizing her and giving an excuse of her murder.

Just before the General Elections in 2017, IEBC ICT Manager Chris Msando was found murdered. In the footnote of this story, there is mention of a lady companion who was found a few metres from him. Her name was Carol Ngumbu. On the night of 17th June, 2011, university student Mercy Keino’s body was found on a highway in Nairobi after attending a party in which a former Kiambu Governor William Kabogo was present. In an inquest of her death, he and others were cleared of any wrongdoing that led to her death despite CCTV footage showing her struggling against two men and witnesses claiming that Kabogo had been physically violent towards her that night.

Less than a year after this, 26 year old Careen Chepchumba was found strangled at her apartment in Kilimani, Nairobi on February 2012. She is reported to have had an intimate relationship with former TV personality Louis Otieno. In an inquest of her murder, it was ruled that police bungled the investigations leaving gaps that made it hard for the court to convict anyone.

These are just a few of cases of murdered women who are connected to prominent men. When Sharon was murdered the conversation about sugar daddies reached peak volume, prompting even women politicians to caution girls from the perils of “wanting the easy life” by taking money from men. With Monica’s case, as details emerge giving rise to speculations about what really was Jacque’s involvement in the murder, people are now talking about the lengths women go for men often to their own detriment.

It is enraging to see that in Kenya this violence is treated like the next sensational story, with clickbait headlines and dramatic speculations for the sake of giving media houses clicks so that they can continue selling advertising. In addition to continuing misogynistic representation of women, using their connection to men to shame them even after being murdered, it creates the perception that women are murdered because of their behaviour or their lifestyles, when in reality women are murdered everywhere and by every type of man in all manner of situations. It is clear that this country still refuses to reckon with its violence against women. The prevalence of intimate partner violence against women in Kenya matches the global statistics, about 40% of women have experienced IPV – this includes sexual and non-fatal physical violence. And when women are murdered by men. Women are killed by their husbands, sometimes together with their children; they’re killed by men they meet online; they’re also killed after a night out; And sometimes women are killed “mistakenly” by the state. This and many, many, other cases of different types of violence that women go through, underscore the gravity of the situation, and build an alarming pattern that should be scrutinized and elicit urgent action. Instead, this kind of violence is still seen as isolated incidents every time they happen.

It is encouraging to see that the cases of Sharon Otieno and Monica Kimani were taken seriously, investigations were carried out quickly, and there have been arrests. This could be a sign that something has changed, but the speed with which Sharon and Monica’s murder has been investigated and suspects charged is the exception and not the rule in how seriously and urgently violence against women is taken in Kenya. This is evident in the way that despite the fact that murders of women continue unabated, as a Twitter user has tried to document in the last year, the media still steers the conversations on these murders with a focus on the famous people they’re attached to.

The safety of women has to be taken seriously and the media plays a crucial role in changing the way we trivialize violence against women. Murder is the escalated and final act of the various forms of violence women face in Kenya, around the country and through all socioeconomic classes. Many of the stories never make it to prime time news and end up being silent yet alarming statistics. Our focus should always and unrelentingly be rooted in the seriousness of the issue and in ways in which we can stop this. It is immoral to continue nurturing the environment that continues trivialize women’s lives, as if their existence is not valued or worth protecting.