MATHARE FUTURISM: From Beggars to Masters of Our Own Fate 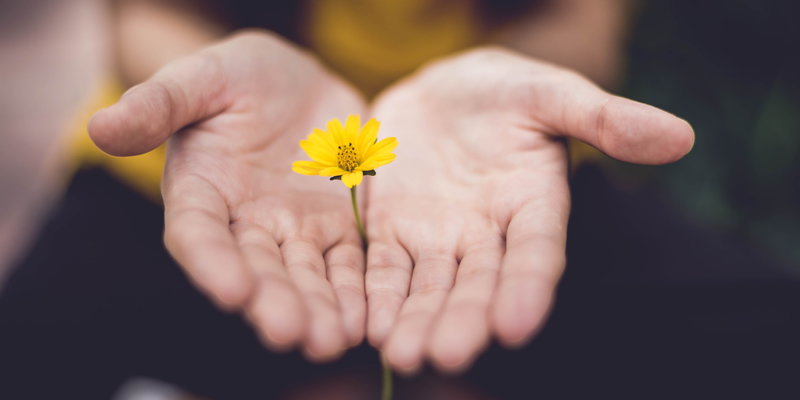 Allow me the joy of teaching you a new word today. The word is ‘duru’. Most of my millennial peers, where I come from, have an extensive grasp of what it means. It is simply the art of approaching a stranger, after careful analysis, wearing a sunken face then stretching your hand to them the same way a customer does when asking for their change. I am emphatic about calling it an art, since it is a skill that requires a lot of practice and experience. Mothers and aunts are the best teachers for this skill set. At least that is how it was set up for my family and many other families within my community as I grew up. Every morning, my cousins and I would be woken up very early to go and beg in the streets of Pangani shopping center and around the Pangani mosque, in the company of our unemployed aunts. They would carefully discern potential targets from afar then tell us to wear ‘the face’ as we made our approach. Stretching of the hands was supposed to be followed closely by the words:

It was the surest way to solicit for a few much-needed coins out of a random stranger’s pocket.

For some reason, these tactics had a fair success rate in that we would go back home with quite some cash for food and a few other amenities. Even so, the kid who would manage to bring home the biggest share was rewarded with little favours here and there. Naturally, as naive as we were, we would get jealous and try ‘working’ to earn the extra perks of our labour. This was way before most of us even got an opportunity to join school. At the time, I was a mere 3-year-old boy with the whole world before me. So yes, I was learning how to be a professional beggar before I studied ABC!

You do not have much of a choice when you are under the care of a young single mother in Mathare, who works as a casual labourer at City Park market in Parklands. What mum and her cronies would do was get hired to wash sack after sack of muddy potatoes, upon arrival in lorries from the farm. However, the job was barely assured so she preferred not to put all her eggs in a single basket. Begging was the most plausible alternative then. At the end of the day, all that mattered was some food on the table.

The bulk of the population consisting my age-mates in Mathare can be distinguished by this common denominator. A history of begging and absolute dependency. As a matter of fact, thousands of us only made it to school when Missions Of Hope International (MOHI), a charity NGO, moved in to our community, offering free education, a feeding program and, get this, spiritual nourishment. Parents could not afford the thought of missing a spot for their children. That is how most of us were lucky to leave the streets. It became a major relief to our mothers and fathers across the village.

I was four-years-old when I joined nursery school at MOHI. Now more kids were accessing primary and secondary education with much ease and this brought about a different wave of energy that was unheard of. Before that, the number of people I knew who had made it beyond primary school was countable! With time, however, more and more organizations were set up around us, attempting to address various issues from HIV/AIDS awareness to women empowerment, to food insecurity and so on, a good number of which were briefcase outfits obviously erected to siphon off grant money or as vehicles to dodge tax. This is the thing about the dark side of charity; It offers as much instant gratification to the giver as it does the receiver, but its implications can be grisly. What this missionary zeal was doing therefore, was give the impression of filling up the vacuum created by a retreating state. And they were. Clearly, the state had completely abdicated its traditional duty and continues to neglect these marginalized urban areas.

Now from the inside looking out, I cannot help but feel like these NGOs have over the years crippled my generation and community at large in materially consequential ways. Their real contribution has been to defuse political anger and dole out as aid or benevolence what people ought to have by right. In the process, they have cushioned the people’s angst and altered public psyche, blunting the edges of political consciousness and resistance. We have been moulded into a voiceless generation of dependent victims, constantly awaiting outward help to change our circumstances. We have ended up becoming an NGO-ized generation who society prefers to label as lazy and entitled.

In view of the current economic order and political landscape, it has been hypernormalised for young people to be educated yet unemployed, violated and silenced. It even gets worse in Mathare where young people are profiled and victimized every other day without their voices being heard. It is a war that the state seems hell bent on waging against this generation. The very state that has neglected us and hushed our attempts at speaking up. In his article, “Extra Judicial Killings in Nairobi and Community Based Response”, Brice Jacquemin (a Belgian masters research student I met in January 2018) argues that the police do not perform police work, rather are a force of social control. They play out the role of the ‘reasonable’ man in an unfair, unreasonable war. I realize that it is easy to twist that statement into an indictment of all the police. That would be a falsehood. In the murky waters of brutal corrupt urban policing, of course there are a few of those doing some valuable work. I mean, the police force is also an institution faced with a myriad of issues such as inadequate funding, repression and so forth. But it is necessary to shift our attention slightly further away from positive work done by a few individual policemen, and examine the policing culture from a much broader political context.

Mathare is surrounded and socially controlled by an unmitigated force, the legacy of colonial institutional omnipresence – You find police stations at every entrance into Mathare Valley; Pangani Police Station to the west, Muthaiga Police Station to the north, Huruma Police Station to the east and the Moi Airbase military barracks to the south. According to a participatory action report documented and launched by the Mathare Social Justice Centre (MSJC), between 2013 and 2016, the police killed 800 young people in Mathare.

To survive our existential realities as the youth of Mathare, we have been forced to employ clever tactics on how to avoid any sort of foul encounter with the police. You are supposed to carry your national ID card every time you leave the house. Failure to provide the document when asked would mean sour negotiations that may lead to aimless harassment or even apprehension for apprehension’s sake! Strangely enough, the most notorious killer cop is largely known here both by face and name yet no one dares say his name out in public without feeling of paranoia coursing through their body. It is as though he sees and hears everything. Most people believe he does. Imagine. No one man should have all that power – having an entire community on their knees.

In order to look out for each other therefore, we have had to invent a nickname for him. ‘Mjamaa’. That way, everybody can say the name without raising tension, including women who are generally the first informers whenever he is around appearing in a nondescript Probox car. Mjamaa is notorious for causing mayhem in youth bases. One time he aimed his gun and shot at a sound system that was playing music during a funeral fundraising ceremony for a young man he had recently executed, disrupting it immediately and hurling countless insults, saying:

‘thugs’ deserve to die and to bury themselves after!

Movement is also limited in our very own neighbourhood. You cannot walk around freely at night: if you go out partying in the wee hours, you can only come back home at your own peril. In fact, for a young man in dreadlocks like myself, the risk is enormous! It is one of the main features used to profile us, among many other codes of dressing. According to the police, dressing a certain way only puts you in the guilty-until-proven-innocent category. Like there is a signature look for criminals. This includes wearing of shiny chains, certain shoes and caps. The reasoning behind it is alarmingly disturbing; the police are actually convinced that unemployed youth cannot afford to wear decent chains and shoes without committing some kind of crime. Why a simple hairstyle or stylish dress code is frequently used to profile ‘suspected thugs’ is way beyond me.

The police are predatory to us over here. All the incidents of abuse and immense brutality are devoid of any no trace of humanity whatsoever. They are the symbol of a society that thrives off victimizing an entire generation. A society that taught us how to beg, handing us scraps with zero opportunities, yet does not condemn injustice and their abject failure at governance.

Someone said to me that these social problems, the unending bureaucratic capitalism, neo-feudalism and imperialism will not be changed by reforms alone. Nor elections. That should social movements lack the dynamic of the youth, they are sure to die. I could not agree more. Part of how Mathare is treated is because of its disheveled environment. Because of this, a team of fellow young people I work with in the community came together and coined the term ‘Mathare Futurism’ which is basically imagining possible realities then ultimately working to design a new future for Mathare. Our approach is planting trees to not only green our environment, but also feed the community through fruit trees, provide natural sources of medicine through medicinal trees, make the community beautiful through ornamental flowers and commemorate the lives of those we have lost to extra judicial executions in Mathare by planting trees in their memory. This offers healing to a wounded people, family and friends of the victims.

We are the Mathare Green Movement (MGM) and what we are doing is applying different forms of advocacy to build consciousness in society. We use art, music, words and trees as our symbols of power. Trees are a symbol of regeneration and we intend to nurture our lives together with the community. A tree is the totem of resilience and its survival amidst forces working against its growth is illustrative of how we shall rise, eventually, and choose to cease being beggars but the masters of our own fate!