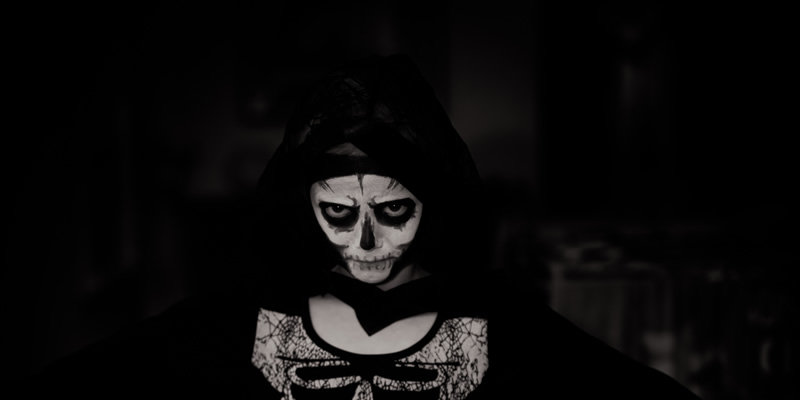 We cope with the oppressive system of Capitalism by eating our children’s futures before eating them alive. Grace Ogot captures us in her 1968 classic Tekayo, literally a story of cannibalism, metaphorically one of abuse of trust by a man in a position of authority. Authority of kinship where girls now live in fear of their fathers, authority of state where we all live in fear of our leaders, or more aptly our taskmasters.

“Come on Opija!”, Tekayo shouted to his son “Give me a hand I must get the cows to the rivers before it is too hot”.

Opija hit his younger brother with the last handful of sand and then ran to help his father. The cows were soon out of the village and Tekayo picked up the leather pouch containing his lunch and followed them.

They had not gone far from home when Tekayo saw an eagle flying above his head with a large piece of meat in it’s claws. The eagle was flying low searching for a suitable spot to have it’s meal. Tekayo promptly threw his stick at the bird. He hit the meat and it dropped to the ground.

The group charged with guardianship over us, over creation preys on us, extracts from creation, without nurturing or nourishing either.

Every innovation, every new initiative is a new opportunity for extraction and expropriation through official taxing, unofficial taxes, kickbacks and outright seizures.

Tekayo ate the meat greedily and longed for a little more…Beyond the river stood the great “Ghost Jungle”. A strong desire for the rich meat came back to Tekayo, and he whispered…

“The animal with that delicious liver must surely be in that jungle”.

The public space is now completely captured and run by rapacious millionaires and billionaires. Individuals completely overcome with the desire to possess more and more without material or moral limit; with the public space serving purely as a hunting ground of unknowable wealth.

Yasmin Dawood in her classic paper “Classifying Corruption” endeavours to define or categorize this immoral abuse of public trust now broadly termed as “Corruption” in the first paragraph of chapter 1:

But all these definitions are upended by a single line in The Journal of Economic Perspectives, Summer 2005 Pg. 20, where Jakob Svensson after defining Corruption as “the misuse of public office for private gain” in the opening of the next paragraph states, “Corruption is an outcome — ”.

Now that we have established the scholars definition of “Corruption”, let us see how it holds to our reality.

Sani Abacha did not benignly “misuse public office for private gain”, he swept the treasury coffers clean. He decimated the public office. Ex-President Moi and his coterie of “Ministers” did not “quid pro quo, influence or distort”, they ingested entire institutions. Ex-President Mwai Kibaki, ex-Prime Minister Raila Odinga and President Uhuru Kenyatta’s voracious troops of army ants have left no tree standing, literally. No tree in the forest was considered too sacred to spare. Their appetite is unlimited. Nothing was or is too big or too small, not the Strategic Grain Reserve, not the Sports kitties (one of the few remaining routes out of poverty), not the Youth Fund or Kazi kwa Vijana, or National Youth Service (which the writer as a resident of Eastlands can attest had a direct impact on the ground, with all the associated positive fallouts of wealth re-distribution e.g. drastic drop in crime, increase in economic activity, rise in optimism).

None of this IS “Corruption”, not by a mile.

Her eyes closed in everlasting sleep, never to see the beauty of the shining moon again.

The limp body of the child slipped from Tekayo’s hands and fell to the floor with a thud. He looked at his feet and felt sick and faint. His ears were buzzing. He picked up the body and he staggered out with it, the air seemed black, and the birds of the air screamed ominously at him. But Tekayo had to eat his meal. He buried the body of Apii in a nearby anthill in a shallow grave. The other children were still playing in the field when Tekayo returned with the liver in his bag. He roasted it in his hut hastily and at it greedily…

Given it is us, our own, our guardian, cannibalising our own institutions (unlike in cases of destruction by foreign invading or occupying forces e.g. America’s destruction of millennia old Iraqi institutions), it can only be diagnosed as a socio-pathological condition, auto-paedophage (a species that eats the young of it’s own species).

This makes this a question of sociological condition. Why have we failed to evolve from the behaviour a primitive hunter-gatherer society? It is obvious from observation that the trappings of civilization were pasted upon us and this is why irrespective of our level of education we cannot perceive institution. “Institutions” are features of Civilization.

A native administrator perceives the institutional reserves through a primitive instinctive lens rather than an evolved civilization lens. Given the focal point is instinctive, the reaction becomes an irresistible urge to consume or possess this honeycomb, as instincts cannot perceive a discarnate boundary such as that of institution and/or system. Therefore as these officers sit across from the institutions treasury, in the same way a hunter-gatherer stands at the bottom of a tree hosting the honeycomb of a wild beehive and cannot help but raid it, these officers cannot resist urge to devour the diligently accumulated wealth of organized society. And it is not difficult to understand the line of thought if one is native, if his signature can transfer funds from the institutions bank account in the same way his signature facilitates transfer from personal accounts, then what possibly makes the institution’s bank account different? i.e. not a personal bank account?

Tekayo forgot his deed. And when he killed a second child in the same way to satisfy his savage appetite, he was not even conscious of what he was doing…

Granted, there is scholarly consensus Homo Economicus, the latest and arguably the most wicked of all the evolutionary stages of man. It is still difficult to internalise his level of avarice.

Jonathan Swift in his 1729 satirical article morbidly suggested that the impoverished Irish might ease their economic troubles by selling their children as food for rich gentlemen and ladies. The perverse capitalist disorder has left no human society uninfected. Western Homo Economicus commits his genocide and fetal cannibalism in the villages of the people of the East and upon his own. African Homo Economicus commits filial cannibalism strictly, paedophage, only his own children. How else would we term enslaving our own children as chattel by taking out high-interest loans and sovereign bonds on their futures and then compounding the sin by diverting those funds into private accounts? Or accepting payments to dump nuclear and toxic waste in our own backyards?

As for the second systemic cause. Capitalism.

The unstoppable march toward absolute implementation of this pernicious socio-political and economic order, portends nothing but misery for humanity. Unbridled systemic application of it’s core doctrinal pillar “Individual Freedom of Ownership” can only be achieved by the method Marx termed as “Primitive accumulation” more recently translated by Professor David Harvey as “Accumulation by dispossession”. Manifesting itself to us on the receiving end, as continuous transfer of collective (public) wealth in to the hands of the Capitalist; through privatization of public resources like water, energy, minerals and the associated infrastructure like healthcare and utilities; and continuous transfer of individual private wealth in to the same hands through usury, taxes and inflation.

Essentially sealing-off for the masses all access to all means of survival. Creating a society where the only way one can get bread and water to feed their child is by taking the bread and water of another parent’s child. This maybe the reason why there is little investment in root cause analysis of the problem of corruption, it would reveal the witch’s cloven hoof. It is the nature of the beast, Capitalism. And as the population increases and the walls around the public’s resources continue to be erected and extended, and the masses’ incomes and wealth continue to be systematically harvested (through quantitative easing (printing fiat), bonds (usury) and taxes), consolidated and transferred to the top (the Global Banking and Financial System), it results in a fight at the bottom that grows ever more vicious, manifesting itself in Perpetual War, Slavery, Dehumanizing Poverty and Misery.

The only way to halt this accelerating bottomless spiral downward is to reject Man as Sovereign, end capitalism and establish a system that will nurture the Man (collective) using divine provision (natural resources), protect private property and wealth creation from expropriation by use of taxation, usury and inflation.

Failing to engage our reality directly, like the Father of Apii and the village in the semi-arid part of Sudan, we will continue to lose our children to Tekayo, in this Land without Thunder.