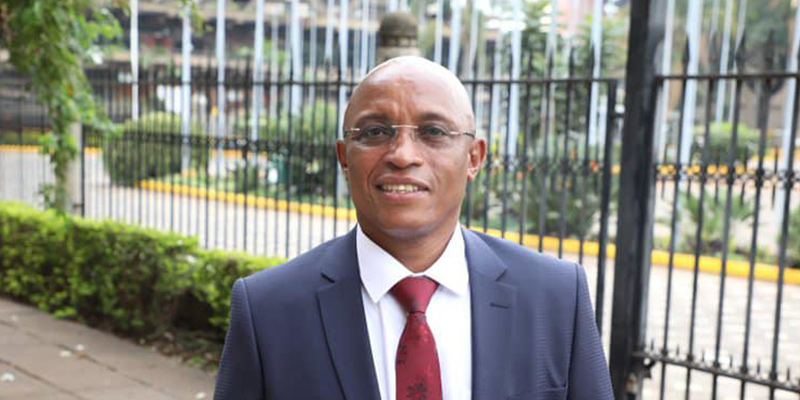 Underdogs have an unfailing defender in Matthews Nduma Nderi, the 59-year-old former principal judge of the Environment and Labour Relations Court.

Justice Nderi has written and read many judgments that strike a blow for justice for low-income workers such as security guards and domestic workers. Last year, he ruled in one such case: “It is unlawful to terminate the employment of a house help without giving her notice. It is also illegal and unfair labour practice to send a house help away without paying her any terminal benefits and not giving her certificate of service.”

The domestic worker had challenged her dismissal, which had followed her request to her employer for a salary increment. The judge awarded her Sh270,964 for the unfair termination of contract.

Justice Nderi’s most famous defence of workers was in a 30 June 2015 judgment; for a few months thereafter, Justice Nderi was the darling of the teaching fraternity after he awarded teachers a 50 to 60 per cent increment on their basic salary.

It is not one of the judgments he has sent to the Judicial Service Commission as part of his five sample writings to be considered in his application for the positions of Chief Justice and Supreme Court judge — and for good reason.

Within four months of that decision, five Court of Appeal judges had torn his legal reasoning to shreds, faulted his fidelity to procedure, and accused him of encouraging litigants to commit offences.

Justice Erastus Githinji found that the Labour Court had no jurisdiction to award the teachers a basic salary increment and allowances, as it could not derive such jurisdiction from the consent order Judge Nderi used as a basis to convert the petition into an “economic dispute”.

“If a judge takes up the role of a conciliator or mediator, then he or she should relinquish the role of an adjudicator,” wrote Justice Martha Koome in the same judgment. “It was unprocedural and untidy for a judge to switch from one role to the other.”

Koome added that the judge probably saw himself as a problem solver, referring to the tension caused by the incessant teacher strikes: “The judge was in a hurry to finalize the matter and resolve the dispute expeditiously. However, the award turned out to be a ‘quick fix’ that could not stand the test of the law and the Constitution.”

For her part, Justice Philomena Mwilu (as she then was) added: “The trial judge appears to have been overzealous to end the perennial cause of teachers strikes and thereby ignored the petition that started the proceedings, and framed issues for determination which were outside the petition.”

Another judge, Justice Festus Azangalala, did not spare Judge Nderi either, writing in his appeal judgment: “The Judge assumed a jurisdiction which, under the circumstances, he did not have.”

Government experts had argued that implementing Judge Nderi’s award – flowing from a tentative offer the TSC had made to the teachers’ unions before they were advised by the Salaries and Remuneration Commission to hold their horses — would expand the teachers’ wage bill by KSh216 billion, and trigger an additional increase of KSh360 billion for the rest of the civil service. In total, the economists projected that the public wage bill would swell by KSh929.8 billion, representing 95.3 per cent of all domestic revenue. They further argued that this would also significantly increase the pension liability from the KSh991 billion at the time.

Born in Embu County in 1962, Judge Nderi graduated with a Bachelor of Laws degree from the University of Nairobi in 1987 and practised law in his Nairobi law firm for five years after qualifying for the bar at the Kenya School of Law. He was in the team of lawyers that successfully defended George Anyona, Njeru Kathangu, Ngotho Kariuki and Edward Oyugi against treason charges during the Daniel arap Moi era.

After the 1992 elections, Nderi joined the Swaziland prosecution service where he worked as crown counsel from 1993 to 1998. He was appointed Judge President of the Industrial Court of Swaziland in 1998 and served until March 2006.

Justice Nderi then returned home to head the Federation of Kenya Employers’ legal and industrial affairs division for a year before moving to Tanzania as the Principal Legal Counsel for the East African Community.

He worked at the East African Community between 2008 and July 2012 before returning home to be appointed judge in the new Employment and Labour Relations Court. Nderi was elected as the first Principal Judge of that court, a perch from where he was able to showcase his case management skills.

The judge, a Nairobi School alumnus, also obtained diplomas in business organisation and management and human resource management from the South African Institute of Management between 1994 and 1995, as well as a Master’s degree in law from the University of Stellenbosch in 2004.

The judgments he has supplied as part of his sample writing include an award of KSh6.9 million to a university employee who was denied permanent employment and salary increment once she tested positive for HIV. He has also supplied a dissent from a majority decision allowing unions to charge non-union members agency fees.

Judge Nderi has an aggregate of 31 years experience in the legal profession.