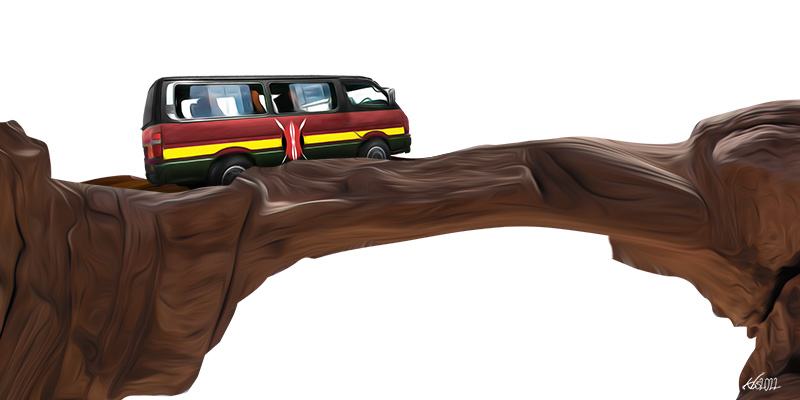 The Independent Electoral and Boundaries Commission’s (IEBC’s) centrality to the electoral process cannot be understated. There is a clear nexus between the perception of its credibility and the likelihood of instability. A recently conducted dry run of the IEBC’s new results transmission system recorded a failure rate of nearly 60%. Of the 2,900 polling stations used for the simulation, only 1,200 successfully transmitted data. This is deeply concerning in an election where we will have the highest number of polling stations and registered voters in Kenyan history at 46,232 and 22.1 million respectively. Illustratively, if the same failure rate is recorded during the actual election, this would mean 27,739 polling stations would fail to transmit results. In our previous articles, we discussed the IEBC’s use of technology in elections administration. In this article, we further scrutinize the elections management body’s readiness for the upcoming polls. Is the IEBC election ready? Can it administer a credible election?

Based on the Supreme Court’s indictment of the IEBC’s elections management in 2017 and the IEBC’s own assessment in its Post-Election Evaluation Report, the recurring themes in the IEBC’s shortcomings are its procurement practices, its use of technology and its internal capacity.  In appraising the IEBC’s, we are guided by its failings in previous electoral cycles and ask whether these have been remedied. A creature of the Constitution, the IEBC is mandated with continuous voter registration, elections administration, campaign financing regulation and registration of political candidates. We will focus only on continuous voter registration and elections administration.

In the historic 2017 judgment annulling the results of the presidential elections, the Supreme Court found that the IEBC’s transmission of results was riddled with irregularities. From missing statutory forms to statistical anomalies in the transmission of results, the Court concluded that it was unlikely the poll was credible. At the centre of these challenges was IDEMIA, the entity contracted by the IEBC to provide the Kenya Integrated Election Management System (KIEMS) which included biometric voter registration kits and a results transmission system. Under the Elections Act, the IEBC is required to use an integrated electoral system that enables biometric voter registration, electronic voter identification and the electronic transfer of results. Since 2013, the IEBC’s procurement of service providers to print ballot papers and administer the KIEMS has been surrounded by controversy. Writing for Africa Uncensored, John-Allan Namu has recently chronicled the IEBC’s seemingly systemic challenges with procurement. The circumstances surrounding IDEMIA’s procurement by the IEBC suggest significant external influence. In 2013, IDEMIA successfully secured the contract with the IEBC despite it not having the most viable bid. Further, despite lingering doubts around the credibility of its conduct of the 2013 election, IDEMIA was directly procured to administer the 2017 election for the alarming amount of KES 4 billion – the most expensive election in the region at the time. Internal records indicate that the IEBC was conflicted about the propriety and feasibility of IDEMIA’s procurement. Eventually, IDEMIA would sub-contract the results transmission to another entity.  The disastrous performance of the KIEMS in 2017 hardly needs to be recounted. The IEBC’s procurement challenges were not only limited to the integrated elections management system. A few months before the 2017 general elections, the IEBC’s procurement of Dubai-based Al Ghurair to print the ballots for the presidential elections was under scrutiny before the High Court and the Court of Appeal. This time, Al Ghurair was locked out for failing to meet a local shareholding requirement which was introduced following the 2017 elections.

Half a decade later, the IEBC seems to be in the same position. This time, it has procured Smartmatic International to administer the KIEMS and Inform P Lykos to print the ballot papers. Coincidentally, Smartmatic is the only company whose bid beat that of IDEMIA in 2013 yet it was not contracted. So, who is Smartmatic?  Earlier this year, the Philippine Cybercrime Investigation and Coordination Centre concluded that Smartmatic’s system was ‘compromised’ during elections it administered, not exactly an endorsement of its potential to administer Kenya’s forthcoming elections. Why would the IEBC lurch from one questionable service provider from one election to the next? On the basis of credibility, Smartmatic’s contract with the IEBC was questioned before the Public Procurement Administrative Review Board by Risk Africa Innovatis, which this time emerged second in the bidding for the contract. Inform P Lykos’ contract for the printing of the ballot papers was also challenged but the Public Procurement Administrative Review Board dismissed both cases. In each case, the complainants appealed to the High Court, which is yet to decide, but the IEBC has proceeded to contract both entities, citing the urgency of the elections and the absence of injunctions restraining them from doing so.

Unpacking the IEBC’s sense of urgency, it is apparent that history once again is repeating itself. In its Post-Election Evaluation Report, the IEBC highlighted that delays in disbursements from the Exchequer has, in each election cycle, compromised its adherence to statutory timelines. During this cycle, the IEBC’s clean-up of the voter register was impeded by IDEMIA’s refusal to hand over voter data to Smartmatic, apparently because of non-payment by IEBC. That the IEBC would conclude a contract that would permit a third-party service to exercise a lien over Kenyans’ personal data in that way is unsettling.  Unfortunately, like the government’s contract for the construction of the Standard Gauge Railway, IEBC’s contract with IDEMIA has never been made available to the public, and it appears that neither will its agreement with Smartmatic. On the procurement front, it appears that not much has changed since 2017.

Aside from the integrated elections management system, the voter register presented seemingly insurmountable challenges to the IEBC. While the Elections Act requires the IEBC to conduct an audit of the voter register not less than 6 months before the elections, KPMG was instructed to audit the register in March. Even before this audit was complete, the IEBC admitted that the voter register was breached, and voter data unlawfully transferred. Over 1 million voters were affected, with, for example, some voters who were registered in Nyeri County being transferred to counties in the former North Eastern Province. The IEBC chairman has since announced that the responsible officers have been identified and would be prosecuted. Especially because of the recent decision by the IEBC to scrap the manual register in favour of the digital register, the importance of the latter’s reliability is clear. What remains unclear is the sufficiency of the IEBC’s efforts to secure this reliability.

Immediately after the Supreme Court nullified the presidential elections in 2017, the IEBC experienced a mass exodus in its leadership. The CEO, Ezra Chiloba, and four commissioners all resigned. These officials, among others from the IEBC, have since been appointed to eye-catching positions. Chiloba was recently appointed as Director General of the Communications Authority, Immaculate Kassait is now the Data Commissioner, and James Muhati, the immediate former ICT director is now in charge of Huduma Kenya. Perhaps questions should also be raised regarding the Chairman’s continuance with the IEBC despite the colossal failure that was the 2017 election. The vacancies in the IEBC were only completely filled in September last year, 11 months to the elections. In its Post-Election Evaluation Report, the IEBC highlighted that in each cycle, its internal human resource capacity has been wanting. According to the Independent Review Commission, for an electoral management body to adequately prepare for an election, its leadership needs to be in place at least 24 months prior to the elections. In 2013, the IEBC’s vacancies were filled 15 months prior to the elections, and in 2017, this period was only 7 months. Between the delayed release of funds by the Treasury and the lack of political goodwill in filling its vacancies, it appears that the IEBC is designed to fail.

It goes without saying that an organisation’s leadership will determine, in large part, whether it will effectively deliver on its mandate. Are the commissioners currently in office, based on their backgrounds, up to the task of elections management? Before joining the IEBC, none of the current commissioners, including the Chairperson, had any experience in elections management. The upshot of this, is that save for Chebukati, who is the chair, and Commissioners Guliye and Molu, the commission’s leadership of 7 are all new to elections management.  Those who are not new learnt on the job and do not have appear to have relevant academic qualifications. Even the CEO lacks a background in elections management. Comparatively, South Africa’s Electoral Commission is comprised of a total of 5 commissioners, 3 of whom have over a decade’s experience in elections management. One of the commissioners, Dr. Masuku, even developed the Electoral Commission’s strategy and implementation framework in 1998. While a diverse skillset is important at leadership level, it goes without saying that practical knowledge of elections management is crucial and would undoubtedly influence the conduct of elections by electoral agencies. It is unsurprising that with the record of the leadership of South Africa’s Electoral Commission  it has had far fewer doubts raised around its credibility.  The IEBC’s top management are not self-evidently capable of administering a free and fair election: nothing in the background of the Commissioners suggests that this is a task to which they are accustomed or to which they can easily adapt.  Most are novices in this arena.  It is the equivalent of putting a ship out to into sea buffeted by gale force winds under a captain whose primary qualification is that many ships have capsized under the captain’s command.

Unfortunately, despite its attempts to address its previous failings, one cannot help but conclude that the more things change, the more they stay the same at the IEBC.  It is an institution, institutionally designed to fail.  Significant doubt still exists over its procurement process and choices, the technology it proposes to use seems not to be credible, it has had major lapses in security, and it has key officers un who lack professional credibility in the management of elections. In summary, the IEBC is not up to the task. We would be surprised if it was not found wanting. Its shortcomings are both errors of omission and commission.  We should have done a lot better.  We will now reap what we have sown with an electoral body unfit for purpose.