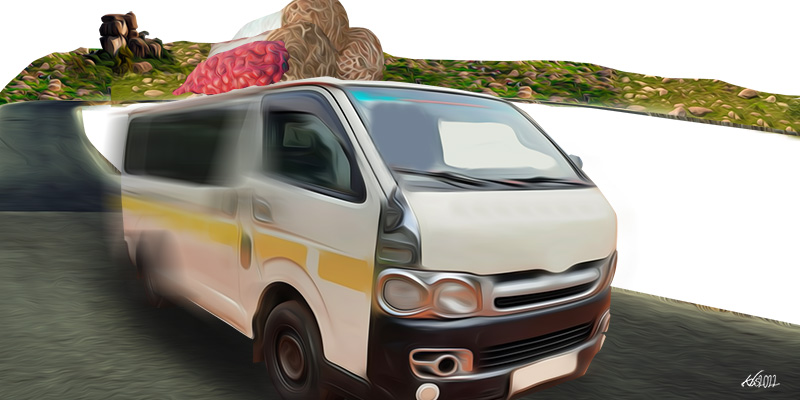 For a region that enjoys adequate rainfall and has good agricultural soils, the lack of access food supplies within days of a crisis breaking out is indicative of the problems generated by how food systems are structured in Kisumu County.

Kisumu County has a considerable shoreline along Lake Victoria that extends from Seme to the south to Nyakach Sub-County to the north. Apart from Kisumu city, the county also has a number of smaller towns such as Muhoroni, Ahero, Katito, Maseno and Kombewa.

Eighty per cent of the food consumed by the county’s 300,000 households—including maize, potatoes, onions, vegetables, milk, rice, eggs and bananas—is imported from as far as Uganda and Tanzania along with imports of fish from China.

Kisumu County continues to import food despite having regions that could potentially support expansive food production in areas such as Muhoroni, Nyamware and Nam Thowi, and the fertile crescents in Seme to the south. Over time, the rich alluvial soils that have been deposited in these areas by floods and rivers flowing downstream from Nandi Hills have created fertile grounds that support farming.

How did we get here?

The persistent issues that have impeded food production in Kisumu County are numerous. Traditionally, communities living in the county practiced fishing and livestock keeping, and subsistence agriculture as their economic mainstay. Commercial farming has only been embraced in recent years, due to interactions with neighbouring farming communities such as the Kisii, Luhya, Abasuba, and Kuria. The majority, however, continue to practice smallholder subsistence agriculture.

The uptake of commercial farming was also hindered by the economic policies of the 1990s that saw the collapse or the weakening of many of the structures that had been established to support food production in the country as a whole and provided extension services, grants, and subsidies to farmers. They include the Agricultural Finance Corporation (AFC), the Agricultural Development Corporation (ADC), Agricultural Training Centres (ATCs), Agricultural Research Institutions (ARIs), and farmers’ co-operatives.

The system of land ownership in Kisumu County is also a hindrance to commercial food production. Most land in Kisumu County is not registered and titled and much of it is inherited property that has been passed down through the generations without legal title.

Recent surveys show that the cost of the farming inputs required to initiate meaningful agricultural production is out of reach for the majority of Kisumu County residents. This challenge is further compounded by the dearth of farming SACCOs (Savings and Credit Cooperatives); with the prohibitive interest rates charged by local banks, obtaining capital to start an agricultural enterprise has proved to be a challenge. These challenges are further exacerbated by the risks associated with farming such as crop losses and post-harvest losses.

The system of land ownership in Kisumu County is also a hindrance to commercial food production.

There is little agro-innovation among Kisumu farmers who still rely on traditional farming methods. There is little irrigation going on in the county. Lastly, there is a serious lack of the human resource required to support food production such as agricultural engineers, extension officers, veterinary doctors, agronomists, sociologists, planners, economists, among others.

At Jubilee Market, a major cog in the food supply chain in Kisumu City, traders lament daily about inadequate local food supplies and about middlemen from outside the county who take advantage of food shortages to import supplies and make big profits. The high demand for food and the low supply have an impact on food prices, reducing profit margins for the traders, even as consumers are faced with high food prices.

There is a serious lack of the human resource required to support food production.

The missing link in Kisumu’s economic growth is a buoyant agricultural sector. From observations made when the writer toured Victoria Eco-Farm, a leading food supplier situated at Dunga Beach in Kisumu City, the revival of agriculture in Kisumu is possible.  Victoria Eco-Farm deals in poultry, dairy, bee keeping, and the rearing of exotic dogs.  The farm has also diversified into agri-tourism, receiving visitors and training both students on attachment and local farmers on best farming practices. Nicholas Omondi, the Director, has become a role model for emerging food producers in the agriculture sector.

Based on Walt Rostow’s model of economic growth, Kisumu County will not make a sudden and quick leap out of food insecurity. In Stages of Economic Growth, Rostow outlines the five stages that all countries must pass through to become developed: the traditional society; pre-conditions for take-off; take-off; drive to maturity; age of mass consumption. Regrettably, Kisumu County is still at the stage of a traditional society that is characterized by subsistence agriculture, limited funding and technological innovation, and low economic mobility.

The pre-conditions for take-off will only be fulfilled when the county government, acting in collaboration with the national government, provides adequate incentives for agricultural development. More food crops need to be introduced to farmers in Kisumu County. There is also an urgent need to revitalize existing sectors such as the sugar and fishing industries. The county’s potential to become a prime producer of rice also needs to be actualized.

Reform-oriented policies such as titling and surveying are needed in order to transform the existing models of landholding and land ownership. Farming communities in the county also require extensive sensitization and training on emerging technologies and innovations. Most importantly, existing lacklustre attitudes to farming as an economic activity among Kisumu County residents will need to be addressed.

However, the current tax regime is inimical to the drive to boost food security and needs urgent review. In effect, no serious gains can be made in the agriculture sector anywhere in the country as long as the national government continues to insist on enforcing policies that increase production costs and make it cheaper to import food from Tanzania and Uganda than to grow it at home.

The current tax regime is inimical to the drive to boost food security and needs urgent review.

Leaders must realize that whether they are in the opposition or in government, relations with state agencies, especially those in the agriculture sector, are key to developing farming in Kisumu County, that in the interest of economic development, they must always be in constant touch with the government for purposes of support, lobbying and relaying feedback in development processes. Existing attitudes and brands of politics that lead to self-marginalization must be removed at all costs.

It must be recognised, however, that the county government has taken initial steps to start addressing the challenge of food insecurity. In partnership with the Food and Agriculture Organization (FAO), the county government has established a youth-focused Food Liaison Advisory Group (FLAG), leading to the promotion of urban agriculture, the strengthening of rural mechanisms for food production and initiating programmes for the training and deployment of agricultural extension officers.

It is to be hoped that such initiatives will contribute towards alleviating the food insecurity situation that the residents of Kisumu County continue to grapple with.