Bees in Crisis: Toxic Insecticides a Threat to Food Security

By Claire Nasike and Caroline Mwendwa 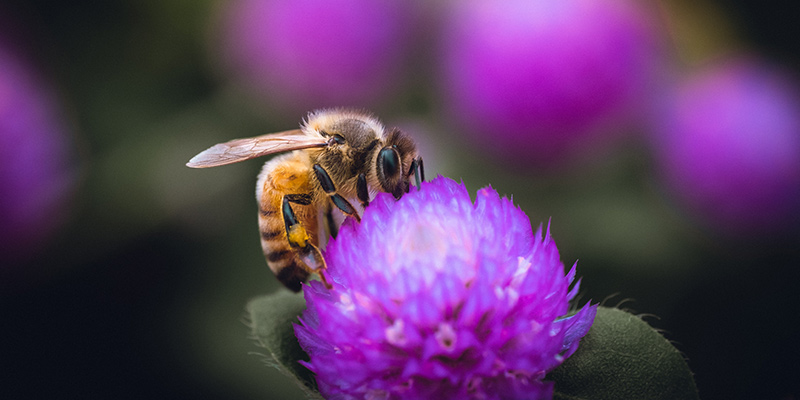 Bees play a critical role in food and nutrition security in Kenya through cross-pollination. They are also a source of income for farmers, through products such as honey, pollen, beeswax, propolis and royal jelly. However, bee colonies are under threat from an overuse of synthetic insecticides in Kenya. These insecticides are often fronted to farmers as a viable solution towards the control of pests affecting their crops. Statistics show that between 2016 and 2019,Kenya imported 12.9 million kgs of  insecticides, worth Ksh15. 8 Billion.

Insecticides as defined by National Pesticide Information Centre are a class of pesticides that are formulated to kill, harm, repel or mitigate one or more species of insects. They act on the pests by either disrupting the nervous system or their exoskeletons.

Oblivious of their impacts on the bees and environment, farmers are increasingly using these chemical compounds on their farms to control aphids, whiteflies, thrips, locusts, bollworms and cotton stainers. A closer look at the Pest Control Products Board Website shows insecticides such as Imidacloprid (78 products) and Deltamethrin (20 products) that are scientifically known to increase the mortality of bees are registered and used in Kenya.

Aside from farmers, the government of Kenya through the Ministry of Agriculture also employed the use of Deltamethrin in the control of desert locusts in  Menengai Nakuru region between March and April 2021. This was revealed by an environmental assessment done by Greenpeace Africa.

Of critical concern is that these insecticides have been scientifically proven to negatively impact honey bees (Apis mellifera). Earlier this year, the Kenya Agricultural and Livestock Organization (KALRO) attributed the mass death of bees in Baringo to the excessive use of chemicals to control the fall armyworm. Similar to this was a 2015 study conducted in Transmara west sub county, that showed an increase in honey bee mortality and a decrease in honey yield in areas sprayed by pesticides.

Aside from the massive death of bees, Kenyan honey has also been reported to contain residues of toxic pesticides. Between September 2013 and August 2015, pesticide residues were detected in pollen and honey from honey bee hives across several regions in Kenya.

Those dealing with these dire ecological consequences of the widespread and continuous use of synthetic insecticides are smallholder beekeepers. For instance, following an aerial and ground spraying of synthetic insecticides in Samburu County in 2020, an intervention aimed at managing the swarms of desert locusts that invaded farms, there were complaints especially among beekeepers that their beekeeping enterprises were disrupted as bees fled their hives and others died from poisoning by the chemicals used. Lolmoti Ltkaruan, a beekeeper in Angata Nanyekie village, Samburu East was one of the farmers whose bee hives were affected by the aerial spraying.

Lolmoti, who is also a livestock keeper, had five hives from which he harvested honey worth KSh 4,000 from each hive, earning him KSh 20,000 per season. However, when the locusts hit, the Samburu county government in an effort to salvage crops and vegetation from the ravaging insects, used drones to conduct mass spraying of insecticides, which not only landed on the locusts but also the vegetation and the hives along with the bees inhabiting them. “Days after the spraying I noticed that four of my hives were deserted, all bees had fled; only one hive still had bees, and their numbers had significantly decreased,” says Lolmoti.

The father of seven had planned to use the money from his beekeeping enterprise to take his son who was clearing his primary education to secondary school. After the loss of his honey business, he still hadn’t figured out another source of income. This loss of livelihoods is coupled with the sad reality of Kenyan farmers being forced to pollinate their crops by hand as a result of the loss of bees.

Farmers need to be saved from this agony, by the Kenyan government and the relevant agencies such as Pest Control Products Board which are responsible for the registration and authorisation of these synthetic  insecticides.  As Kenya joins the rest of the world in marking World Food Day under the theme “Our actions are our future – Better production, better nutrition, a better environment and a better life,” there is a need for a paradigm shift in dealing with the pesticide menace.

It is critical for the Kenyan government to engage institutions of research such as, International Centre of Insect Physiology and Ecology (ICIPE) and other companies that are working to make available biofriendly pest control products and practices that will safeguard bees. Safe options such as biopesticides (insecticides and fungicides), push and pull technique, traps and protein baits will help protect bee populations, reduce pest infestation and increase food production.