Not All Gloom and Doom: A Rebuttal to Mehari’s “Elections? What Elections? Abiy Is Counting on A Military Victory”

By Ethiopian Embassy in Kenya 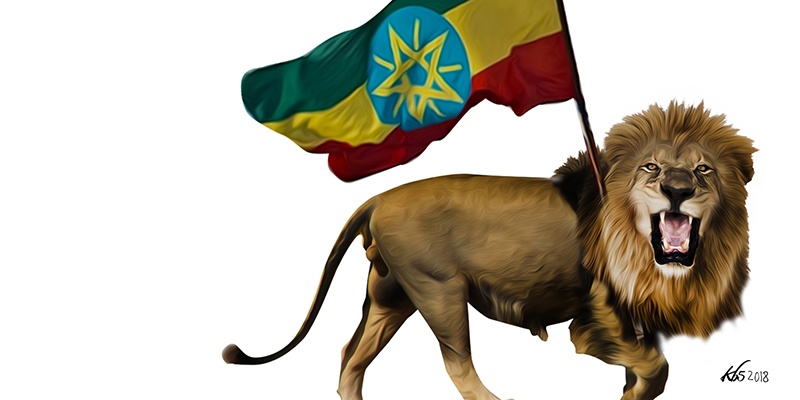 On 02 August 2021 your esteemed outlet The Elephant published an Op-Ed by Mehari Taddele Maru entitled “Elections? What elections? Abiy is Counting on a Military Victory”. In this regard, we would like to point out the fact that the piece was deliberately misleading, obviously biased and entirely fictitious. The distorted allegations against the leadership of Prime Minister Abiy Ahmed – that it has “failed to deliver on all three counts” i.e., political democratization, further economic liberalization, and what the author conveniently termed a ‘post-ethnic’ Ethiopian politics is not only misleading but also utterly misinformed. The plethora of political, judicial, economic and military reforms for the betterment of the People of Ethiopia and beyond that were introduced by PM Abiy since he came to power are still in place with an ever-increasing vitality and returns, to which the people of Ethiopia and other persons of common sense could attest to.

The author’s fallacious and twisted characterisation of Ethiopian politics as “bitterly polarised along ethnic lines”, against all odds, is a stale argument. First and foremost, conjuring up fictitious, non-existent “ethnic split” within the Ethiopian National Defense Forces (ENDF) could only serve the propagandist agenda of the Tigrayan Peoples’ Liberation Front (TPLF), let alone being a solid argument based on facts on the ground. Brazen declaration of Ethiopia as having “two armies” – the ENDF and Tigrayan Defense Forces (TDF) is not only utterly preposterous but a flat out attempt against the sovereignty and territorial integrity of the Federal Democratic Republic of Ethiopia. Equating a terrorist organization such as the TPLF with the

Government of Ethiopia, in the same token ENDF with TPLF, by itself constitutes the disinformation campaigns of the latter. As such, it is emblematic of complicity with the hypocritical junta that is hellbent on wreaking havoc not only in Ethiopia but also the entire of Horn of African region. On the other hand, interpreting the fight of the people of Ethiopia, in whom the sovereign power of the government lies, against a clique that threatens the national security, peace and calm of not only Ethiopia but also its neighbours, as a war against the people of Tigray is a morally flawed statement. The Government of Ethiopia, has made it time and again abundantly clear that the war being fought is against the terrorist cell that is TPLF, not the People of Tigray. The government firmly believes that the People of Tigray must be liberated from the tyranny of this insatiable cabal that on a daily basis rains brimstone on the People of Tigray and threatens peace of the country in their name. Hence, the Tigrayan people have been the perennial victims of the TPLF clique’s unorthodox, evil rule that deprived them of descent living, development and prosperity. Mutatis mutandis, Ethiopia only has one army and that is the Ethiopian National Defense Forces.

Speaking of economic liberalization, it is of grave importance to pay due emphasis to the myriad initiatives instituted by the leadership of PM Abiy under the rubric of A Homegrown Economic Reform Agenda: A Pathway to Prosperity and Ease of Doing Business since 2018. These pioneering tools of economic reform geared towards a prosperous Ethiopia, contrary to the author’s misreading, not only stimulated Foreign Direct Investment (FDI) but also heartened robust Kenyan companies such as Safaricom to venture into the untapped telecom industry of the Ethiopian economy.

On the political democratization front, discrediting the recently conducted historic General Elections in Ethiopia as lacking in participations and competitiveness in itself amounts to discrediting the collective will of the Ethiopian People. Deeming a historic election, the People of Ethiopia conducted in a peaceful, fair and democratic manner, while effecting a new political dispensation, as discriminatory as the author boldly claims, while accusing the Prime Minister of devising “ways to effectively exclude the real contenders with any chance of defeating the incumbent”, could more or less described as a total disregard for the will of the Ethiopian people. Technically speaking, putting a genuine critique of what really transpired during the 6th General Elections aside, the author is engaged in astroturfing in favor of the TPLF junta and character assassinations ad hominem against the Prime Minister. Professional journalism at least requires that the consent of the governed be logically analyzed and criticized based on distinct merits and that scapegoating of all sorts be put aside.

There is also no mention of the unconditional unilateral declaration of ceasefire by the Federal Government on 28 June 2021 aimed at enabling humanitarian assistance that is being hampered by the TPLF’s sabotage and continued harassment. The use of child soldiers by the TPLF is also nowhere to be found in the article. It is however surprising to witness the author’s meditative misinterpretation of the unilateral ceasefire as not only a scenario of capitulation- in the authors words, “defeat and withdrawal of the Ethiopian army from Tigray” but also of “Ethiopia…losing its army.” The withdrawal of the ENDF troops was not recognized by the author as a welcome gesture geared towards ensuring the wellbeing of our people in the Tigray Region, who are being held captive by the TPLF junta. It rather portrays the Government as an entity that capitalizes on what the author carelessly claims “legitimacy hanging on military victory.” To the contrary, the Government strongly believes that its legitimacy emanates from the collective will of the People and that there are not victories to be won in the efforts to save our People in Tigray from the mouth of a wolf pack in sheep’s clothing that is the TPLF.