COVID-19 Vaccine Safety and Compensation: The Case of Sputnik V

By David Ngira and John Harrington 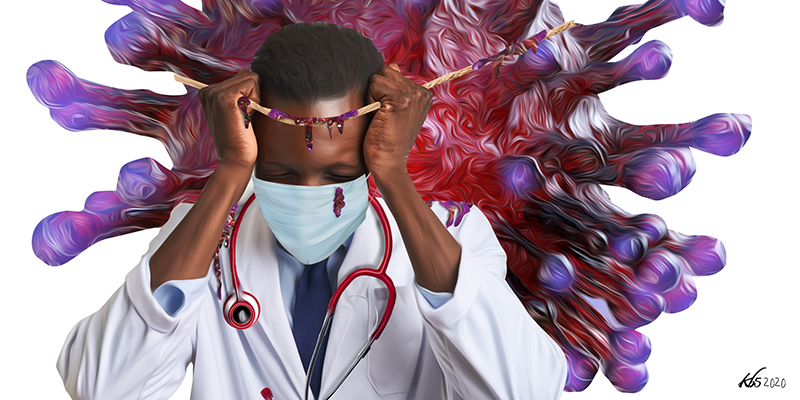 How effective is Kenya’s system for regulating new medicines and compensating citizens who suffer side-effects from taking them? Since March 2021, Kenya has been using the AstraZeneca vaccine supplied through  COVAX to inoculate its frontline workers and the older population. This is available to the public free of charge, according to a priority list drafted by the Ministry of Health (MOH). The Pharmacy and Poisons Board (PPB) also approved the importation of the Sputnik V vaccine from Russia, which was initially available through private health facilities only at a cost of KSh8,000 per jab, before the MOH banned it altogether. However, there were reports in the media that the vaccine continued to be administered secretary even after the ban.

Although side effects are rare, we know that all vaccines come with certain medical risks. Kenyans taking vaccines run these risks not just for their own protection, but also for that of the wider community. The state has a responsibility to protect citizens by carefully controlling the distribution of vaccines and by ensuring that adequate and accessible compensation is available where risks materialise. These duties are enshrined in the constitution which guarantees the right to health (Article 43) and the rights of consumers (Article 46).

A system of quality control before the deployment and use of medicines is set out in the Pharmacy and Poisons Act the Standards Act, the Food, Drugs and Chemical Substances Act and the Consumer Protection Act. However, the controversy over Sputnik V in Kenya has cast doubt on the coherence and effectiveness of this patchwork system. Moreover, none of these Acts provides for comprehensive compensation after deployment and use of vaccines.

Subject to medical trials and in line with its mandate to protect global health, WHO has recommended specific COVID-19 vaccines to states. Generally, WHO recommendations are used as a form of quality control by domestic regulators who view them as a guarantee of safety and effectiveness. However, some countries rely exclusively on their domestic regulators, ignoring WHO recommendations. For instance, the UK approved and administered the Pfizer vaccine before it had received WHO approval.

The COVAX allocation system fails to take into account the fact that access to vaccines within countries depends on cost and income.

By contrast, many African states have relied wholly on the WHO Global Advisory Committee on Vaccine Safety given their weak national drug regulators and the limited capacity of the Africa Centre for Disease Control (CDC). The Africa CDC itself deems vaccines safe for use by member states on the basis of WHO recommendations. Kenya has a three-tier approval system: PPB, Kenya Bureau of Standards and WHO. The PPB relies on the guidelines for emergency and compassionate use authorisation of health products and technologies. The guidelines are modelled on the WHO guidelines on regulatory preparedness for provision of marketing authorization of human pandemic Influenza vaccines in non-vaccine producing countries. However, prior to approval by PPB, pharmaceuticals must also comply with Kenya Bureau of Standards’  Pre-Export Verification of Conformity standards .

To minimise liability and incentivise research and development, companies require states to indemnify them for harm caused by vaccines as a condition of supply. In other words, it is the government, and not manufacturers, who must compensate them or their families where required. Failure to put such schemes in place has undermined COVID-19 vaccine procurement negotiations in some countries such as Argentina.  Indemnities can be either “no-fault” or “fault”-based’.

No-fault compensation means that victims are not required to prove negligence in the manufacture or distribution of vaccines. This saves on the often huge legal costs associated with tort litigation. Such schemes have had a contested history and are more likely to be available in the Global North. By contrast citizens of countries in the Global South must rely on the general law, covering areas such as product liability, contract liability and consumer protection. These are usually fault-based, and require claimants to show that the vaccine maker or distributor fell below widely accepted best practice. Acquiring the evidence to prove this and finding experts in the sector willing to testify against the manufacturer can be very difficult.

By default, Kenya operates a fault-based system, with some exceptions. Admittedly, citizens have sometimes been successful in their claims, as in 2017 when the Busia County Government was ordered by the High Court to compensate victims of malaria vaccines. The High Court held that county medics were guilty of professional negligence, first by not assessing the children before administering the vaccines, and second by allowing unqualified medics to carry out the vaccination.

The problem is that the manufacturer has not published sufficient trial data on the vaccine’s efficacy.

In recognition of these difficulties, and in order to ensure rapid vaccine development during a global pandemic, WHO and COVAX have committed to a one-year no-fault indemnity for AstraZeneca vaccines distributed in Kenya. This will allow victims to be compensated without litigation up to a maximum of US $40,000 (approx. KSh4 million). To secure compensation, the claimant has to fill an application form and submit it to the scheme’s administrator together with the relevant evidentiary documentation. According to COVAX, the scheme will end once the allocated resources have been exhausted. The scheme also runs toll-free telephone lines to provide assistance to applicants, although the ministries of health in the eligible countries are also mandated to help claimants file applications.

Beneficiaries of the no-fault COVAX compensation scheme are barred from pursuing compensation claims in court. However, it is anticipated that some victims of the COVAX vaccines may be unwilling to pursue the COVAX scheme.  At the same time, since the KSh4 million award under COVAX  is lower than some reliefs awarded by courts in Kenya, some claimants may avoid the restrictive COVAX compensation scheme and opt to go to court. Because such claimants may instead sue the manufacturer, COVAX requires countries to indemnify manufacturers against such lawsuits before receiving its vaccines.

Sputnik V is different. Neither the WHO-based regulatory controls before use, nor the COVAX vaccine compensation scheme after use applies. Sputnik has not been approved by WHO or the Africa CDC. The PPB approved its importation in spite of the negative recommendation of Africa CDC, and in the face of opposition from the Kenya Medical Association. The rejection of Sputnik in countries like Kenya is partly due to the reluctance of Russia’s Gamaleya Institute to apply for WHO approval, partly because the manufacturer has not published sufficient trial data on the vaccine’s efficacy, and partly due to broader mistrust of the intentions of the Russian state. This may be changing as Africa CDC Regulatory Taskforce and European Medicines Agency are now reviewing the vaccine for approval while 50 countries across the globe have either approved its use- or are using it already. In Africa, Ghana  Djibouti, Congo and Angola have approved the use of Sputnik V with Russia promising to donate 300 million doses to the African Union. Such approvals have been hailed for providing an alternative supply chain and reducing overreliance on the West.

As regards compensation, Russia has indicated that it will provide a partial indemnity for all doses supplied. However, no clear framework has been set out on how this system will work. There has therefore been no further detail on the size of awards, and whether they will be no-fault or fault-based. This lack of legal specifics has added to the reluctance of countries around the world to adopt the vaccine.

As matters stand, therefore, the Kenyan government would not be able to indemnify private clinics importing and administering Sputnik V. The absence of a statutory framework on vaccine compensation by the state makes this possibility even less likely. Nor would compensation be available from the Gamaleya Institute. The only route then would be through affected citizens taking cases based on consumer protection legislation and tort law in the Kenyan courts. As we have noted, this is complex and costly. Claims might be possible in Russia, but these problems would be exacerbated by language barriers and differences between the legal systems, as well as the ambiguity of the Russian compensation promises.

The private sector can complement state vaccination efforts, but this must be done in a way that guarantees accessibility and safety of citizens.

Although the importers obtained a KSh200 million insurance deal with AAR as a precondition for PPB authorisation, the amount per claimant was restricted to KSh1 million, which is well below the WHO rates and the average tort rates ordered by Kenyan courts.  As an alternative to claiming against the manufacturers and distributors, injured patients might sue the Kenyan government. Such a claim would allege state negligence and dereliction of statutory and constitutional duties for allowing the use of a vaccine that has not been approved by global regulators such as WHO, thus exposing its citizens to foreseeable risks. This would be particularly attractive to litigants given the difficulties in recovering from the Russian authorities and the risk that Kenyan commercial importers would not be able to meet all possible compensation claims. Ironically, the use of the Sputnik V vaccine in private facilities still exposes the government to lawsuits even if it didn’t facilitate the vaccine’s importation and distribution.

What the government needs to do

The acquisition of vaccines has been undermined by the self-interested “nationalism” of states in the Global North. Only after buying up the greater part of available vaccines have they been willing to offer donations to the rest of the world. These highly publicised commitments fall far short of what is required in the Global South. Kenya’s first task must be to intensify its diplomatic efforts to increase supply through bilateral engagement with vaccine manufacturing states and in multilateral fora like the World Trade Organization, acting in alliance with other African states. Such steps are only likely to bear fruit in the medium term, however. In the short term, it is certainly sensible to involve private companies in vaccine procurement and distribution in order to supplement the supplies available through COVAX. This is recognised in Kenyan and international law as an acceptable strategy for securing the right to health. But it must be done in a way that guarantees accessibility and the safety of citizens. Accordingly, Kenya should encourage Russia (and all vaccine manufacturers) to publish full trial data showing effectiveness and risks, and to seek WHO approval on this basis. It should require them to establish and publicise detailed indemnity frameworks to allow for comprehensive and accessible compensation. It should acknowledge that citizens accepting vaccines are not only protecting themselves, but also the wider national and global community. With adequate regulation before use, the risk of doing so can be minimised and made clearer. But some risk remains, and those who run it deserve to be compensated for doing so. It is therefore imperative for Kenya to establish its own no-fault indemnity scheme for all state-approved vaccines, including those imported by the private sector.

This article draws from COVID-19 in Kenya: Global Health, Human Rights and the State in a time of Pandemic, a collaborative project involving Cardiff Law and Global Justice, the African Population and Health Research Centre, and the Katiba Institute, funded by the Arts and Humanities Research Council (UK).