Black Bodies, White Spaces: The Complicit Reproduction of the African Tragedy by the Global Health Industry 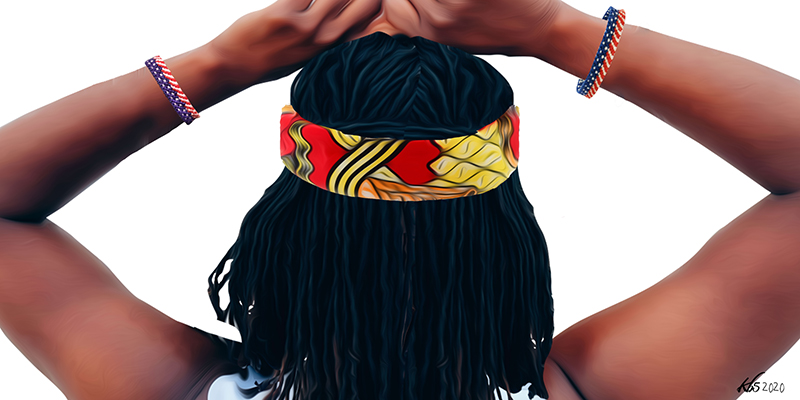 Africa entered the global COVID-19 discussion in typical fashion—shrouded in a discourse of lament and crisis. In April 2020, while New York City held on securely to the title of “COVID-epicenter” (after Italy relinquished the title), scholarship and opinion pieces proliferated, predicting that Africa’s demise was on the horizon. A public health expert writing for The World Economic Forum (WEF) warned that Africa had a “time bomb to diffuse.”

As wealthy countries grappled with their own inundated health systems, more Africans would die because the West could not afford to help. In May, Yale School of Medicine forecasted that by the end of June, 16.3 million Africans could contract the virus—a 135% increase in the number of cases from April to May and 39% increase from May to June. Lack of health infrastructure, high user fees, large refugee populations, high rates of comorbidity indicators, poor governance, corruption, and lack of sanitation were just some of the factors informing the anticipated COVID-related death toll in Africa.

Studies like these were plentiful in the early months of the pandemic. The reality, however, strayed far from the science and expert opinions. By August, the number of COVID cases on the continent remained low in both absolute and proportional terms. This time, the experts began to postulate why Africans were not dying as they had predicted. In the aftermaths of these errant conjectures, headlines like “Scientists can’t explain puzzling lack of Coronavirus outbreaks in Africa” dotted the media landscape. Again, public health experts returned to what they had previously adumbrated as exposing the continent to high cases of COVID-19—poverty, population density, demographic structures, co-morbidity factors. Some even suggested that the numbers were a result of low testing, which has since been disproven. What the predictions hadn’t taken into account was how quick to act most African countries would be.

Ghana was one of the first countries to close all of its land and sea borders. For nations that had been impacted by Ebola, there was still infrastructure in place to respond to COVID, thus minimizing spread. Senegal and Rwanda also had noteworthy responses characterized by innovative solutions to treatment and contact tracing. The African Union coordinated with other regional partners to establish the African Medical Supplies Platform—a virtual marketplace where governments and health officials can directly purchase essential medical supplies.

What these failed predictions depict is how the global public health industry is complicit in the reproduction of what Malinda Smith calls “the African tragedy”—the uncritical epistemic industry that has long produced knowledge of African development as a monolithic and primordial tragedy. This intellectual space is generally inhabited by development economists giving credence only to internal factors like  “good” governance and economic institutions.

The African tragedy is maintained through a valence of objective and quantifiable science that obscures racists and un-reflexive discourses about the continent. Global health, just like development economists, begin their inquiries and predictions for the dissemination of COVID-19 in Africa with a set of assumptions that rely on an undifferentiated continent with no possible positive attributes to contain the spread of the virus. We saw evidence of this when two French doctors expressed how vaccine trials should take place in Africa because there are “no masks, no treatments, no ICUs” and “they are highly exposed and they don’t protect themselves.”

Outrage ensued from these comments, with the head of the World Health Organization calling it a “hangover from colonial mentality.” Yet, how different are these comments from the underlying reasons that informed early predictions that Africa would be ravaged by COVID? When some African countries far exceeded expectations, headlines foreshadowed that the worst was yet to come. The New York Times recently proposed that the “extra time” that had been bought by the slow spread of the virus was not enough to bolster weak health care systems, which would soon bring about the originally anticipated number of cases for the continent.

More recently the rise in cases and COVID-related deaths in Africa has been tied to the highly transmissible South African variant of the virus. Here, again, public health officials did not anticipate that the primary factor leading to increased COVID-19 cases in Africa would be a more contagious version of the virus, once again shifting our attention from dilapidated health infrastructure to public health questions that transcend expected disaster. The disaggregated country-level data shows that most African countries continue to control the spread of the virus and mortality rates—still faring better than many wealthier nations.

An appeal to the African tragedy is never about the fundamental causes of poverty, lack of infrastructure, or corruption. These factors cannot be addressed by more aid and development interventions. Solutions to these public health problems demand a fundamental restructuring of the economic and political order.

We see steps in this direction with respect to the People’s Vaccine Alliance—a coalition of governments and actors from the Global South demanding that the publicly-funded COVID-19 vaccine be considered a public good. These demands come as wealthier countries comprising only 14% of the global population have purchased 53% of the more promising COVID-19 vaccine. Countries in the Global South have taken to the WTO to demand that the WTO suspend TRIPS (the trade related aspects of intellectual property rights) to ensure that all countries have access to the requisite health resources for controlling the virus.

V.Y. Mudimbe expresses how the othering of Africa is an inexorable feature in the invention of Africa. It sustains the West’s ability to imagine itself as intellectually and morally superior. These delusions of grandeur are maintained through enterprises like global public health that discursively reinforce conditions suggesting the need for Africa to remain financially and epistemically dependent on Western countries.

The forecasting of COVID-related deaths was accompanied by a call for the world to “save Africa.” Brain drain, land seizures for natural resource extraction, covetous intellectual property rights, and histories of medical racism, have all contributed to the conditions that would have led public health experts to predict that COVID would ravage the continent.

Many West African countries are still rebounding from the effects that the World Bank and IMF-backed Bamako Initiative wrought on their health care systems. To make these issues salient, however, is to share accountability for the African tragedy with the international community.

–
This post is from a partnership between Africa Is a Country and The Elephant. We will be publishing a series of posts from their site once a week.