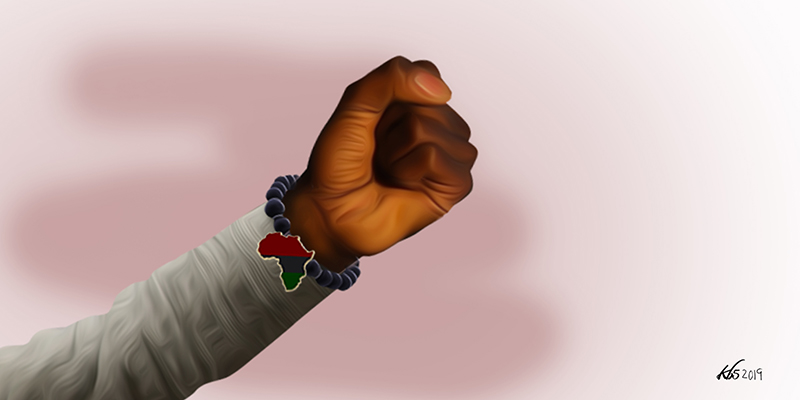 The potential effect of COVID-19 on the African continent has sparked a debate. In one camp are those who fear that devastation awaits just around the corner, and view the low rates of infection as a function of inadequate testing. Some have largely written off the capacity of the continent to respond, and others, like a New York Times editorial, have suggested the creation of a “brain trust of the developed world” to create a strategy to help poor countries. In the second camp are those who see the steps taken by African states as “so far at least, surprisingly effective” at containing the pandemic. Others on this side find other factors more persuasive: African countries have a youthful population, low mobility, and in some cases, have implemented lessons from previous pandemics. A third camp calls out the assumptions about African victimhood and dysfunction inherent in the first camp, and the begrudging acknowledgement of African innovation and agency in the second.

Whichever way the debate resolves, what is true is that Africa’s lack of physical resources, such as ventilators, doesn’t equate to a lack of human capital to respond to the COVID-19 crisis. What is also true is that, in the spirit of hoping for the best while preparing for the worst, African countries have not organised a visible and coordinated multidimensional strategy to the pandemic that is commensurate with the scale of the potential threat.

As the trajectory of the crisis continues to evolve and the future of how countries may need to shift responses remains unknown, the African Union (AU) must activate Africa’s global human capital in a think-and-do tank to support the efforts of its member states. Such a mechanism, if done well, can outlast the crisis, strengthen the legitimacy of the AU, and complement future external technical assistance.

First, the AU needs to provide visible political leadership internally and externally. Internally, this leadership is required to help AU member states deal with the considerable pain inflicted on African populations in the form of lockdowns and curfews, which are disrupting social and economic life. Even as some of these measures are starting to ease, many citizens of African countries are questioning whether these measures are contextually appropriate. Therefore, the AU must provide its membership with some political cover.

The organisation is called to a new level of leadership; it should rewrite the rule book so that the continent doesn’t travel the short path from disrupted transport routes to high food prices and widespread political protest. An AU-convened think-tank would serve as a listening mechanism for Africans. Such an innovation would work to ensure that citizens maintain their consent and adherence to national government actions intended to curb the pandemic, and avoid an entirely new crisis – the political one.

First, the AU needs to provide visible political leadership internally and externally. Internally, this leadership is required to help AU member states deal with the considerable pain inflicted on African populations in the form of lockdowns and curfews, which are disrupting social and economic life.

Externally, an organised response is practical. The initiative of the Africa Centres for Disease Control and Prevention (CDC) to pool procurement of testing and personal protective equipment (PPE) commodities is a case in point. This has helped individual member states to stand a chance in tasks such as purchasing N95 masks, especially if a governor of a US state is directly competing for the same. We need a continent-wide approach in other areas – a donor from a Nordic capital should not have to call 54 separate governments in order to assess what support is needed across the continent.

Second, the AU must do more to help mobilize resources. While the AU is pushing forward commendable efforts advocating for debt relief, these remain insufficient in a context where an estimated 30 per cent of the African workforce may be significantly impacted. African countries need lots of money. The AU needs people to help raise it – people to set priorities, write proposals, draft the talking points, and make presentations on the Zoom calls where funding commitments are made. People to create rapid, costed COVID-19 national plans and to weave arguments that show donors precisely what their money can buy.

Fundamentally, Africa needs people who can navigate global networks of influence, mobilise compelling evidence, and present the business case for a revolutionary financing model for global public goods. This is critical, because existing sources are unfit for the task. There has never been a better time to dust off innovations such as the Tobin tax (a small levy to financial transactions that goes into a global fund to mitigate existential threats everywhere). An AU-steered effort in this direction would be valuable for African and global citizens alike.

While the AU is pushing forward commendable efforts advocating for debt relief, these remain insufficient in a context where an estimated 30 per cent of the African workforce may be significantly impacted.

Finally, the AU must help its member states to engage with emerging technical knowledge and practice. Individual country choices across health and socio-economic fronts vary widely, without clear systematic processes to determine best courses of action. African governments are historically under-resourced in technical expertise, as are institutions such as the Social Affairs Commission of the AU and the Africa CDC, where the response is currently centralised.

The structure of patronage states has tended to be anti-intellectual; they tend to outsource crisis response to an army of experts from bilateral and multilateral sources. With those experts sheltering-in-place in their home countries, the role they ordinarily perform – to offer comparative experience and make recommendations about the options national actors should consider – is largely unfilled. Citizens, including African intellectuals and technocrats (of which Africa has many in the diaspora), have no systematic way to feed into a policy process. The AU can bring a multi-disciplinary team of African citizens into a structured engagement with the swirl of information, innovation and research all around. This team would filter inputs through the lens of their lived experiences, make proposals on what can work with which adaptations, and only then feed into the pool proposed interventions for countries to consider.

To be sure, expecting an expanded scope of AU leadership may seem unfair at a time when a near Hobbesian state of nature reigns, as states have descended into an “every country for itself” desperation, unmoored from the rules of orderly global citizenship. It may also be unrealistic given the AU’s current capacity.

The structure of patronage states has tended to be anti-intellectual; they tend to outsource crisis response to an army of experts from bilateral and multilateral sources. With those experts sheltering-in-place in their home countries, the role they ordinarily perform…is largely unfilled.

However, in these extraordinary times, there can be no excuse for complacency. The AU must lead, perhaps by working closely with the African Development Bank. It must lead because there is no one to follow. People will remember which institutions were useful and which ones were not during this crisis. Organisations that fail to innovate and choose not to lead will travel the swift path to irrelevance and find themselves on the margins.

A deliberative, citizen-inclusive process would not just be good public relations, it would strengthen the legitimacy of the AU, complement the stewardship of African governments, and hopefully contribute to shielding African citizens from the worst effects of the pandemic.