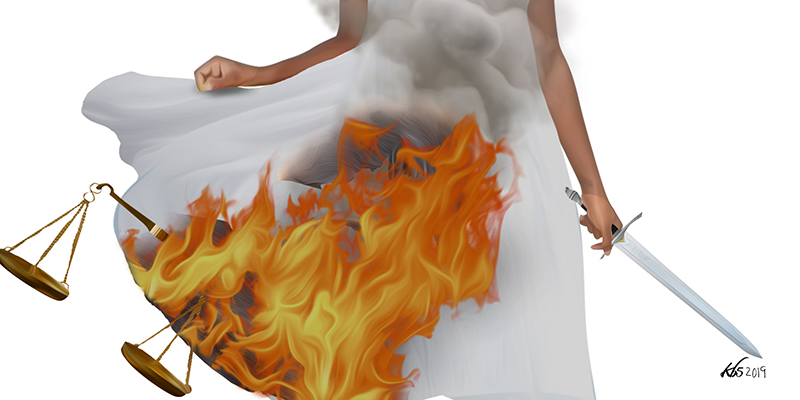 In his column in the Sunday Nation of May 31 2020, Professor Makau Mutua argued that there was need for a constitutional amendment targeting the Judicial Service Commission (JSC). Although details about his proposed reforms were scant, he did articulate three core changes on structure, membership and mandate.

On structure, he proposed splitting the JSC in two: an independent body for interviewing judicial candidates and hearing petitions against judges and, a commission chaired by the Chief Justice that would exclusively deal with the judiciary’s administration matters.

On membership, Mutua seemed to prefer dismantling the current membership of the JSC and adopting a model more akin to how other commissions — such as the Kenya National Commission on Human Rights — are constituted. The effect of such a model would be to ensure that institutions with ring-fenced membership in the JSC — the Law Society of Kenya, the Magistrates, Judges of the three Superior Courts and the Public Service Commission — would have no representation in the body. The model would likely then require the President to appoint a recruitment panel for commissioners and then both he and parliament would have the final word on who become JSC commissioners.

On mandate, Mutua argues for reducing the role of the JSC and limiting it to “only interviewing judicial candidates and hearing petitions against judges”. His choice of words is critical, because interviewing judicial candidates is not the same thing as deciding which persons should be appointed judges. The most extreme of Mutua’s recommendations is on the removal of judges, which he proposes be ceded to parliament.

There are many reasons why Mutua’s suggestions are highly regressive and unhelpful. However, before I outline some of those reasons, it is critical to explain what the constitution currently provides in respect of the JSC.

The Constitution and the JSC

The JSC is one of the independent commissions established by the constitution. It has eleven members with its composition constituted through a mixed approach. The first category are permanent positions comprising persons occupying the positions of Chief Justice and Attorney General. The second category are elective positions with the first three being for the judges of the Supreme Court, the Court of Appeal and the High Court. There are three other elective positions, one for Magistrates and the other two for a female and male advocate who are members of the Law Society of Kenya. Position to the third category are appointive, with appointment to the first position being made by the Public Service Commission. The constitution describes the remaining two appointive positions as “one woman and one man to represent the public, not being lawyers, appointed by the President with the approval of National Assembly”.

The JSC’s overarching role is to facilitate the independence, accountability as well as transparency and efficiency of the judiciary. One of its core tasks is nominating and recommending to the President, following a competitive and open process, persons for appointment as judges. Additionally, it is responsible for considering complaints against judges and notifying the President when to form a tribunal to determine whether a judge should be removed from office.

Of course, both Mwai Kibaki and Uhuru Kenyatta have shown their frustration with the constitutional edict removing from them the power to decide or directly influence the appointment of judges. This was apparent from the first appointments under the 2010 Constitution when Mwai Kibaki rushed to appoint a now retired Judge of the Court of Appeal as Chief Justice without the involvement of the JSC. The courts were quick to assert their authority, suspending Kibaki’s decision and the JSC eventually conducting a competitive process that saw Dr Willy Mutunga appointed Chief Justice. Ironically, Mutunga was perhaps the last person Kibaki had in mind for the position of CJ because, even though Kibaki’s autocratic tendencies now pale in comparison to Uhuru Kenyatta’s, still he seemed to prefer more pliant judges.

Nevertheless, while Kibaki was gracious after the courts blocked his choice, Uhuru has been contumaciously obstinate about seeking to influence the appointment of judges. It started in 2014 when he refused to appoint 14 Judges nominated by the JSC. The courts eventually forced him to make the appointments. Yet, since July 2019 he has refused to appoint 41 new Judges nominated by the JSC despite being ordered to do so by the courts. His court filings on the case show that he believes he can haggle over who he does not want to see appointed judge.

Ring-fencing the independence of the judiciary

The constitutional framework establishing the JSC is perhaps one of the constitution’s strongest tools to guarantee the independence of the judiciary by ensuring that (legally) political actors have little leeway to influence who becomes a judge. Yet, there are many other constitutional provisions that jealously guard the independence of the judiciary. This ring-fencing was not a chance constitutional design occurrence. It was reflectively deliberate. Historically, as Mutua rightly indicated, the propensity of Kenya’s political elite to demand control of the judiciary has been insatiable. Yet, in his wisdom, Mutua asks that parliament be given the mandate to remove judges. If this had been the case, nearly all our leading judges who have displayed exceptional courage in defending the rule of law would be long gone even where the threshold for removal was a vote by two-thirds of parliament. It would be an exceptionally gleeful removal ceremony as punishment for those judges who have displayed inestimable consistency in defending the rule of law and calculated to create a chilling effect on those still in the judiciary.

There is another and more fundamental reason.

The 2010 Constitution created a constitutional democracy. The cardinal feature of a constitutional democracy is the rule of law. Rule of law is a very basic concept which simply means that no person or institution should operate above or outside the law. That includes the President and his relatives. The sacrosanct task of checking that everyone operates within the law is assigned to the judiciary. A constitutional design that ensured that the institution entrusted to call out those who violate the law is to the extent possible devoid of interference was key. The solution was a professional yet diverse institution – the JSC – where no one voice had an eclipsing effect. Importantly, the designers of the Constitution made sure that legally the political class – the President and Members of Parliament – had a minimal, perhaps nearly inconsequential, role in deciding the composition of the judiciary.

Mutua anecdotally samples how judges are appointed in different jurisdictions starting from – yes, you guessed right – the United States. He then mentions India and South Africa while providing scant details about the relevance of these countries.

The most recent detailed study on best practice to guarantee judicial independence through appointments, tenure and removal of judges is by the Commonwealth in 2015. The study builds on and complements the Latimer House Principles, a set of guiding principles promulgated by the Commonwealth Heads of State in Abuja in 2003 for the best ways to ensure a true separation of powers between the three arms of government: the judiciary, legislature and executive. While that study does not rate the legal norms of individual commonwealth countries for their effectiveness in guaranteeing judicial independence, it distils a set of principles for best practice. Kenya’s legal framework, under the 2010 Constitution, would rate relatively highly measured against those criteria.

In ordinary times, Mutua’s proposals would not elicit a response. However, they are made during a season of heightened and choreographed demands by those who control the executive and parliament, to effect amendments that would neuter the independence of the judiciary. His proposals might just be part of the “intellectual” primer that the Building Bridges Initiative is desperately clamouring for to sanitise its upcoming proposals for constitutional change.

I hope you’ve been well.  I’ve read with interest your response piece in the Elephant.  It’s challenging and engaging.  Several points.

First, you essentialize democracy without realizing it’s a system of governing people based on the stilts and fictions of liberalism.  Those fictions and stilts are very fragile.  That’s why democracy is an experiment whose outcome is unknown.  That’s why there’s nothing like a “modern” democracy.  Every country has a dynamic and evolving political system within the genre of political thought and history known as democracy.  What would interest me are thoughts about a post-modern post-liberal democracy.

Second, all systems and institutions rely on community ethics and standards of internalized norms and behavior.  You can’t abstract Kenya’s institutions from its corrupt elites in the judiciary, executive, and legislature — and even civil society.  It’s a rotten country, and you know it.  The three arms of the state are all equally corrupt.  They work together to steal and destroy.  That’s why it’s fallacious to imagine the JSC or the judiciary is above the muck.

Third, law is important but not determinative of anything.  Virtually all a society’s choices lie in politics — even law.  If your politics are bad — as we’ve seen in the US, and has been the case since its founding, then your laws are bad.

Fourth, you can’t carve out a sane lane in the judiciary without capturing state power and then leading a moral, normative, and cultural revolution.  Anything else is just elite and bourgeois musical chairs.  Lastly, the founders of the American state weren’t slave owners — rather, they repressed ENSLAVED Africans.  No one can normatively be a slave, but people can be empirically enslaved — I’ve written a chapter on this for a forthcoming book that Caroline Elkins has edited.

On the enslavement question, I just want to add that one human being can treat another as chattel, or commercial property — as Arab, Europeans, and White Americans did to black Africans.  But this empirical transactional concept cannot normatively vacate the humanity of the person treated as chattel.  In other words, one human being cannot be normatively owned by another.  That’s why the term slave is a political assertion without a philosophical basis.  It’s normalized by those who dehumanize black Africans in a bid to turn enslavement into a natural condition.

Finally, let me thank you for keeping the debate I started vibrant.  We can disagree, even in civil society without ulterior motives, or being pawns.  The tyranny of the intellect which requires orthodoxy or unanimity is by definition anti-intellectual.  Let’s continue the debate and engage it in a higher gear when we meet post-COVID!