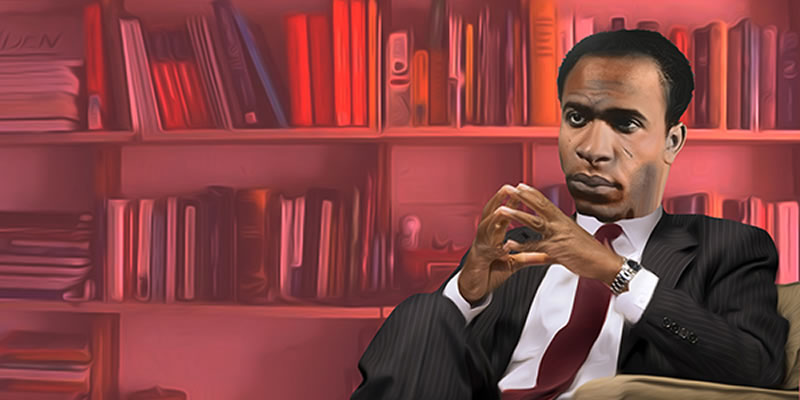 In no way is it up to me to prepare for the world coming after me,” Frantz Fanon writes in his classic first book, Black Skin, White Masks (1952). “I am resolutely a man of my time.” Yet, over sixty years later, the presence and influence of Fanon appears to be everywhere, from student movements in South Africa to racial violence in Ferguson, Missouri, and other parts of the United States.

Fanon’s interrogation of racial attitudes—white and black alike—and his commitment to the Algerian independence struggle—a country not his by birth—continue to offer lessons for our political present. His arguments speak to the persistent problem of racism, but, more significantly, the importance of activism beyond our own, often self-imposed, limits. I want to stress this last point in particular. Fanon remains vital not only for his bracing anti-racism and anti-colonialism, but equally for the less-recognized, empathetic politics of solidarity he cultivated and exemplified.

Born on the island of Martinique in the French Antilles, Fanon died from cancer at the age of thirty-six in 1961. Despite its brevity, Fanon lived a full and complex life, studying under the famed Negritude poet Aimé Césaire, serving in the French resistance during the Second World War, earning a medical degree at the University of Lyon, and circulating with esteemed intellectuals such as Jean-Paul Sartre and Simone de Beauvoir. He completed three books, most famously The Wretched of the Earth (1961), which detailed his argument for anti-colonial revolution based on his experiences serving the Algerian National Liberation Front (FLN) during its long struggle against French rule. Published just days before his death, The Wretched of the Earth established Fanon’s reputation.

But Fanon has remained a polarizing figure for many precisely because of his advocacy for armed struggle. His rationalization of anti-colonial violence has served as a source of inspiration and condemnation both, with Hannah Arendt, among other critics, remarking on the “rhetorical excesses” and “irresponsible grandiose statements” of Fanon and his supporters like Sartre, who wrote the preface to The Wretched of the Earth.

Violence has consequently been a troublesome topic for Fanon’s admirers—an issue intrinsic to his politics, yet one often handled carefully. Many have correctly pointed out that Fanon defined violence in a specific sense, as a distinct response to the sheer violence of French colonialism. Anti-colonial violence was, in a Sartrean manner of speaking, an anti-violence violence. The colonized of Algeria were faced with a decisive choice: either accept continued dehumanization by a colonial power or fight for their dignity.

But this focus on violence also obscures Fanon’s other contributions. Indeed, his critics often overlook his practice as a psychiatrist in Algeria and Tunisia and his deliberate inclusion in The Wretched of the Earth’s penultimate chapter of medical cases regarding the physical and psychological trauma of total war. Fanon was all too aware of the costs borne by both Algerians and the French, combatants and civilians, women and men, and adults and children, as his diverse set of patients attested.

This recognition of a shared dehumanization is first explored in Black Skin, White Masks. Less appreciated when it first appeared, this book has arguably surpassed its famed successor. As examined by Lewis Gordon, Ato Sekyi-Otu, and Reiland Rabaka, Black Skin, White Masks is primarily concerned with the limits of French citizenship—the fact of blackness in the face of French nonracial claims to the contrary. Though citizenship had been granted to all Martinicans, regardless of race, following the abolition of slavery in the nineteenth century, Fanon understood, similar to his African-American contemporaries like Richard Wright, that equality was not possible due to his “epidermal” condition.

It is on this point—the juridical promise, yet social limits, of citizenship—that continuities can be drawn between Fanon’s world of the 1950s and our world today. Indeed, the problem of race cut both ways for Fanon. Similar to the mutual dehumanization that resulted from colonialism, Fanon emphasized the mutual dehumanization that resulted from racism. “The black man is not. No more than the white man,” he declared, underscoring the illusory, damning qualities of race, whether as a source of imposed inferiority or feigned superiority.

Black Skin, White Masks is undoubtedly a complex work—his most psychiatric by far—and he does not call for decolonization in the direct manner of his final book. It marks an internal civic critique of France, in a manner akin to Wright and his fellow expatriate James Baldwin toward the United States. Fanon, though fully aware of systemic racism, believed in classic psychiatric fashion that change should begin at the individual level—a point later embraced by Steve Biko, also a former medical student before founding the Black Consciousness Movement during the late 1960s.

Yet Fanon would move beyond this early position as reflected in his personal movements from France, where he studied medicine; to Algeria, where he worked as a psychiatrist; and, finally, to Tunisia, where he spent the rest of his life, except for a brief stay in Accra. By the time of his death, he believed that revolution, at the societal level, was the ultimate solution to the ills introduced by colonialism. But to conclude that Fanon thought violence alone would bring change is both a misreading of his writings on violence, as well as a reductive take on his personal politics.

A less addressed, if conspicuous, aspect of his political life is how Fanon identified with a cause beyond his own background. He was not Algerian, nor an Arab, nor a Muslim by birth. Indeed, he was middle class, received an elite education, and was a French citizen, as cited. Fanon was not of the wretched of the earth. Yet he developed a deep sense of solidarity with the Algerian struggle, based on a mutual history of racial discrimination and colonial chauvinism. An outcome of his contingent internationalism, this radical empathy not only had practical effects on his life direction. This solidarity also forcefully disrupted a politics of difference—by race, nation, culture, and class—established by colonialism. This form of empathetic politics that was grounded in his medical work, informed by his readings in philosophy, and expressed in his political journalism and diplomacy for the FLN actively undermined a colonial order that sought to divide and circumscribe the free will of colonial subjects. Radical empathy thus provided a subterfuge for problems of difference and inferiority introduced by colonialism, beyond the tactics of armed struggle alone.

Fanon did not use the expression “radical empathy.” Though this ethic implicitly emerges in his later writing, its most meaningful expression appears in “actional” (to use a word of his), rather than written, ways. Indeed, philosophy, African and otherwise, too often privileges the written text. Yet this unspoken practice supplied a foundation for Fanon’s understanding of a “new humanism”—a recurring expression in his work that pointed to a world without social distinctions, whether on the basis of race, class, culture, or nation.

In this sense, Fanon’s project remains unfinished—and still relevant today. While some may dismiss such politics as utopian and, thus, too impractical, such criticism neglects the price of non-action, as well as the acute severity of political alternatives—whether violence in its oppositional or institutionalized forms. From Ferguson to South Africa, we can see the continued effects of political indecision, how tragic events that initially appear isolated and contingent can form part of a pattern, become part of a dehumanizing routine. Transcending differences by empathizing with one another—not simply embracing pre-given solidarities of soil or descent, which are often deeply colonial in their inception—provides a different option. Among many principles, perhaps this is Fanon’s most enduring lesson.

This post is from a new partnership between the African website Africa Is a Country and The Elephant. We will be publishing a series of posts from their site every week.