Trapped! The Plight of Domestic Workers in Lebanon

By Paul Fargues and Aline Deschamps 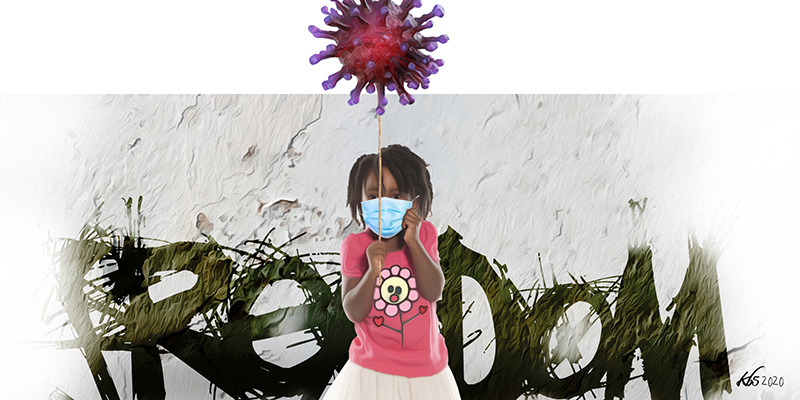 In a one-bedroom apartment in Beirut’s southern neighbourhood of Kola, fifteen women from Sierra Leone are confined day and night. After losing their jobs, or escaping abusive households, their only source of food and shelter is the local Sierra Leonean charity that rents the apartment. Social distancing, imposed amidst the current lockdown, is a privilege they cannot afford. At night, in this 15-square-metre room, they all sleep together on covers surrounded by suitcases. Some dream of returning home, while others wait for the lockdown’s end, hoping they will find work that will enable them to send money to their families again.

Mariam, a 26-year-old Sierra Leonean living at the shelter, arrived in Lebanon in July 2019, with the highest hopes built on the heaviest lies. (Miriam’s name and other names have been changed in this article to protect the women’s identities.) This mother of two from Nakin, in Sierra Leone’s Northern Province, used to be a teacher until she crossed paths with a local recruiting agency. It advised her to travel to Lebanon to become a domestic worker, promising she would double her salary and be able to support her family. It was an offer she could not refuse, though she could not afford the agent’s service fee. Mariam and her family decided to contract a loan in order to pay the $2000 fee, her ticket to a seemingly better future. 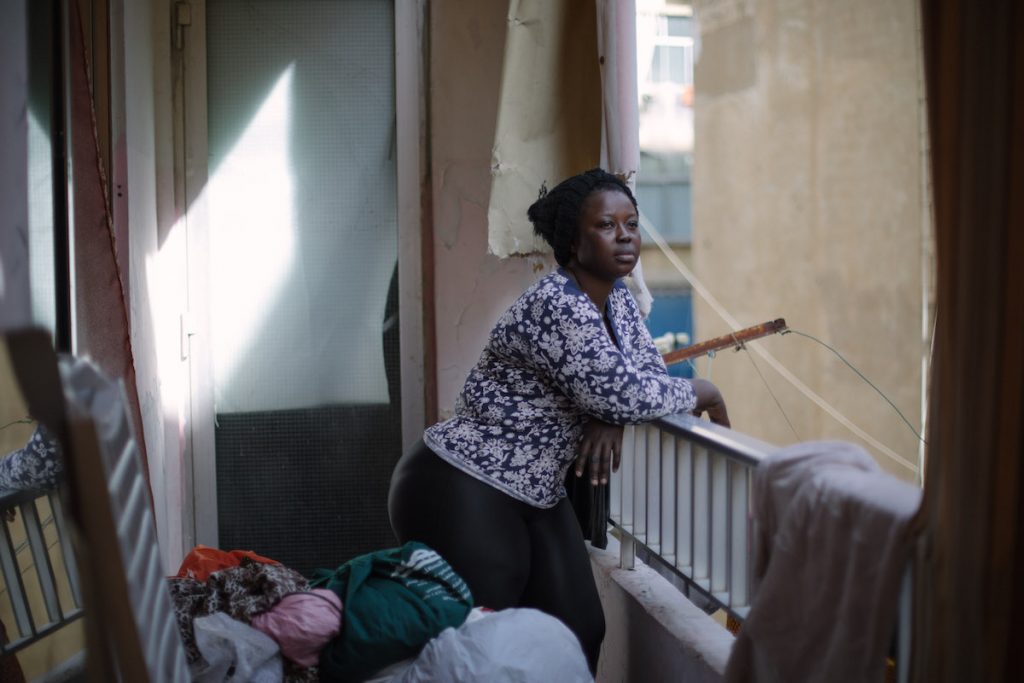 Nine months after her arrival, amidst Lebanon’s most severe economic crisis in decades, Mariam had still not been paid by her employer. After complaining to her agency, she was locked up in the bathroom for days, and beaten, or “flogged”, as she says. She decided to run away to save her life. Mariam roamed the streets of Beirut with only $1 in her pocket, until she was brought to the shelter, thanks to her friends from Sierra Leone. Fears of a COVID-19 epidemic were growing, doors were shutting and borders closing. “This is not a nightmare, this is a deadmare,” Mariam recalls saying to herself.

Mariam’s story is not uncommon. An estimated 250,000 domestic workers from a host of African and Southeast Asian countries reside in Lebanon. They are subject to the kafala system, a sponsorship structure that legally binds foreign workers to their local employers and which, according to Amnesty International, “increases their risk of suffering labour exploitation, forced labour and trafficking, and leaves them with little prospect of obtaining redress”. Most domestic workers earned monthly wages of between $150 and $300 before the country was hit by an economic recession in October 2019, and then by the COVID-19 pandemic in March. 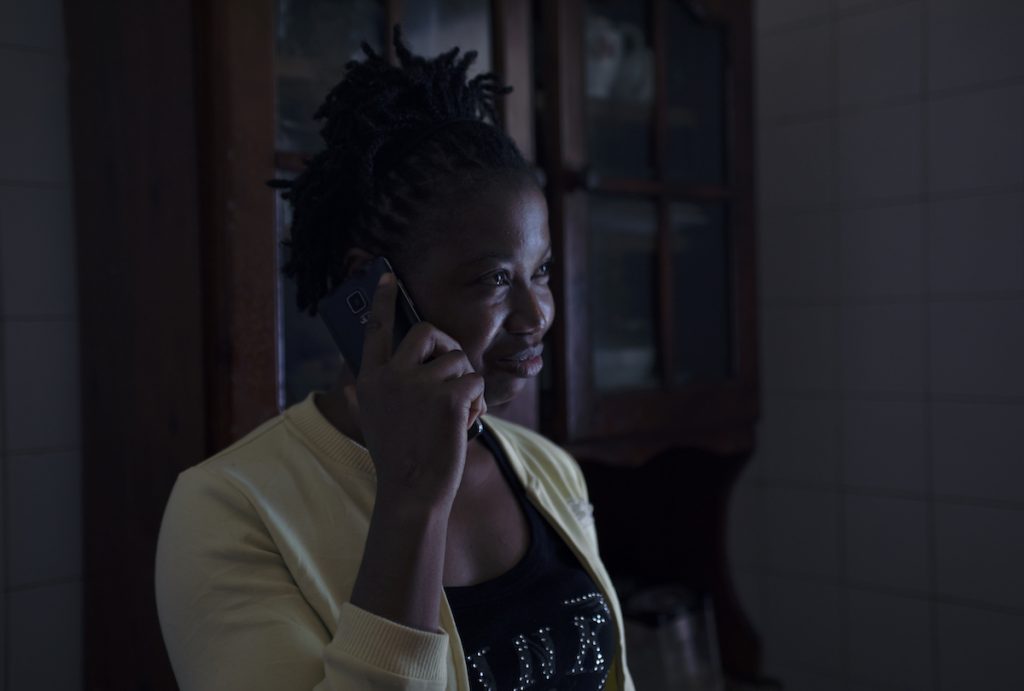 On March 15, the Lebanese government announced a lockdown to prevent COVID-19’s spread. Like elsewhere around the world, all non-essential businesses were shut and families were summoned to stay home. For the country’s most vulnerable population, whose sources of income were already compromised by the ongoing economic crisis, this was another nail in the coffin.

An estimated 250,000 domestic workers from a host of African and Southeast Asian countries reside in Lebanon. They are subject to the kafala system, a sponsorship structure that legally binds foreign workers to their local employers…

For the women who found refuge at the Sierra Leone Committee’s shelter, things were even grimmer. Baylor Jalloh, the vice president of the Committee, explains: “During the economic crisis all the women here were working without getting paid, pushing some of them to escape their households. Now they are being thrown outside of [their] homes.” 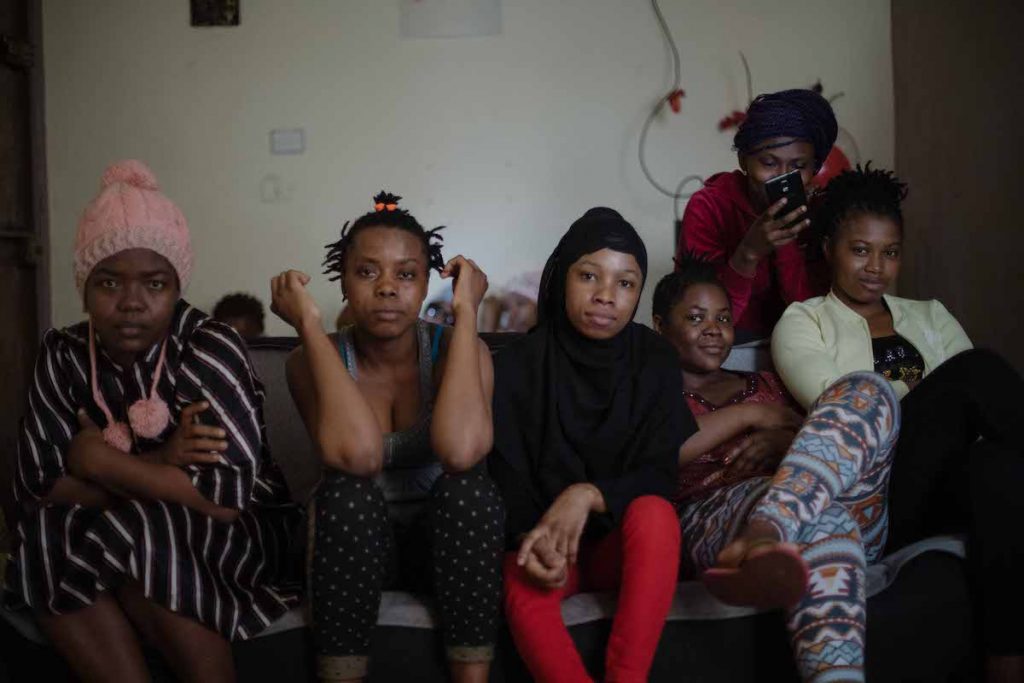 Domestic workers rescued by the Sierra Leone Committee. They see themselves as a sisterhood. Photo. Aline Deschamps

Out of the 75 women currently hosted by the Sierra Leone Committee’s shelters, 20 were laid off during the COVID-19 crisis. Now they have no other choice except to roam the streets in search of money and food, risking exposure.

The lockdown has also made it almost impossible for homeless domestic workers to find food assistance or refuge. Mosques and churches, which sometimes used to provide food, have shut their doors. Humanitarian organisations and local NGOs have had to put some programmes on hold, and are now sounding the alarm. Madeleine Maxwell Hart, the project coordinator at Amel Association International, warns: “Shelters are in full capacity now.”

The lockdown has also made it almost impossible for homeless domestic workers to find food assistance or refuge. Mosques and churches, which sometimes used to provide food, have shut their doors.

As of April 28, Lebanon has 717 confirmed COVID-19 cases and 24 deaths. Many of the women at the shelter refuse to go out. Fear is omnipresent among them, especially because they do not feel they can access healthcare. “Of course we are so afraid of the virus. In Sierra Leone we already have one experience: corona is the sister of Ebola,” says Mariam, remembering the epidemic which killed thousands in Sierra Leone between 2014 and 2015. “We don’t have anything to protect ourselves against the corona. We just use our traditional medicine: the moringa leaves.” 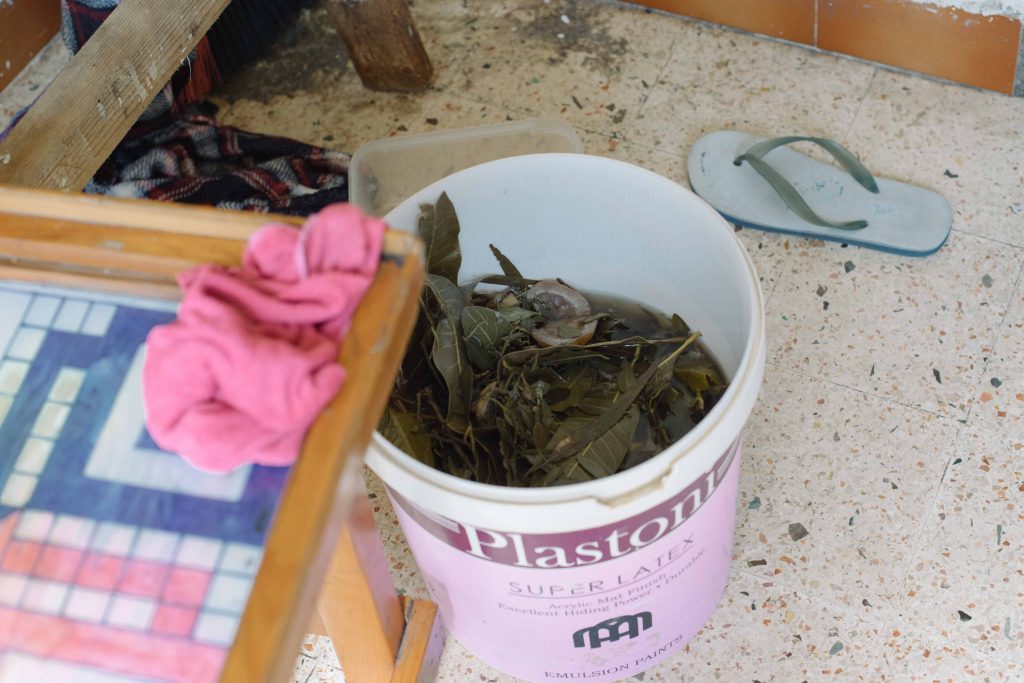 Imane El Hayek, a case worker at the Lebanese NGO Migrant Community Centre, explains why many might feel they cannot count on the healthcare system: “Though domestic workers can get tested for free […] many undocumented workers may be more reluctant to try to seek medical help or testing because they are scared they may be arrested on the way,” she says.
Hart adds, “As far as we know we have not heard of anyone without a residency being targeted when they went testing, but you do need a copy of your ID. And many domestic workers don’t have it because it has often been confiscated when they arrived in Lebanon. And they don’t have a copy in most cases. This is a big challenge.”

El Hayek stresses that “migrants are also more vulnerable to the coronavirus in this situation, mostly because of their living conditions in more crowded places. They do not have the luxury to self-isolate. They do not have private transportation, so they are more likely to use public transport. (…) Most of them have limited access to clean water, gloves, masks, and anything that is recommended for self-protection.” 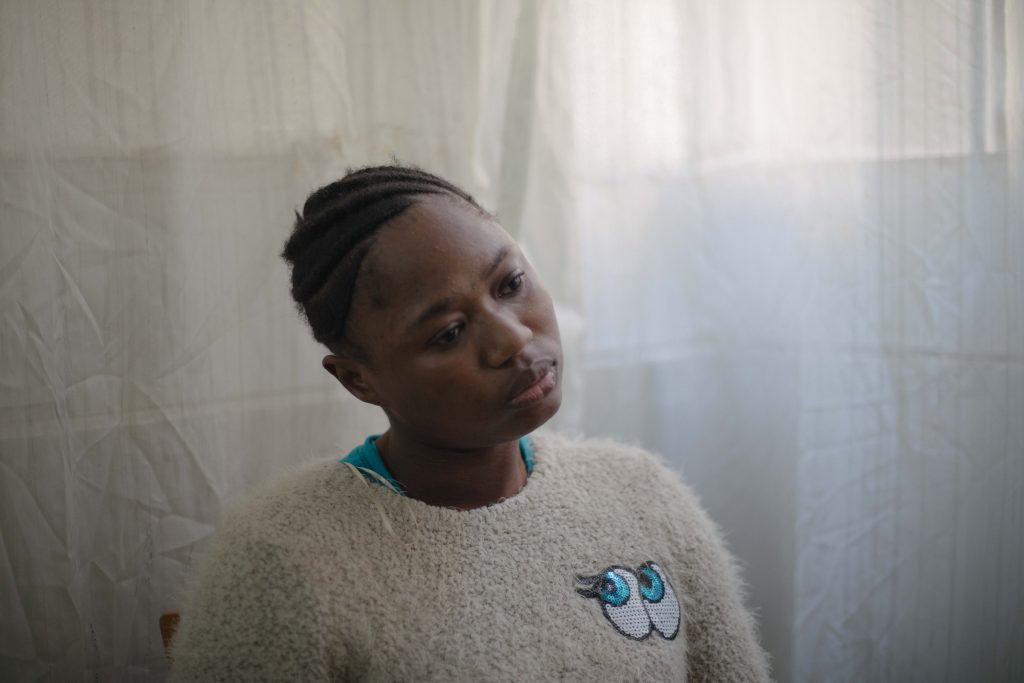 When getting help from the outside becomes hopeless, some members of the community take matters into their own hands, in solidarity with those most in need. “When I saw my sisters’ problems, I forgot about my own,” says Jalloh, who also recently lost his job as a tailor. Over the last two months, his network and efforts have helped the committee save 20 women from homelessness and hunger.

Despite being essential for homeless and penniless migrants, such relief initiatives are hanging by a thread. Indeed, they rely on the goodwill of a few individuals who are also impacted by the lockdown. The committee’s president, Mousa Sasour, used to set aside a part of his salary for the committee. Today he has no income and struggles to find enough money to sustain the 75 women that the committee supports. Apart from contributions by its members, the Committee can only count on private donations.

When asked where her hopes reside, Tenneh, 23, responds: “After God there is only the Committee. Besides that, there is nothing.”

Mariam and her flatmates have managed to gather some money to pay for an internet connection. “We speak to our families everyday, this is the only thing that makes us happy here,” they say.

Facing the situation with other women from Sierra Leone also helps. “We do everything together, we cook together, we sleep together. Everything we do is in unity,” declares Mariam as the women around her nod their heads in agreement. 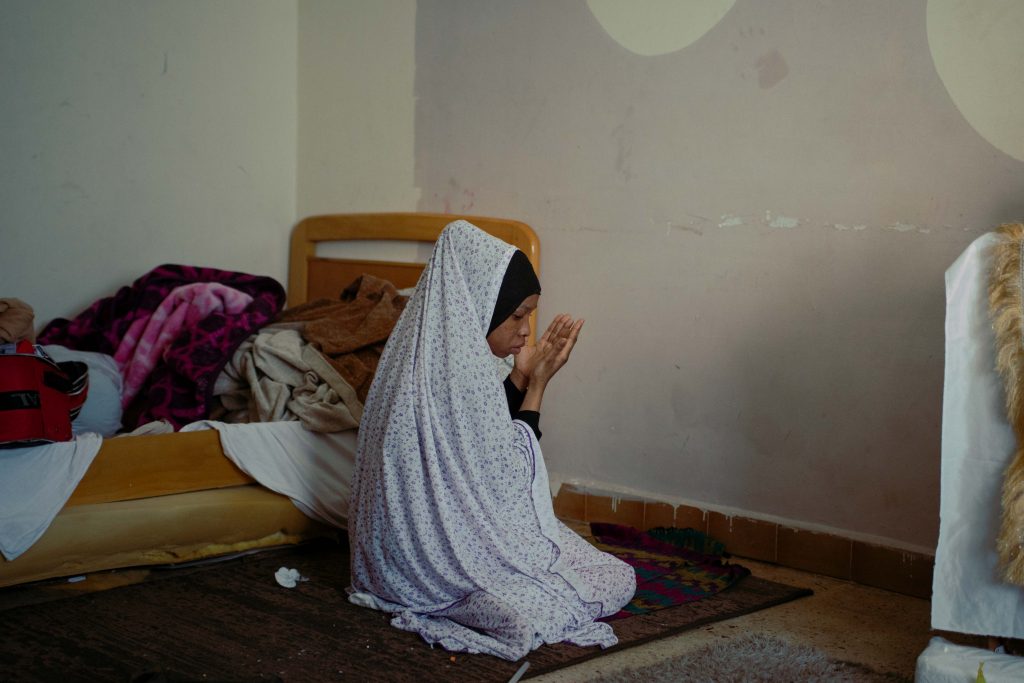 For these women, all between 20 and 30 years old, the future looks grim. Sending remittances back home was the only reason they left their country. Now, some of the women’s parents are sending money for their daughters’ survival.

“They are selling their lands to pay for our bills,” says Mariam in disbelief.

This situation is bound to become unsustainable as the COVID-19 pandemic spreads in Africa, forcing countries like Sierra Leone into lockdown. A few women already reported that their close ones have lost their jobs.

For these women, all between 20 and 30 years old, the future looks grim. Sending remittances back home was the only reason they left their country. Now, some of the women’s parents are sending money for their daughters’ survival.

When asked about the future, the women sigh and raise their eyes to the sky. Will the sanitary and economic conditions allow them to find jobs again once the lockdown ends? If not, what will happen when neither community relief initiatives nor families are able to provide food and shelter?

“If I did not have this Committee, I would have to prostitute. How else could I eat?” fears Tenneh.

Some days, Tenneh and the women cook traditional food to comfort themselves and remember home. They even managed to find cassava leaf, a Sierra Leonean favourite, from which they make a spicy sauce to eat with rice. This leaves them with a glimpse of a smile on their faces.

This post is from a new partnership between The Elephant and Africa Is a Country. We will be publishing a series of posts from their site every week