How to do the lifestyle audits 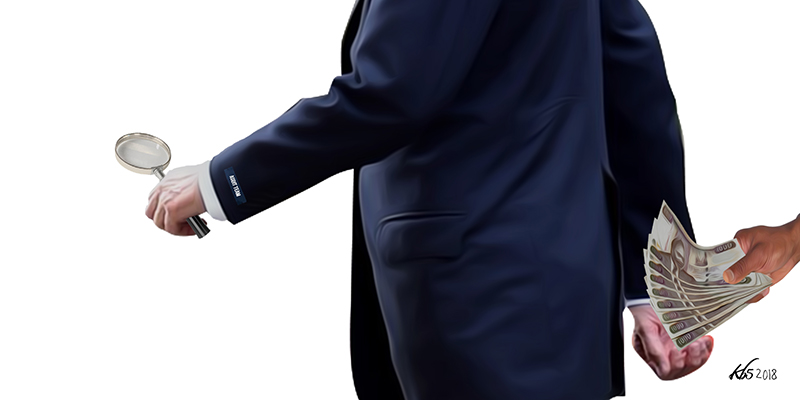 Lifestyle audits of state/public officers is a great idea. Our political elites are never short of great ideas. For every great idea they generate, we must always ask the attendant question, namely, is there political will and commitment to implement the idea or is the idea yet another example of political distraction from what ails our nation?

In a public statement in May this year President Kenyatta told the nation there would carry out a lifestyle audit that would begin with him followed by the Deputy President. Who would oppose such a great idea? I do not recall anybody who did.

Githongo had to flee into exile in the UK because of his investigations into the Ango-Leasing series of scams. The rest as we say, is history as captured in the book, It’s Our Turn to Eat by Michela Wrong.

Lifestyle audits in Kenya can tell us who in the public service has eaten what, who continues to eat, who is likely to eat and what they like eating.

The audits, too, are about how as citizens we will stop the elite from chopping/eating our resources, about ending corruption by state/public officers and about the implementation of the vision of the Constitution as regards the integrity of such officers.

There are three specific statutes enacted by Parliament to implement the vision of the Constitution on integrity and leadership in Kenya. They are the Leadership and Integrity Act 2012 (for effective implementation of Chapter 6 of the Constitution); the Public Officer and Ethics Act, 2003; and Public Service (Values and Principles) Act, 2015.

Section 30 of the Act clearly subverts Chapter 6 and Articles 10 and 35 of the Constitution. It provides that while the declarations are filed and sealed, an application to access the declarations can be made to the Ethics and Anti-Corruption Commission (EACC) by anyone who shows a “legitimate interest and good cause in furtherance of the objectives of the Act.” In the event EACC decides to concede to the application it would afford the “affected party” an opportunity to make presentations on the application.

The Act provides for criminal sanctions if the information is republished without the permission of EACC. The Act cannot subvert the constitutional values of transparency, integrity, and accountability of the state/public officers about their assets and liabilities under the Constitution. Indeed, it has always been my argument that individual state/public officers can make such information public before applications are made for such information under Article 35 of the Constitution.

The objective of the Constitution and the statutes was to make state officers transparent and accountable to the Kenyan public with regard to their assets and liabilities. Undeniably, the mischief to be cured was dramatically revealed in the Nairobi gubernatorial debates last year. Miguna Miguna posed questions on how his fellow opponents had acquired their wealth. He alleged that his opponents had not been captains of industry but had accumulated their wealth through employment by public and private corporations, and through robust corruption. The opponents denied these allegations. A forensic lifestyle audit could have settled the issue.

Lifestyle audits are also about conspicuous consumption reflected in expenditures of expensive capitalist toys, travel, residential housing, skyscrapers, charity and philanthropy, investing abroad, food and booze, and day to day expenses incurred in carrying out a particular lifestyle. The audit seeks to find out where the money to sustain such lifestyles comes from. If it is found that it comes from raiding and stealing of public resources, that is, is blatant corruption then the public officer is criminally liable.

Undeniably, the mischief to be cured was dramatically revealed in the Nairobi gubernatorial debates last year. Miguna Miguna posed questions on how his fellow opponents had acquired their wealth. He alleged that his opponents had not been captains of industry but had accumulated their wealth through employment by public and private corporations, and through robust corruption. The opponents denied these allegations. A forensic lifestyle audit could have settled the issue.

One critical value in the Constitution and the statutes enumerated here is the participation of the people. Lifestyle audits cannot be credible, transparent, and accountable without vigorous participation from the public.

Conducting lifestyle audits for the President and the Deputy President will be a project that will perhaps be a first in Africa, and among only a very few in the world. However, it is the manner in which it will be conducted that will put Kenya on a democratic trajectory of accountability and transparency in our politics.

The methodology of doing this is not rocket science. It should be fairly simple. I offer a skeleton framework of the process of the lifestyle audit for public debate and for putting meat into the framework (pun fully intended!). This framework is based in the provisions of the Constitution and those of the attendant statutes.

We start with deciding who will carry out the audits and the appointing authority. We have state offices that can do this work headed by the office of the Auditor-General. Other offices would include Kenya Revenue Authority (KRA), the Office of the Deputy Public Prosecutor (ODPP), the Ethics and Anti-Corruption Commission (EACC), the Controller of Budgets, among several others. To ensure public participation in the exercise, both civil society and corporate sectors should also be represented.

Since we rarely trust our national institutions, we will need to bring in foreign audit firms, foreign IT firms etc. I am sure the international community would have no problems footing the bill for this important foreign oversight. The time frame for this audit should be as short and as soon as possible.

The appointing authorities should properly be the other two arms of government that are not involved at this stage, namely, Parliament and the Judiciary. The Speakers of Parliament and the Chief Justice could appoint a team within the constitutional value of participation of the people. Both arms could call for nominations from corporate, civil society, and international participants, conduct the appropriate vetting and make the appointments. The Chief Justice would swear-in the team. The work of the team will also involve participation of the people. The media could be asked to cover the work of the team live.

Since we rarely trust our national institutions, we will need to bring in foreign audit firms, foreign IT firms etc. I am sure the international community would have no problems footing the bill for this important foreign oversight.

Courts have clarified what constitutes public participation under the constitution. The Chief Justice is familiar with these constitutional guidelines and can make sure they are complied with.

Making public the declarations of wealth of the President and the Deputy President will usher in robust public participation. There will definitely be public debates about the declarations and their respective veracity. The audit team will, of course, conduct a forensic lifestyle audit and address the issue of the veracity and integrity of these declarations.

There will be consequences arising from this exercise. If taxes have not been paid, KRA can demand them. Indeed, the respective state officers can invoke their mandates and legally act within them once the audit is over.

The results of the audit must be made public and allow robust participation of the people. Such participation is to test the political will and commitment of the exercise. Any gaps found in the process by this public participation should be referred to the auditing team so that it can seek answers from the President and his Deputy.

If the process is successfully completed it would put to rest the critique that the lifestyle audit is about political witch hunts and intra-elite struggles about who becomes President of the Republic in 2022. The process will not be seen as yet another of the political distractions by our elites. It would breathe life into the constitutional provisions on integrity of our political leaders and state officers.

A new culture of transparency and accountability will start to grow and will be nurtured. Kenya would be the pride of Africa (pun not intended) and the rest of the world. Our political leadership and state officers will thereafter occupy the pride of place currently occupied by the ordinary people of Kenya, our athletes, the Kenya Sevens, our heroines and heroes.

Let the debate on this issue continue. What we must not do is to let the President and the Deputy President off the hook. We must seize upon this opportunity to test their respective fidelity to the Constitution, Oaths of Office and the promise of democracy to the people of Kenya.

Research by Juliet A. Attelah