Not Your Negro: Kanye West’s Distorted View of Race in America 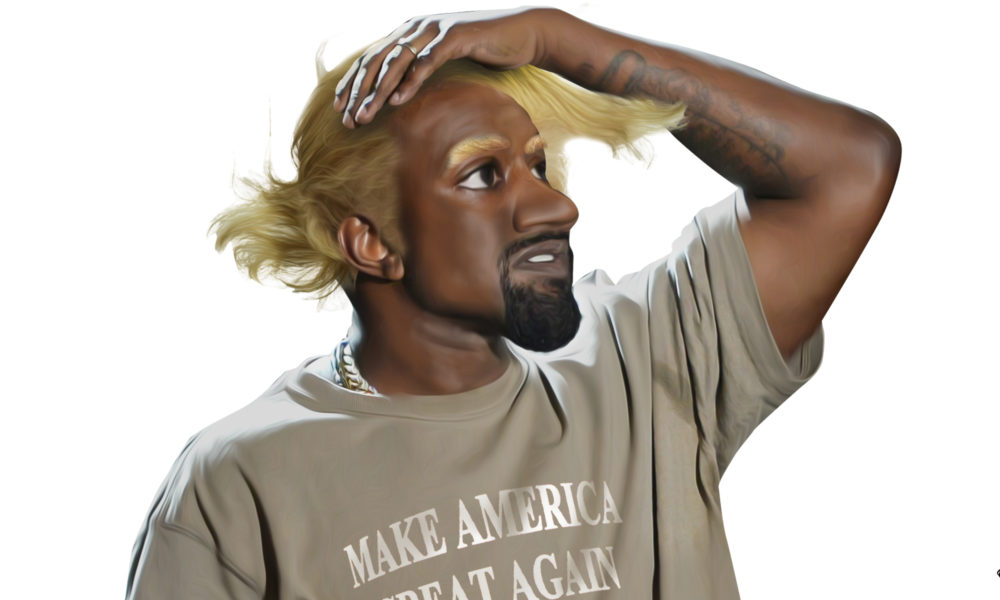 I normally would not pay much attention to what Kanye West and his exhibitionist wife Kim Kardashian – whose obsession with her own body has reversed the gains of the women’s movement by several decades and whose ridiculous reality TV show has contributed significantly to dumbing down its viewers – but the American rapper’s ill-informed statement on slavery cannot go unchallenged.

During an interview recently, West is quoted saying: “You hear about slavery for 400 years. For 400 years? That sounds like a choice.” When he was criticised for making this comment, West (whose own ancestors were African slaves) responded by saying that what he really meant was that “for us to have stayed in that position even though the numbers were on our side means we were mentally enslaved”.

West’s observation may apply to former settler colonies in Africa, like Kenya, but cannot apply in the Americas, where slavery was not a mental condition but one that was physically and violently enforced. However, West could have been alluding to the Kenyan writer Ngugi wa Thiong’o (though I doubt it as the rapper does not appear to be much of a reader) who said that the liberation of African countries will not be complete until their people “decolonise their minds” – that is, when they stop aping their former colonisers and start respecting their own culture, languages and traditions.

Unfortunately, this has yet to happen in Ngugi’s birthplace, where all things British are still viewed as superior. A case in point is the Kenyan-owned Windsor Golf Hotel and Country Club (probably named after Windsor Castle) in Nairobi that was charging one million shillings (about $10,000) per couple for watching Prince Harry and Meghan Markle’s royal wedding on the hotel’s television set. This staggering price, which is within the reach of only a handful of people in the country, included a luxurious night at the hotel and a helicopter ride to Mount Kenya for breakfast the next day. (According to news reports, the event was fully booked on the day of the wedding.) Even though the wedding had a distinctly African-American flavour, complete with a Martin Luther-like pastor delivering the sermon and Oprah Winfrey in attendance, it was not lost on many that this was a distinctly British affair paid by British taxpayers. And notwithstanding the bride’s black ancestry, this marriage is not likely to improve race relations in Britain or America.

West’s observation may apply to former settler colonies in Africa, like Kenya, but cannot apply in the Americas, where slavery was not a mental condition but one that was physically and violently enforced. However, West could have been alluding to the Kenyan writer Ngugi wa Thiong’o who said that the liberation of African countries will not be complete until their people decolonise their minds.

Kenya’s mental colonisation also manifests itself in its foreign policy. While much of the world shunned the opening of the US embassy in Jerusalem last week, Kenya’s ambassador to Israel made it a point to attend the ceremony, along with a dozen or so other countries, most of which were failed or fragile African, Latin American and Eastern European states. (Meanwhile, Britain, which had a hand in creating the state of Israel, was noticeably absent.)

However, this former British colony’s display of self-loathing and self-colonisation nearly fifty-five years after independence is not comparable to the physical bondage that Africans experienced for centuries in America. Kanye West believes that slaves in America did not revolt for 400 years because they were mentally enslaved. Maybe he doesn’t know that those slaves who tried to revolt or to liberate themselves were met with lynchings, beatings, torture and later with segregation laws.

West should read Between the World and Me by Ta-Nehisi Coates, which poignantly explains why even after more than a century since slavery ended, black people in the United States are still under the threat of being humiliated, locked up, beaten or killed – both by the police and by ordinary people. (If West is not inclined to read a book, he can watch the documentary I Am Not Your Negro directed by Raoul Peck.)

The “Black Lives Matter” movement is happening in today’s America, not in Martin Luther King’s America or in 18th century plantation America. Today young black men are more likely to be stopped by police, searched, murdered or incarcerated than any other group in the United States. In his book, Coates wonders how a black man in America can live freely in his body when that body is under constant threat of being exterminated.

In an essay published in The Chronicle of Higher Education, George Yancy, a professor of philosophy at Emory University and the author of Backlash: What Happens When We Talk Honestly About Racism in America, wrote that he is often referred to as “a nigger professor” or “a nigger with a PhD”. He says that he received several racist and threatening messages after he wrote an op-ed in the New York Times that was in the form of a letter asking readers to accept the truth about what it means to be white in a society created just for white people. One woman even accused him of being a racist. The messages were so vitriolic that campus police were forced to monitor his office.

It is not just the die-hard racists who exhibit this sense of entitlement, or what is known as “white privilege” – the result of distorted history lessons – but so-called progressive or liberal whites as well. At a meeting that brought together human rights activists from around the world, one of the white women (Dutch or Danish, I can’t remember which) admitted to me that she was rather ashamed of the fact that despite having lived in South Africa for several years, she had not yet found a black boyfriend – as if to say that sleeping with a black man would lend more credibility to her activism credentials and define her as a non-racist.

Because I am prone to be rather blunt and tactless, I told her that she need not worry – some of the most racist white slave owners in America regularly slept with/raped their black female slaves, and that did not make them any less racist. (I didn’t tell her that I am married to a black African man and that I have rarely used this fact to gain points with my fellow Kenyans. Or that because most Kenyans are still mentally colonised, and value white skin more than black skin, a detail that often works to my disadvantage, partly also because my husband belongs to a politically and economically insignificant ethnic group.)

I then proceeded to remind the visibly stunned young woman that the sexualisation/fetishisation of the black body is part of the continuum of racism and that in the seaside Kenyan town where I live, European tourists seek out young black women and girls not because they want a relationship with them but because in a country like Kenya, it is easy and cheap to buy sex from impoverished women and girls. The silence that followed this conversation was palpable. I had clearly touched a nerve.

I was reminded then of what the writer James Baldwin had said about racism in America: “At the root of the American Negro problem is the necessity of the American white man to find a way of living with the Negro in order to be able to live with himself.” One of the ways white America lives with the fact that the United States’ wealth is built on the bodies of black slaves is by blaming the latter for their own fate – as Kanye West did. And the only way white people can live with black people is by dehumanising and emasculating them so that they will not be forced to engage with them on equal terms, and therefore, will not have to confront the immorality of their ancestors’ actions.

I then proceeded to remind the visibly stunned young woman that the sexualisation/fetishisation of the black body is part of the continuum of racism and that in the seaside Kenyan town where I live, European tourists seek out young black women and girls not because they want a relationship with them but because in a country like Kenya, it is easy and cheap to buy sex from impoverished women and girls.

This also involves not knowing or telling the truth about oneself, which leads to a schizophrenic existence. White Americans, as Baldwin put it, “are dimly, or vividly, aware that the history they have fed themselves is mainly a lie, but they do not know how to release themselves from it, and they suffer enormously from the resulting personal incoherence” – the kind of incoherence that led a young European woman living in South Africa to apologise for not having an African boyfriend. White liberals suffer most from this, as they cannot even hide behind their racism to avoid making contact with non-white people. It is a sad spectacle to watch. (Relax, I often tell them. And listen, I mean really listen, if you can. )

I will end on a personal note. I am not white, nor am I black. I am in that murky category of people who white people refer to as “people of colour” (who comprise the majority of the world’s people). I have experienced racism and sexism in various shades, but it is only in recent years that I have become more aware of what it means to not be white in this world, perhaps because I am now much more conscious of it, and maybe also because people like President Donald Trump have made racism more acceptable. I have always been aware of my race, having lived in a former colony in Africa where I stand out as a non-black minority. Juggling issues around race is part of the DNA of most people who have experienced racial segregation or European colonisation.

But I never thought that racism could manifest itself in the way it did a few years ago when I was leading a project whose team members were all white. Over the course of the project, the group became sullen and uncooperative to the point where I was forced to abandon the project altogether. When I told a black Kenyan friend about my puzzling experience, she laughed and said, “Can’t you see? You were the only non-white person in the group, and you were leading it. They had to revolt against you and sabotage the project. They had to put you in your place.”

When I told a black Kenyan friend about my puzzling experience, she laughed and said, “Can’t you see? You were the only non-white person in the group, and you were leading it. They had to revolt against you and sabotage the project. They had to put you in your place.”

What I learnt from that experience was that racism is so insidious and so deceptive that it can suck in the most well-intentioned people, including African-Americans like West, whose reckless utterances are lapped up by Trump’s America as evidence of black people’s servility and self-hatred. West owes his people an apology.