Africa Is One, Indivisible! 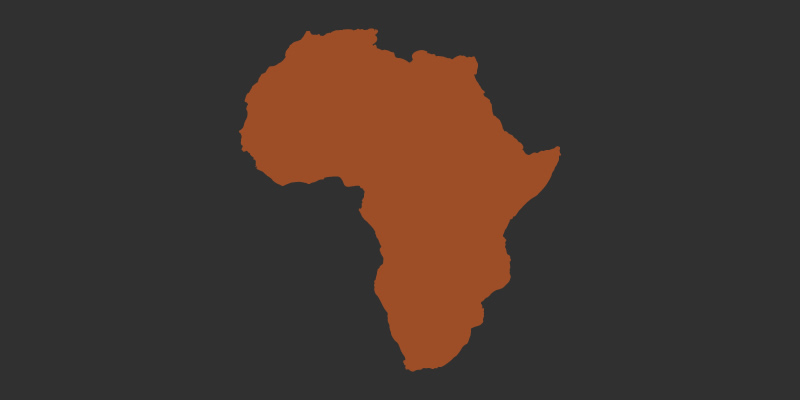 So stated Samia Nkrumah, Egyptian-Ghanaian daughter of Kwame Nkrumah, in the opening lecture of this year’s Tana Forum in Bahir Dahr, Ethiopia last week. She was speaking to the legacy of Gamal Abdel Nasser, second Egyptian President. Known for his pan-Arab sentiments, most illustrated by his nationalisation of the Suez Canal. But also known for his pan-African sentiments, illustrated by his orchestration of the marriage of Samia’s parents. Not to mention his whisking them to safety in Egypt after the overthrow of Nkrumah’s government. Where they shared political exile with the family of the Congo’s Patrice Lumumba, following his assassination.

With regard to this assassination, Samia noted that Nasser’s aim was not so much the protection of individuals, but more the protection of their visions as the first wave of African liberation governments. Both Lumumba and Nkrumah shared with Nasser not only the view that the only way forward for Africa was unity, but also that political liberation was only the first step. The next step being the re-construction of African economies to end the exploitative chain of periphery/metropole relationships. The appropriation of labour and value from women to men within the family. From the African hinterland to the coastal regions (serving export markets not domestic ones). And from Africa to the rest of the world (maintaining our dependent status within the global political-economy).

‘Africa is one, indivisible’ – Samia Nkrumah

Former South African President Khalema Motlanth – most recently deployed to ensure the success of the recent Sierra Leonean elections – responded to Samia’s lecture. He noted the purpose of re-visiting Nasser’s history was to remind us of context. To understand the choices made by that first generation of liberation governments. To see more clearly the challenges that arose from those choices. To also make us think more deeply about our investments in African electoral, succession and transition moments. For governments come and go. But states remain. And we need to constantly be thinking not only about governments but about African states, our positioning – and what that positioning both implies for and demands of our choices today.

It was an inspired and inspiring opening to this year’s Tana Forum, the annual gathering of current and former African heads of state, continental policymakers, academics and civil society. Focused on Africa’s peace and security, the Tana Forum’s aim is to enable more informal exchanges and reflections on where we are and where we need to go.

Former Nigerian President Olusegun Obasanjo, launching this year’s report on African peace and security, noted we’re in a world that’s ‘becoming less liberal, less international and less orderly.’ Despite the (valid) critique of the ‘new liberal international order,’ that is not a good thing. The four trends in African peace and security include, first, more prolonged conflicts that simply aren’t moving towards resolution (as in Cameroon, Mali and Mozambique).

Both Lumumba and Nkrumah shared with Nasser not only the view that the only way forward for Africa was unity, but also the view that political liberation was only the first step

Second, more widespread popular protests against incumbents. Related, third, heightened and more widespread tensions in the context of electoral and (potential) political succession and transitions. Here the good news is succession within ruling political parties in Ethiopia, South Africa and Zimbabwe, as well as by succession by opposition political parties in Liberia and Sierra Leone. But the moral of the story is the need not just for ‘free and fair’ elections – but credible elections. That is, elections that maintain the integrity of the people’s vote even in the face of ‘Version 2.0 electoral fraud’ – the manipulation of electoral technology (ironically) intended to protect the people’s vote, as in Kenya.

Fourth and finally, new peace and security threats arising from long-standing grievances – as in the Lake Chad basin and in the Sahel.

Where do we need to go one asks? We can (and should) be proud of the African peace and security architecture. But we need to admit that it works better in some situations than in others. On the most intractable situations, the alignment required between domestic, sub-regional, regional and external pressures is simply not optimal – preventing the decisive action that so many Africans want to see and don’t.

Think here of Burundi, the Democratic Republic of the Congo or South Sudan. The principle of subsidiarity is not working as it should, with the responsible regional economic communities and the African Union not being on the same page, enabling belligerents and protagonists to play a ‘Tom and Jerry, cat and mouse’ game with the interveners. Or think here of the Sahel. With its plethora of external interventions. Including by bilaterals outside of the United Nations framework. Collaboration between the AU and the UN is now understood as being expedient, necessary and inevitable. But there is still tension within the UN – especially amongst its permanent Security Council members, who still feel they can act unilaterally in their (colonial) former spheres of influence if they disagree with the multilateral approach. And there is also tension between the AU and the UN as concerns the appropriate allocation and distribution of resources.

Moussa Faki Mahamat, Chair of the AU Commission: Yes, Africans must have the courage to recognise and address our own problems but the UN must also address calls to reform (including of the UN Security Council) …

How much of that is our own responsibility? Moussa Faki Mahamat, current Chair of the AU Commission noted that, yes, Africans must have the courage to recognise and address our own problems – and end our reticence as concerns decisive AU action when required. But he also called for the UN to address the calls to reform (including of the UN Security Council) and address the demand for some of the UN’s assessed contributions to find their way back to the AU. Ownership of our problems is, yes, about our own analysis and intellectual work. But it’s also about African actors being ahead, leading – with the UN (or individual externals) accompanying, not substituting.