Pastoralist Communities Still Anxious About the Status of Their Land 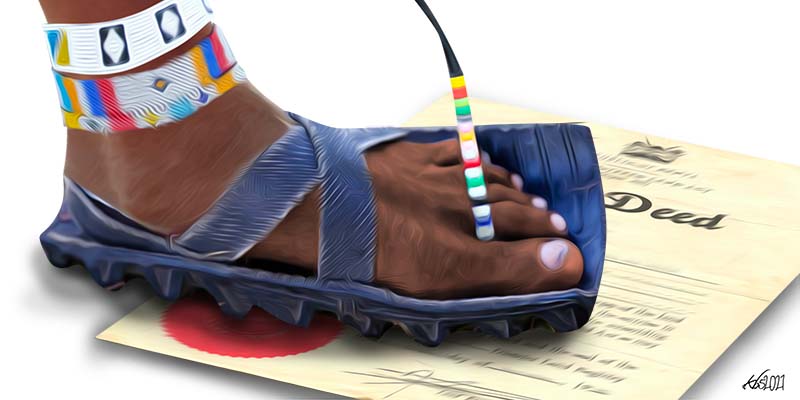 Commended as a liberating provision of Kenya’s 2010 Constitution, Article 63 provides a legal basis for recognition, definition, and ownership of communal land. The Community Land Act gives life to Article 63 of the Constitution of Kenya 2010 by recognising, protecting, and providing for the registration of community lands.

The passage of the Community Lands Act (CLA) in 2016 increased expectations among the indigenous pastoralist communities of Kenya that the new law will not only help them secure their land but also reclaim all or part of the ancestral lands they lost to colonialists.

Four years after the adoption of the Act, there are more questions than answers over its implementation, success, and the challenges faced.

Rights and security of tenure

Previously, rights to customary tenure were limited to those of occupation and use. The law did not recognise other rights. Much of the literature has linked customary land tenure and use to environmental degradation (the tragedy of the commons), social conflict and food insecurity. Thus, the indigenous land tenure system has been perceived as inferior and an impediment to agricultural development.

In the new laws, the rights conferred by community land have equal footing in law as other previously recognised land tenures such as freehold and leasehold. The legislation upholds Article 40 of the Constitution of Kenya that grants all the rights to own property in any part of Kenya. The Act is progressive in promoting the rights of Kenyans everywhere, regardless of their different ways of life.

The registration as provided under Section 7 of the Act involves a complex procedure of electing a community land management committee (CLMC) with a comprehensive register of communal interest holders. The committee then submits for registration to the Registrar the name, the members, and the minutes of meetings and rules and regulations of the community.

Although there are no official records on the size of community land, a close guesstimate is that 60 per cent of Kenya’s landmass is primarily within 21 of the 47 counties. The surface area of Kenya is approximately 582,646km² of which 97.8 per cent is land and 2.2 per cent is water.

When we consider these statistics, Kenya’s community land stands at 341,897 km², excluding private and public lands. It is no secret that most community land is in the historically ignored, dry northern region of Kenya that is occupied by pastoralists.

Therefore, it is a moral imperative to assess whether the Act lays a foundation for security of tenure and more specifically whether it highlights the role of community land ownership in sustaining pastoral land resources.

Over the years, community land has been defined as un-owned or idle land. It is also often mistaken for government land, resulting in illegal grabbing. Moreover, the risk of pastoral and other indigenous communities being disinherited of their land and natural resources continues to increase.

The CLA is unhelpful in this regard as it allows the county government and the national government to set aside parts of community land to promote or upgrade in the “public interest”, a term that is ambiguous as it is not clearly defined. The result is that the term “public interest” has been used interchangeably with “public purpose” which the Land Act 2012 defines as the establishment of “physical infrastructure, roads, dams, national sports facilities, etc.”, leaving the door wide open by adding, “and for any other analogous public purpose”.

The risk of pastoral and other indigenous communities being disinherited of their land and natural resources continues to increase.

Considering the above, pastoralists in northern Kenya face imminent dispossession of their lands due to state-sanctioned mega-projects such as the Lamu Port, South Sudan, Ethiopia, Transport Corridor (LAPPSET). Although both the Constitution of Kenya 2010, CLA 2016, and Land Act 2012 guarantee compensation in good faith for the unregistered occupant as well as for registered owners in case of land expropriation for a public purpose, compensation for pastoralist will be non-existent or at best a mere token because of the Land Value Index Laws (Amendment) Bill 2016.

The bill proposes to limit compensation to the value of the structures and improvements made to the land. Under these circumstances, rural property owners are disadvantaged, and nothing will be forthcoming for land purposely set aside for grazing, as is the case in most pastoralist communities.

Loss of community land may also occur through the statutory right of the state to deﬁne new categories of public land.  Part of the existing public land that may not be transferred to the community includes lands prone to waterlogging, buffer zones around the national parks, and cultural sites of importance. Wetlands are critical dry season grazing areas for pastoralists and cultivation, and this provision extinguishes the ancestral claim to resources that are critical to their survival.

The CLA has vested the ultimate responsibility of community land registration in the community. This is unfair considering that the community is not sufficiently aware of the law and the land formalisation process. The procedures provided are complex for the comprehension of indigenous communities that have had little to no contact with government authorities in the past. There is a need to create an awareness of the Act to kick-start the registration process.

Poor or limited financial and technical capacity is the biggest impediment to implementing the Community Land Act. Ideally, community land registrars should be on the ground to educate and assist the communities with the registration process, but they are absent in most counties.

For example, in Isiolo, the registrar was only deployed in mid-2020, while some counties such as Marsabit and Samburu rely on registrars from other regions such as Isiolo or West Pokot.

The registration procedures require movement from one office to another, resources to mobilise community members for meetings, and advertisements on local radios to announce such meetings. These activities all have financial implications, but unfortunately, most counties have no budgetary allocation to support such activities; where these resources do exist, they are very limited.

The strength of CLA lies in its social inclusion, and the principle of non-discrimination. Decision-making on the formalisation of communal rights must be done in a fair, transparent and accountable manner. Procedurally, at least two-thirds of all adult members must participate, consent, or vote on actions and decisions. When a member or a section of the people disagree with the rest over a certain matter, they can lodge their complaint with the registrar or the courts and stall the registration process. This has, to some extent, over-empowered individuals at the expense of the majority or collective voice of the community.

Poor or limited financial and technical capacity is the biggest impediment to implementing the Community Land Act.

The proposed name, “Nagele Borana”, was rejected by some of the members for fear that other non-Borana communities may be excluded from the community. Isiolo is inhabited predominantly by the Borana ethnic group, but other nomadic ethnic groups such as the Sakuye, the Gabra and the Somali are also present. There is the assumption that the use of the name of one community will exclude the other communities, and this has caused unnecessary tension and delays.

The support of the county government—the trustee of all unregistered community land—is limited by to many factors. Overlapping claims between county and national governments over certain lands create a setback in fast-tracking the process of formalisation. Kenya Defence Forces (KDF), for example, claims part of Isiolo County land as part of their land, leading to evictions from land that is part of the extensive communal land in the county. The forceful evictions by KDF have been triggered by the assumption that unutilised community land is government/free land. The Constitution of Kenya 2010 failed to discern the overlap between public and community lands and to put measures in place to protect communities from the dispossession of their land.

While challenges remain, there are several bright spots, successes, and good practices across the 21 counties concerned. The first step for community land registration is civic education on the requirements and procedures. According to the Food and agricultural organisation (FAO) of United Nations, at least 24 counties have been sensitised on the CLA 2016 by the Ministry of Lands and Physical planning with the support of the Land Governance Programme funded by the European Union. However, this sensitisation drive only targeted the key decision-makers at the county level. There is a need for a serialised civic education campaign at the grassroots considering that rural people in these counties have had little or no prior contact with government authorities.

At least 10 counties have submitted the inventory of their community lands to the Lands and Physical Planning Cabinet Secretary as prescribed by law. These counties include Baringo, Turkana, West Pokot, Tana River, Isiolo, Wajir, Garissa, Mandera, Marsabit and Lamu. However, most of these inventories are not complete and there is need for follow-up with the counties for their completion. Five communities In Isiolo, namely Kalash, Lenguruma, Longobito, Sericho and Merti, are said to have initiated the registration process and are believed to be at the preliminary stages.

Laikipia and Samburu counties are trendsetters in community land registration in Kenya. In these two counties, a combined total of 24 communities have completed the election of their community land management committees and are ready for the transition. At least five former group ranches have successfully transited to community land and been issued with community title. Elsewhere, nine communities have also prepared for registration in West Pokot under the land governance programme that the FAO is implementing in partnership with the Ministry of Lands and Physical Planning. Even though transitioning from group ranches is straightforward compared to the registration of unregistered land, the progress made in these counties is a testament that community land registration is achievable with the financial and technical support of both government and non-governmental agencies.

Pastoral communities in Kenya have continued to be disadvantaged by the weak nature of their land tenure rights compared to other forms of tenure. Despite the constitutional provision that community land tenure is a lawful class of tenure on an equal footing with private and public land tenure, there is persisting anxiety that community land rights are not sufficiently protected or even restored under the CLA of 2016.