The BBI Judgment and Project Kenya 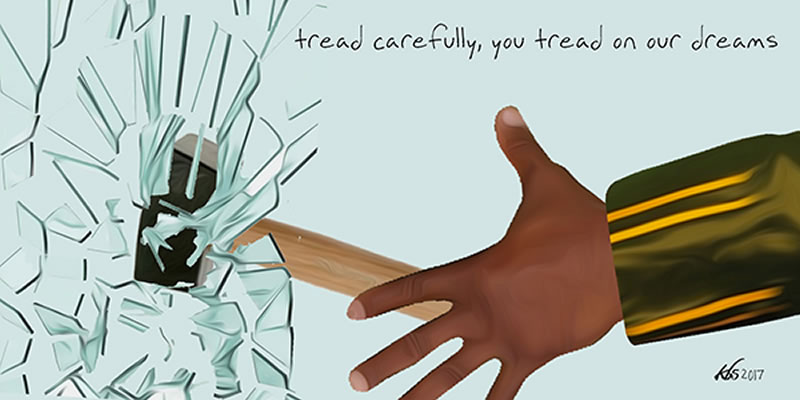 On 13 May 2021, the Constitutional and Human Rights Division of the High Court of Kenya delivered its judgment in David Ndii and Others vs The Attorney General and Others, widely referred to as the BBI judgment.

The judgment has led to a flurry of analysis. All commentators have included in their analyses reflections on how the court was attentive to history, specifically Kenya’s constitutional history since independence in 1963. Indeed, the court found in this history a guide to the people’s intentions in ‘bequeathing themselves’ the 2010 Constitution. The court reasoned that although ‘there is no clause in the Constitution that explicitly makes any article in the Constitution un-amendable’:

“…the scheme of the Constitution, coupled with its history, structure and nature creates an ineluctable and unmistakable conclusion that the power to amend the Constitution is substantively limited. The structure and history of this Constitution makes it plain that it was the desire of Kenyans to barricade it against destruction by political and other elites… the Kenyan Constitution was one in which Kenyans bequeathed themselves in spite of, and at times, against the Political and other elites. Kenyans, therefore, were keen to ensure that their bequest to themselves would not be abrogated through either incompatible interpretation, technical subterfuge, or by the power of amendment unleashed by stealth.”

The court’s reliance on history in part explains the excitement the judgment has generated. Commentators have pointed out that the basic structure doctrine elaborated by the court rests on the foundations of Kenyan history. They have carefully analysed the work that history does in the judgment. But the inverse is also an interesting question: what work has law done for history? I will argue that the court has added to Kenya’s archive in important ways.

Background to the litigation

In 2018, President Uhuru Kenyatta and Mr. Raila Odinga, opponents in a fraught and contentious Presidential election in 2017, sought to come to an accommodation in what is known as ‘the Handshake’. Purporting to seek a lasting peace, President Uhuru Kenyatta appointed a Building Bridges to Unity Taskforce to recommend administrative and other changes to achieve this. The taskforce’s report was followed by the appointment of a BBI Steering Committee tasked with proposing constitutional and other changes. These recommendations morphed into the Constitution of Kenya Amendment Bill 2020, following which a number of petitioners moved to court to challenge the controversial amendment proposals it contained. The resulting judgment rules on eight consolidated petitions challenging the proposed changes to the Constitution.

History in the BBI judgment

In its judgment, the court laid great emphasis on the attributes of the constitution-making process that resulted in the 2010 Constitution. Relying on the writings of Chief Justice Willy Mutunga as he then was, the court notes that the 2010 document ‘has been described as a “model” of “participatory constitution building process” and as

“a story of ordinary citizens striving and succeeding to reject or as some may say, overthrow the existing social order and to define a new social, economic, cultural, and political order for themselves. Some have spoken of the new Constitution as representing a second independence.”

The court held that a detailed grasp of Kenya’s constitutional history was essential to considering the matter before it. It elaborated on how the 1963 independence Constitution had been amended so thoroughly by an over-weaning executive that by the time Kenya became a multi-party state in 1991 the constitution had been ‘stripped of most of its initial democratic and social justice protections’ so that the country ‘had effectively become an authoritarian state’. The court cites detention without trial, abuse of legal process, personalized rule, entrenched patronage, endemic corruption, oppressive use of police force, severely compromised judicial independence, discrimination, and marginalization as characterising Kenya during those years.

In his analysis of the judgment, Gautam Bhatia has noted that it is ‘designed to respond to two sets of pathologies that had plagued Kenyan constitutionalism in its previous iterations’. These are, first, a ‘culture of hyper-amendment’ [para 406 citing amici curiae Duncan Ojwang’, John Osogo Ambani, Linda Musumba, and Jack Mwimali] and, second, ‘a two-decade emphasis on a citizen-led process’ Bhatia notes that the ‘entire analysis was focused on how Kenyans struggled for – and won – the right to public participation in constitution-making, and that was the basis for holding that the core of the Constitution could not be altered without going back to the People.’ (author’s emphasis)

Considering the judgment, Jill Cottrell Ghai and Yash Pal Ghai have written that the High Court was concerned not just with how Kenya had come to be badly governed ‘but how it happened’. They point out astutely that ‘[t]he methodology was not by simply ignoring the Constitution…but particularly by changing it.’ The court put its historical analysis to ‘use’ to reason that ‘some aspects of the Constitution cannot be changed by ordinary amendment processes.’

In his analysis of the judgment, Gautam Bhatia has noted that it is ‘designed to respond to two sets of pathologies that had plagued Kenyan constitutionalism in its previous iterations’

The court used history to exclude the possibility that ‘having gone through this whole, complex and participatory, process of getting a new constitution’ the people would be happy to allow it ‘to be changed in fundamental ways by any less people-centred process.’ Because Article 259(1)(a) requires a purposive approach to constitutional interpretation, at the ‘forefront of the court’s mind [was] what the constitution was designed to achieve.’ At a webinar on the judgment organised by the East Africa Law Society, Issa Shivji described this as the court’s attentiveness to the mischief which the 2010 constitution sought to address.

Yaniv Roznai has noted the court’s ‘holistic reading of the constitution, the history and context of the constitution, and the fundamental structure of the constitution, including the Preamble.’ And Upendra Baxi has described the judgment as ‘decisively people-centred rather than State-friendly’ whilst also drawing on the Indian experience since the Kesavananda Bharti case (upon which the Kenya High Court relies to assert the doctrine of basic structure) to ask pressing questions about the possibility of the ‘judicial and demosprudential co-governance of the nation.’

Joshua Malidzo Nyawa has written that: ‘the Court emphasizes that the Constitution of Kenya 2010 is both monumental and memorial – monumental because it celebrates our achievements, memorial because it reminds us of our past atrocities.’ For Bhatia, ‘the High Court’s account of this history – starting at para 411 of the judgment – is deeply fascinating, and repays careful study.’ Building on both these insights, I want to suggest that we should think about the historical account given by the court beyond the work it does to bolster the basic structure argument.

The shape and future of the constitution is not all that is contested. So too is Kenya’s history. What is and should be an authoritative account of the period of constitutional reform is up for grabs. If lawyers are worried about a renewed culture of hyper-amendment in which the BBI constitutional proposals are the first act, historians are right to worry about the risks of historical revisionism in scholarship and more widely. Citizens should worry about both.

The revision of history to minimise or call into question the history of the struggle over constitutional change and the demands of the people for an end to repression, patronage and illegality is a certainty: many would say it is already underway, as evidenced in the veneration by some of Kenya’s Presidents since independence.

In his 1995 essay The Invention of Kenya, ES Atieno-Odhiambo argued that one of the tasks of the postcolonial historian of Kenya has been to forge a new history, one which ‘had to be invented, assembled together, arranged around the metaphor of struggle.’ Writing about the struggle for land and justice, I have argued that Kenyans have developed a peoples’ history of land. I have analysed how a deep engagement with history is to be found in the Kenya Supreme Court’s Advisory Opinion on the National Land Commission which gave considerable space to elaborating on Kenya’s land and constitutional history. In so doing, I have argued, the court gave Kenya’s history of struggles over land what Grace Musila labels ‘epistemic authority’ (though, I argued, their resultant ruling disappointed).

On this reading, what the court was doing in the BBI judgment was the work of bolstering not just the constitution but history itself. By narrating history in the ‘epistemic register’ of a court judgment, they lent Kenya’s constitutional history some authority. The judgment was thus anticipatory in two regards. It sought to create a shield against a return to the ‘culture of hyper-amendment’ which came to characterise Kenya’s regimes after 1963.

And it was anticipatory too in relation to the historical record: setting out on paper an authoritative account not to be amended in future. To be clear, I am not imputing this intention to the judges. But reading the judgment the danger strikes me that, sometime in the future (including on appeal), an amended history could be attempted, one that would lie alongside an amended constitution. This makes all the more important the robust work the court has done to try to give legal authority to Kenya’s constitutional history in its judgment.

Ann Laura Stoler has written that we should think of archives ‘not as sites of knowledge retrieval, but of knowledge production, as monuments of states as well as sites of state ethnography.’ Archives are not just places. Court judgments too can be sites of knowledge production not just of retrieval. We see this in relation to land inquiries: reports recording the land grabbing, dispossession, irregular land dealing, and land related violence committed by a predatory Kenyan state become available because of the concerted work of civil society calling for their publication (see for example the Ndung’u commission report and the Truth Justice and Reconciliation commission report).

I have argued that they have come to form an archive of sorts, and that when the Constitution of Kenya Review Commission heard evidence around the country in preparation for a new draft constitution, it was on a people’s archive accumulated over many years that citizens were able to draw (see ‘What the people told the CKRC’).

As commentators have shown, it is difficult to envisage a basic structure doctrine argument that stands up unless undergirded by the historical account given by the court. The BBI judgment is therefore historic in two ways. It is historic for its elaboration of basic structure doctrine. But it is also historic because it does history work. It is a deeply historical reading that enables us to see what the Kenyan people meant when they gave themselves the 2010 constitution. The court imputes intention to the people, invoking the everywoman of Kenyan constitutional history, Wanjiku, whom Wambui Mwangi has described as ‘a Kenyan every-body or Kenyan any-body’ forged ‘out of an ethnically specific but poignantly disembodied no-body.’ Wanjiku is mentioned twelve times in the judgment.

Bhatia has written that the judgment relies upon

“an expanded interpretive canon, which centres people – and social movements – in its understanding of constitutional meaning. The High Court’s judgment is an example par excellence of transformative constitutionalism grounded in radical social history.”

I have suggested here that Kenya’s radical social history also relies on constitutionalism and the opportunity for courts to record – and to valorise – the struggles of the people.

This article was first published in Verfassungsblog. You can find the original text here.