‘Secular’ Vs ‘Religious’ Violence: When Is Terrorism Not Terrorism? 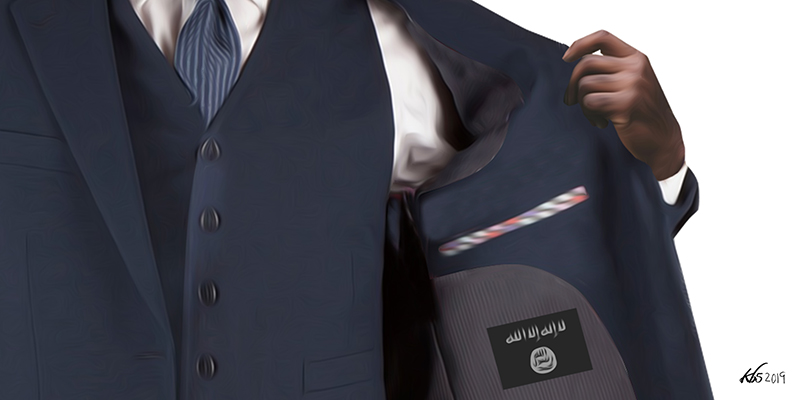 In the past few decades, Islam has been on the spot in connection with violence due to the surge in armed groups that justify their actions using the religion. Examples abound: Al-Qaeda and the Islamic State in Iraq and Syria (IS) have claimed to want to unite all Muslims under one caliphate, liberate them from a Christian-Jewish conspiracy, and free Muslim countries from foreign influence. Similarly, Al Shabaab has an ambition to regain Somalia’s lost territories and establish a Muslim state that is free from foreign influence.

Such claims and the fear that these alarmist statements ignite have not only won these violent groups new recruits but have also led to the tightening of counterterrorism efforts. President Donald Trump, for example, calls Islamist groups and their violent actions “radical Islamic terrorists/terrorism”. However, after the New Zealand mosque massacre last year that left 49 people dead, he referred to the atrocity as “an act of hate”. Notable is his failure to differentiate between “Islamic” and “Islamist” and how quick he is to draw the link between Islam, Al-Qaeda and Daesh (ISIS). The latter have been labeled terrorist groups even though there has been a spike in white nationalist violence/terrorism in parts of the United States.

Closer to home, Al Shabaab and its rhetoric has often received widespread publicity as an “Islamic’ terror group” – a label that immediately makes a connection between Islam and violence. There have been recent calls by the Government of Kenya for the United Nations Security Council to officially classify Al Shabaab as terrorist group. Yet the Lord’s Resistance Army (LRA), despite claiming that its actions are inspired by Christianity, has not been labeled a “Christian terrorist group”.

The question is whether claims by Islamist groups such as Al Shabaab should be taken at face value. Al Shabaab has received widespread publicity in comparison to other “secular” armed groups largely because, together with other Islamist groups, it is seen as “religious”, “indiscriminate”, “brutish”, and “inflexible to negotiation” because it hates secular institutions, especially the Federal Government of Somalia (and its allies) and does not recognise “infidels”. If one uses Al Shabaab’s logic, a threat to Al Shabaab equals a threat to God.

However, one must recognise that for many years Somalis have not only experienced violence by Al Shabaab, but have also been victims of violence perpetrated by “secular” warlords. For example, in the period culminating in the fall of Siad Barre’s regime in 1991 and during the civil war in Somalia, such violence was propagated by, among other actors, the Alliance for the Restoration of Peace and Counter-Terrorism (ARPCT). ARPCT was an alliance of “secular” politicians comprising a band of warlords mainly from the Hawiye clan and their financiers. There are many other examples of violence by so called “secular” actors beyond Somalia that could be classified as state-perpetrated terrorism, including US drone attacks on Somalia that continue to this day.

Ironically, during that period, it was the rise of the Islamic Courts Union (ICU) that brought peace to Somalia for the first time since onset of the civil war. Back then, the ICU comprised, among other factions, so-called moderates and radical Islamists. Sheikh Sharif, who later, in 2009, would became president, led the moderates and adopted a liberal approach to politics that was opposed by the more radical faction. This radical faction would go on to form the Al Shabaab of today after sabotaging the unity and progress of the ICU and making more political demands. Al Shabaab gained more strength after the ICU was ousted from Mogadishu in 2006 by US-backed Ethiopian forces.

However, one must recognise that for many years Somalis have not only experienced violence by Al Shabaab, but have also been victims of violence perpetrated by “secular” warlords.

Al-Shabaab violence is often portrayed as a religious act of purification. Yet Al Shabaab’s attacks are non-discriminatory – Muslims and non-Muslims are targets, as are locals and foreigners. In Somalia, the targets have been government buildings, hotels, restaurants and schools where the majority of the casualties have been Somali Muslims. The most prominent recent example is the attack on a hotel in Kismaayo that killed the Somali-Canadian journalist Hodan Nalayeh and the attack in Mogadishu that killed the Mayor of Mogadishu, Abdulrahman Omar Osman, after a bomb was detonated inside the headquarters of Benadir district. Al Shabaab has made it clear that it targets the Government of Somalia and that those working to support it are a target, regardless of whether they are Muslim or not.

This is not to imply that religious institutions and individuals have not been targets of Al Shabaab. On the contrary, when this happens, it is more because the target was easy and the aim was to heighten the impact of the violence, thereby raising the profile of the group. It also often does so for political and economic motives as opposed to “religious” ones. For example, the 2013 Westgate Mall attack in Nairobi was claimed as a retribution against Kenya’s invasion of Somalia in 2011. The attack in Mpeketoni was targeted at Kikuyu Christians, while the one at Garissa University, which killed 148 students, targeted the mostly Christian student population.

Al Shabaab has made it clear that it targets the Government of Somalia and that those working to support it are a target, regardless of whether they are Muslim or not.

Therefore, when al-Shabaab uses Islam to justify its actions, it does so to win the support of Muslims in countries like Kenya, which are rich grounds for radicalisation. Thus the notion of purity that comes with the “Islam” label is tapped into by the group to present it as incorruptible, similar to the Salafi or Ummah brands that are used to unify Muslims.

Al Shabaab emerged from the social and political dynamics of war-torn Somalia and so it is fueled more by Somali nationalism than by the aim of creating an Islamic state. The use of a pious rhetoric to promise change by returning to the pure foundations of Islam serves a social function that Al Shabaab uses to promote its political agenda.

As argued by Gunning and Jackson, religion is complex and difficult to define and so it is problematic to generalise it. Religion should be seen as a part and parcel of society – a “site of practice attached to power and knowledge embedded within a community of believers”. The rigid dichotomy of “religious” versus “secular” is rooted in European history and politics where religion was seen as irrational in comparison to rational science and therefore confined to the private sphere.

Al Shabaab emerged from the social and political dynamics of war-torn Somalia and so it is fueled more by Somali nationalism than by the aim of creating an Islamic state.

Labeling Islamist groups as “religious” is therefore informed by the Christian West, whose image of the Middle East is that of the “other” – the “fanatic Muslims” – an image that is reinforced by the increased use of religious symbols by Islamist groups. This explains the double standard of why the Euskadi Ta Askatasuna (ETA) of Northern Spain that is shaped by Catholicism is seen as secular yet al-Qaeda, despite displaying diverse secular qualities and ambitions, such as overthrowing regimes, ending occupation, freeing Palestine, and targeting both secular and religious sites, is seen as “a network of Islamic extremists and Salafi jihadists”.

Labelling Islamist groups like Al Shabaab as “religious” risks implying that it is a legitimate representative of Somalis and East African Muslims; yet Islamic practices are shaped by context and are diverse. Muslims in East Africa alone are indeed quite diverse and the fact that some Muslim leaders have come out to condemn the actions of the group serves as proof of this diversity. Al-Shabaab members and their leaders should therefore be seen as only a fraction of Muslims of East Africa, acting not as representatives of Muslims but as a unique group with its own agenda. Regardless of their claims, so-called “religious terrorists” do not necessarily act as they preach; rather their actions are often shaped by political calculations.

The rigid distinction between “the tolerant secularist” versus the “barbaric religious fundamentalist” in today’s discourse on the global War on Terror has had the impact of promoting further conflict and denies Muslims their history, which is distinct from that of the West. This distinction is used to justify the extreme measures taken against so-called Islamic terrorist groups and helps to divert attention from controversial “secular” state violence.