Brexit: A Raw Deal for Uganda? 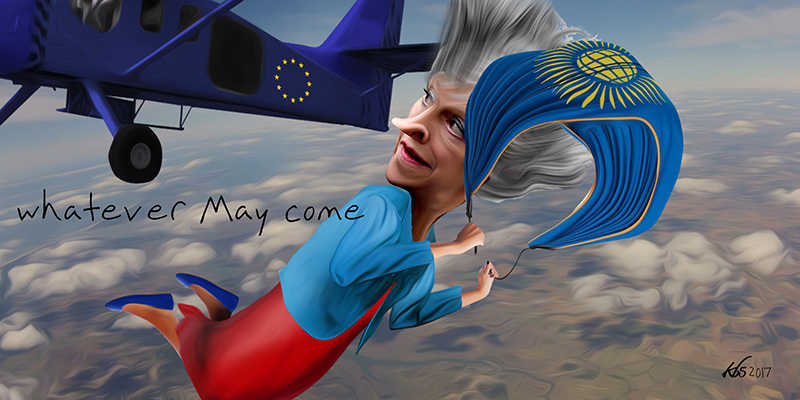 With the rejection of the Tory government’s Brexit proposals by Parliament, a no-deal Brexit looks more likely than not. The immediate effect of a no-deal or “hard” Brexit would be an increase in Britain’s balance of payments deficit.

Now that it is confirmed that post-Brexit Britain will no longer benefit from the preferential trade terms offered under the Economic Partnership Agreements (EPAs) between the European Union (EU) and Africa and the Caribbean and Pacific countries (ACPs), Britain will have to strike out on its own and seek trade agreements with those countries. Under those new agreements, Britain will be looking to increase her exports and obtain favourable import terms in order to maintain her standard of living. (Britain only produces half the food she consumes and imports 40 per cent of the rest from the EU.)

In order to maintain normal supplies during a potentially messy aftermath before new trade agreements have been reached with EU and other countries, the Health Secretary has instructed pharmaceutical companies to stockpile pharmaceuticals and is willing to pay the storage costs. Furthermore, the military is putting in place plans to help distribute emergency supplies should it become necessary.

Since 2017, members of the House of Lords have been making efforts to transform the crisis into an opportunity for British businesses. Members of the House of Lords, led by Lord Popat, have been engaged in a fishing expedition, seeking to open new export markets in the old Commonwealth. That relationship, always unequal in terms of power and benefits derived, finally fizzled out when Britain joined the EU in 1973.

However in 2017, Lord Popat, opening the debate on Exports: Africa and the Commonwealth debate said: “Before I delve into the economic potential of Africa and the Commonwealth, I will briefly explain why this debate is so important. Britain has run a balance of payments deficit for decades. Quite simply, we do not export enough to pay for our imports. Possibly the greatest victim of our insular approach has been the great continent of Africa. Only a few decades ago, Britain could boast of having 25% of total trade with Africa; now it is barely 4% [.…] it is clear to me in hindsight that our membership of the European Union was detrimental to the Commonwealth.” (Lord Popat, Hansard)

There are difficulties ahead for Britain. Lord Popat’s delegation to Uganda won a contract to build Kibaale International Airport to serve newly discovered oilfields. UK firms were shortlisted to build an oil pipeline worth 700 million. These projects would be financed by a loan to Uganda under the UK Export Finance programme (UKEF).

However, they are not the only projects for which Uganda needs credit; Uganda will have to prioritise projects if it is to be granted another package of loans on concessional terms by the International Monetary Fund (IMF). So far Uganda has been unwilling to concede to pre-conditions set by the IMF and the pipeline may not become a reality.

A senior Ugandan official states that the government is not able to comply with the IMF’s terms regarding suspending or cancelling infrastructure projects. It is unlikely that Western countries will undermine the IMF’s authority by offering concessional credit. The IMF would like the proposed pipeline and oil refinery dropped. It would like a moratorium on non-concessional loans of the type offered by China and domestic banks. The electricity grid to distribute power from newly completed hydro-electricity plant at Isimba may get the green light but Karuma hydro-plant was finally put on hold in late 2018, and the standard gauge railway (SGR) was quietly shelved in 2017. There is also the road network in the Buliisa oilfields, all of which have yet to attract investors. Preferential loans from Britain and even the EU are unlikely to go ahead without IMF approval.

Even if Uganda did secure funding for British-financed projects, her ability to repay is undermined by the fact that existing loans have taken the debt-to-revenue ratio over the historically sustainable limit of 40 per cent to a precarious 54 per cent. Much of it is in the form of non-concessional loans from China and also from domestic commercial banks. By 2020, when many external loans become payable, repayments will require 65 per cent of projected revenue collections. Sovereign default has been considered as an option and will likely be discussed again in 2020.

From Uganda’s point of view, the expiry of the EPAs with the EU in 2020, together with Brexit, represent an opportunity to hold out for better terms of trade, including facilitation of the export of processed goods rather than cheap raw materials. Although a stated goal of EPAs is to “contribute, through trade and investment, to sustainable development and poverty reduction”, there was an admission in the House of Lords debate that existing terms of trade under current EPAs are highly unfavourable to ACP countries.

Even if Uganda did secure funding for British-financed projects, her ability to repay is undermined by the fact that existing loans have taken the debt-to-revenue ratio over the historically sustainable limit of 40 per cent to a precarious 54 per cent. Much of it is in the form of non-concessional loans from China and also from domestic commercial banks.

None of Uganda’s post-independence governments responsible for signing poor trade agreements have attempted to fulfil the independence goal of industrialisation. The National Resistance Movement (NRM) government led by Yoweri Museveni is currently promoting urbanisation and employment in the services sector, especially tourism. Employment in foreign-owned factories (when they are eventually built) is also held out as a possibility for the youth, the majority of whom are currently unemployed. As the president said in the 2018 comments on the budget, low cost of labour (read poverty) is an economic strategy. In short, Uganda is being transformed from a nation predominantly of smallholders to a tourist destination with some large foreign commercial farms growing food for export, a sprinkling of factories and the export of oil.

Poor governance (lack of public oversight) on Uganda’s part and exploitative trade practices on the part of development partners and investors is the underlying reason for perpetually poor trade treaties. “Honest Accounts 2017 – How the world profits from Africa’s wealth” by Mark Curtis and Tim Jones illustrates how sharp practice has undermined development. The trend is likely to continue; an examination of the British firms being promoted by the House of Lords in the Commonwealth shows that these firms are serial offenders in bribing foreign officials for commercial favours and have been penalised in the past. An official from BP was charged with 19 counts of receiving bribes in return for business in March 2017. Petrofac is undergoing a corruption probe by Britain’s Serious Fraud Office. Rolls Royce paid penalties of US$800 million for bribery in Angola, Nigeria and South Africa, as well as in Azerbaijan, Brazil, India, China, Indonesia, Iran, Iraq, Kazakhstan and Saudi Arabia. BAE Systems was fined US$400 million by the Serious Fraud Office in 2010 for bribery charges in Tanzania and Saudi Arabia. (See The Revival of the Commonwealth: an Opportunity for Further Exploitation or a Time to Correct Past Wrongs?, Counterpunch, December 22, 2017). As Museveni’s government approaches its end in 2022, his circle of family and friends is likely to continue and even accelerate taking bribes from investors such as these.

If the NRM government is unwilling or unable to wrest better trading terms for Uganda from Britain, the People Power movement can – by demanding all new trade agreements and investments be subject to public scrutiny. Lord Chidgey notes the lack of public debate in negotiating trade deals and the lack of competence of public service negotiators. A senior Ugandan official confirms the lack of competence stating, typically, a Ugandan delegation of say four generalists will travel to China to be confronted by a roomful of Chinese experts, including specialists representing key economic sectors.

“Apparently, EPA deals had been struck behind closed doors by professional and highly skilled negotiators from the EU, which the best efforts of their African counterparts just could not match. There was little or no input from the Parliaments they were dealing with, and no public debate. Apparently, the conditions imposed in the EPAs were not scrutinised, and there was no analysis of the long-term impact that their restrictions would have on the economies of the countries they were dealing with.” (Lord Chidgey, Hansard).

However, as the 2021 general elections approach, heightened tension discourages open discussion. Alternative policy formulation by the opposition is being actively prevented by the Government of Uganda. Opposition politicians and activists require police permission for gatherings of more than four people. Since the Directorate of Crime Intelligence circulated a memo, reading in part, “You are instructed to compile and submit reports of all events, functions and ceremonies in your A.O.R (area of responsibility) from January to July 2019. Reports should reach this headquarters not later than January 18, 2019”, gatherings of all kinds are under police surveillance. Meetings and demonstrations, the very stuff of political discourse, are routinely broken up and the threat of or actual state violence is ever-present.

If the NRM government is unwilling or unable to wrest better trading terms for Uganda from Britain, the People Power movement can – by demanding all new trade agreements and investments be subject to public scrutiny.

As long as Britain continues to support repression with grants to and training for rogue regimes and their armed forces, the status quo will remain. In turn, Britain will be able to balance its books. In this way their austerity will continue to be exported to Uganda and other African countries characterised by weak public administration, little public oversight of government, and a widespread culture of bribe-taking in international commerce – all underpinned by repression. Any reversal of this position, in place since 1893 in Uganda, would require legislation to enable citizens to audit existing debt and to oversee both the debt creation process and negotiations for international trade agreements.