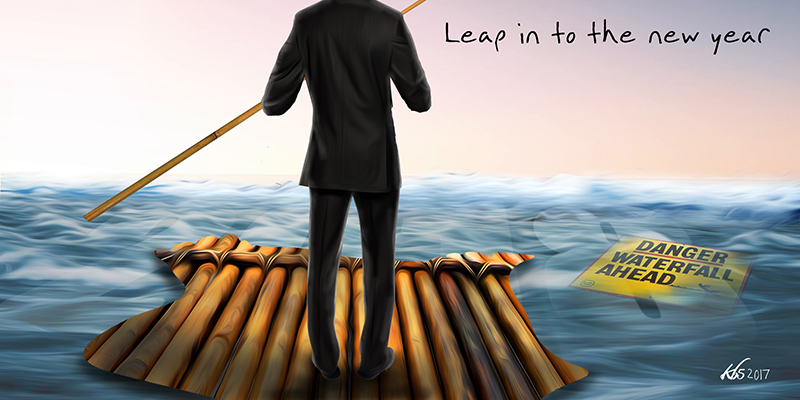 2017 was a rough year. The two elections that held Kenyans hostage to months of campaigning and election contestations saw the business sector slow down and not much happened in other sectors as players waited for the dust to settle. As Education Cabinet Secretary Dr Fred Matiangi continued with his trademark zeal towards education, the health sectors seeming experimentations with the National Hospital Insurance Fund (NHIF) aroused suspicion and alarm in the backdrop of financial scandals at the ministry. In the world of arts and culture, discussions on financing the creative economy stimulating its economic potential have been key. What then does 2018 hold? The experts share their thoughts.

In 2018, I see us having a bit of a struggle in legislation for the implementation of the two third rule. The president will most likely try to meet the gender principle with the cabinet because of the 2016 judgement which we followed up on requiring that any appointments post 2017 align with this. We have legal battles coming up to enable the inclusion of women but because of the economic pressure the government is facing in regards to the wage bill, I foresee a strong argument against this on the basis of costs. There is already talk of constitutional review and 2018 could end up being big on constitutional review.

The pace at which public sector wages are growing is something we need to keep an eye on in 2018 because it ties up with the public debt. Because public debt and wages of public office holders have to be paid first, other public services then suffer cuts. This means that there is less money for the expansion and improvement of healthcare or educational services and other development plans. KRA’s recent aggressiveness tells us that there is a stress with revenues and we will continue to see this in 2018. The Jubilee policy of tax and spend – borrowing and spending big on infrastructure – will have to come to an end because we have been borrowing more than we have been making. We’ll have a debt crisis in two years, the only question is if we want to start paying it now or wait till we are knee deep in the crisis.

In 2018, I expect us to see more business wars on education. We will see more corporates sell privatized digital education and content to unsuspecting parents desperate for any solution to the education problems. We may also witness publishing wars, given that the Ministry gave a single tender for publication of textbooks. Unfortunately, the grass that will suffer is our children, and ultimately the Kenyan nation since our children are its foundation. We will probably witness more social tensions given the number of young people who have been abandoned to figure out what next after high school.

Kenya’s biggest external threat as we head into 2018 remains terror groups, especially Al Shabaab. Progress has been made in fighting it by targeting its sources of finances and leadership, but the prolonged political instability in Somalia continues to give its members safe ground to plan their activities. Food, employment levels, and economic inequalities are also critical in shaping the security of Kenya; the 40% unemployment rate could have serious implications for national security. The sense of exclusion felt in certain parts of the country following the elections, which has fuelled the calls for cessation, makes it worse.

2018 will be very busy for the health sector. There’s going to be reorganisation around three main areas – healthcare as a business, health as a devolved function, and legislation. There’s a concerted push to privatise the health sector in terms of technology, service provision, human resource and the pharmaceutical industry. At the base of it, KMPDU is campaigning against the commodification of health, it is a right, not something for the highest bidder. In the pharmaceutical industry, we will see the entry of a lot of generic drugs which while good for lowering costs, will come with the problem of increased counterfeit drugs. KMPDU is holding a conference for governors in April to look into management of healthcare in the counties. Legislation will focus on the Health Act and the NHIF Act, especially provisions on employment of health workers and streamlining the healthcare system.

In 2018, focus will be on leveraging the existent opportunities and threats. The agriculture sector which is central to food security, contributes over 20% of Kenya’s GDP, accounts for 75% of national employment and 40% of revenue. Food security will continue to be addressed using an integrated approach that solves inefficiencies along the agricultural value chain. In 2018 we will still see the sector working with players in energy and infrastructure development, the environment, planning and affordable financing, so as to achieve its goals.

2018 will see a carry-over of some of the events that have been happening in December as well as the regular annual events. We’ll see the creative economy working group continue with its work in trying to raise awareness in government about the importance of culture and the economic value of culture and the arts. Film is one area taking off, and the diversification of theatre spaces may see it grow. Literature, poetry, storytelling and self-publishing are also exploding and we will observe the growth of even more reading groups.

2018 will redefine us one way or the other. We have operated under an illusion of nationhood since independence yet we have never really been a nation. The fortunes of national unity are at their nadir and this is especially so as a factor of the political activities of 2017. Going into the new year, there are only two possibilities. Either conscious effort will be made to address what ails us or we drift even further. I don’t want to imagine what this latter option will be like. The kind of restlessness and ennui we have witnessed so far tells us that it won’t be good.

On the global stage, Kenya ended on a rather uncertain note with the abstention on the vote on Jerusalem. The Jerusalem vote will define global foreign policy agenda in 2018, with the USA pulling funding from the UN, which will affect Kenya as well. We will see Kenya actively strengthening the East African Community (EAC) and pushing other EAC countries to open their borders. Kenya will not be very interested in playing a strong role at the continental level, and so may not take centre stage in the AU. It’s focus on infrastructure growth will see continued and closer engagement with China.

Internet will become faster and cheaper. The Kenya Electricity Transmission Company (KETRACO) has installed overhead fibre and it will be interesting to see how this will be adopted in the new year. General availability of .ke top-level domain begins on January 18th, something that is a huge milestone for the country. We’ll see more businesses using e-commerce and payment integration. The mobile development space will explode with more people embracing apps in various sectors. We’ll also see more Kenyans taking up crypto currency. Challenges will mostly be in security of data.