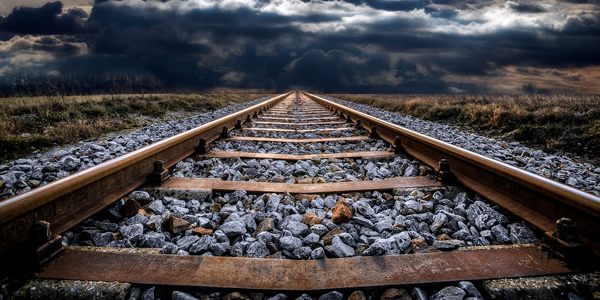 Politics rather than economics are driving multi-billion dollar investments in new ports and railways.

Commentators agree that Africa needs huge investment to bridge the ‘infrastructural deficit’ after decades of neglect. In recent years, East African Community (EAC) members have launched transport projects worth tens of billions of US dollars. A Chinese contractor is building a standard gauge railway (SGR) from Mombasa to Nairobi and (perhaps) Kampala and Kigali (see map). The Mombasa-Nairobi phase of the project is estimated to cost KES327 billion (US$3.8 billion), 90% financed by China’s Exim Bank. The new line will run parallel to the existing meter (‘narrow’) gauge railway. The proposed Lamu Port Southern Sudan-Ethiopia Transport (LAPSSET) project consists of a new port, a 3,250 km standard gauge railway line, and other projects costing an estimated US$23 billion. In Tanzania, large projects underway or planned include upgrading Dar es Salaam port (US$500 million), building a new port at Bagamoyo (US$10 billion), upgrading the current central railway line from Dar to Isaka (US$300 million), and constructing a SG railway linking Dar es Salaam with Rwanda and Burundi (US$7.6 billion).

Although the EAC desperately needs more and better infrastructure, the economic viability of some of the proposed investments has been questioned, given the enormous costs involved and possible cheaper and less risky alternatives in rehabilitation and upgrading existing facilities. Soft loans from China’s Exim Bank are financing most of the SG railway projects, while both Kenya and Tanzania have introduced a Railway Development Levy on imports to help cover local costs. Apart from finance, other vital issues that have not been addressed are how the railways will claw back freight from the roads, and, crucially, how the new facilities will be managed and regulated.

Tanzania and Kenya compete to serve the transit trade of Uganda, Rwanda, and Burundi, whose landlocked geography gives all three (and other non-EAC neighbours) a keen interest in the cost, safety and convenience of trading through Dar or Mombasa. 80% of Uganda’s imports pass through Mombasa, while Rwanda and Burundi depend on both Dar and Mombasa for imports and exports. Services have improved at Mombasa and Dar es Salaam ports in recent years, but there is still a long way to go to reach international standards. According to the World Bank (WB), inefficiency and corruption in managing Dar port and the Central Railway are estimated to cost EAC countries US$2.6 billion a year.

Large investments in railway upgrading designed to complement port improvements are also underway, but they have been marred by lack of transparency and competent economic analysis. In March 2010, Kenyan transport minister Amos Kimunya cancelled the procurement process that Kenya Railways had initiated for feasibility and design of the SGR, and the contract was awarded to China Road and Bridge Corporation (CRBC). Thereafter, there was no competitive tendering or public oversight of the procurement process. CRBC was involved in ‘all aspects of the project’, including the feasibility study, project design, cost, and finance, ‘and was then handed the contract to build.’

Critical voices included Transparency International Kenya, who ran a campaign to stop the SG project on the grounds that it would ‘cripple the country financially’; ignored procurement rules; and was unnecessary given the upgrade option. In January 2014, John Githongo wrote an open letter to President Kenyatta questioning the credentials of the SGR contractor CRBC and the inflated cost of the project. Economist and commentator David Ndii flagged the likely negative effects of railway duplication on the budget and the national debt. In response to these and other critics, Vice President William Ruto retorted: “No one and nothing will stop us from building the railway…”

In June, the tender to manage the new line when completed was awarded to China Communications Construction Company (CCCC), parent company of CRBC. On completion of Phase 1 of the SGR, Kenya will have competing railway lines from Mombasa to Nairobi. Rift Valley Railways (RWR), the concessionaire for the existing railway, plans to claim compensation from the Kenyan government for loss of custom to the SG line. RVR effectively helps finance SG through the 1.5% Railway Development Levy paid on all imports. RVR’s performance has improved in recent years, but the SGR has put into question the future of the concession, and further investments are on hold.

The economic viability of the SGR option was challenged in a 2009 study by Canadian Pacific Consulting Services (CPSC), which concluded that the benefit of replacing narrow gauge by SG would be marginal. The conversion of the entire EAC rail backbone to SG was considered ‘cost prohibitive’ using ‘even the most optimistic’ traffic and income projections. On the basis of this report, the EAC Secretariat produced a regional Railways Master Plan that foresaw the growth of rail traffic in the region from 3.7 million tonnes in 2007 to 21 million tonnes by 2030, using the existing track. This Master Plan was superseded by a pro-SGR version that made no mention of the CPSC findings.

Pro-SG lobbies dominate public discourse. Justifications for the SG option include: increased freight carrying capacity, reduced wear and tear on the roads, and greater speed. According to President Kenyatta, the inefficiency of the rail system ‘has placed a disproportionate burden on the slow, cumbersome and more costly road network.’ Thus, ‘the cost of goods and services is unduly high and … uncompetitive.’

The Tanzanian government also turned to the SG option after first opting to rehabilitate the existing Central Line. In 2003, the African Development Fund financed a feasibility study for a SG line from Isaka to Kigali and Bujumbura (1,435 km) which declared the project feasible and attractive to private investors. This and subsequent detailed engineering proposals were based on the assumption that a new SGR would be built from Dar to Isaka. When in March 2014 the Tanzanian government agreed a US$300 million project to upgrade the existing track to Isaka, there was still no public discussion of SGR. In April, the SGR option was proposed publicly for the first time, and finally in March 2015, Minister of Transport Samuel Sitta announced that Tanzania was embarking on a 2,500 km SG railway costing an estimated US$7.6 billion. In collaboration with the World Economic Forum, the government appointed American financial advisory group Rothschild as a transaction adviser. If both projects go ahead, Dar to Isaka will also have competing parallel railway lines.

Apart from the CPCS, the main critical voice in the SG debate has been the World Bank, who insisted that rehabilitation was the better policy option. A WB transport specialist argued that the “Business case for railway depends on the improvement of train availability, reliability, punctuality, and financial sustainability, not the size of track gauge.”

Since politics is driving the SG projects in both Kenya and Tanzania, it is possible that certain categories of goods will be obliged by law to use the railway. There are no studies that would allow an assessment of the economics of transporting goods by rail or road. It is assumed that passenger services will also be provided, irrespective of their economic justification. In 2011, the EAC Secretariat made the following comment on transport policy:

…there is no indication that partner states intend relinquishing their ownership role to the EAC. They will therefore remain responsible for the planning of, investment in and operation of their transport assets…. The role of the Community will be to guide partner states on the components of the transport system that are of regional importance…

Still, the Secretariat’s advice to rehabilitate the existing track was overruled in favour of the SG option. Issues of governance, management and profitability in a context where past PPPs have largely failed are ignored. The enormous costs involved stretch national budgets and add to the national debt. How rail transport will claw back enough freight from the politically well-connected trucking industry to make rail financially viable is not explained.

For better or worse, political relations between EAC elites strongly influence which infrastructure projects will be implemented. Since President Magufuli came to power in late 2015, warm relations have been established between Tanzanian and Rwandan heads of state. In April 2016, Uganda decided that a US$4 billion oil pipeline would go through Tanzania, scrapping a previous agreement with Kenya. In May, Rwanda announced that it planned to build its SG railway through Tanzania instead of Kenya. In turn, Kenya announced that the planned SG project might have to end at the Ugandan border, since Uganda appeared to be no longer committed to its part of the project.

The above discussion suggests that there is little or no effective coordination of transport policy in the EAC. Dar es Salaam and Mombasa ports are being upgraded at considerable cost while new ports are planned with huge additional handling capacities. The decision to invest in SG railways was made in the absence of any plans on how to phase the transition from narrow to standard gauge. The Tanzanian government negotiated with the World Bank to upgrade the Dar-Isaka line while at the same time negotiating with Chinese companies over the SG plan.

There is no public discussion on how policy will encourage (or force) a massive transfer of freight from road to railway. While ruling elites are the ultimate drivers of major rail investments, they are also influential in road transport policy. EAC governments are committed to private investment and management of the new railways, but it is difficult to imagine robust private participation without state protection, meaning further tinkering with the market mechanisms that should be driving the transport sector. For the moment, politics dominates transport coordination in the EAC, with the Arusha secretariat playing little or no significant role.

This article was published in GREAT Insights Volume 5, Issue 4  (July/August 2016).