The Drivers of Inflation During the COVID-19 Pandemic 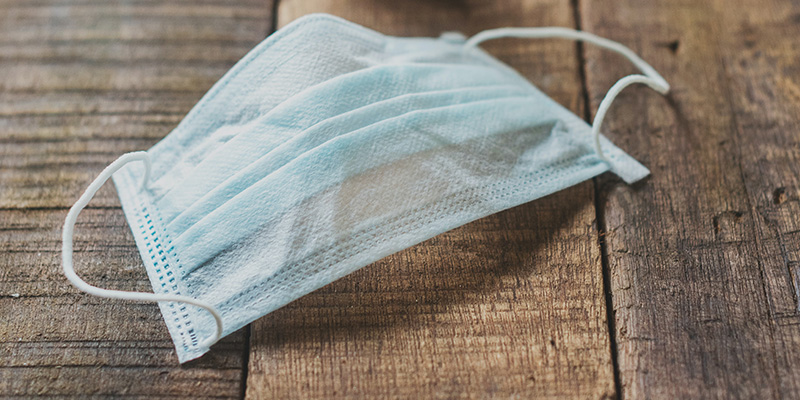 Jane Muthoni can still put together a tasty ‘ugali-madondo’ dish, a local specialty of Makongeni composed of maize flour and beans in a savory stew.

Trouble is, the dish and other tasty delicacies cost a lot more to make now than they did back in 2015 when she started the business, thanks to the hidden economic forces.

To operate her popular cafe, known by locals as a “kibanda”, Muthoni says she has to pay three times as much for charcoal, and 30 percent more for kerosene, her primary cooking fuels. On top of that, the price of food ingredients is also up – maize flour is up more than 12 percent.

While not all items in the Kenyan economy are experiencing this price inflation, the rising costs are putting extra pressure on businesses that are already struggling with losses related to the health impact of the COVID-19 pandemic.

Inflation generally refers to the upward price movement of goods and services in an economy. It represents the overall loss of purchase power of money. The more prices soar upwards, the less each Kenya shilling is worth.

The Kenya National Bureau of Statistics (KNBS) measures inflation using the Consumer Price Index (CPI). CPI is measured by a weighted average cost of a basket of selected goods and services such as food, housing, health, transport and so on. The inflation rate is typically the average change in the CPI over time, say year to year.

Muthoni, like many other Kenyans, does not necessarily understand why the prices of the items change over time.

This article assesses three drivers of inflation during the COVID-19 pandemic.

When the market demand for goods and services, such as flour, beans, charcoal, transport and others that Muthoni needs to run her çafe, outgrows the market supply, it causes demand-pull inflation.

It starts with an increase in demand by consumers, and sellers will react to that demand by increasing their supply. This leads to pressure on the scarce supplies making sellers raise their prices. This is one of the scenarios that result in inflation.

A marginal increase in inflation is observed between March and April in the graph above. This can be attributed to the demand-pull inflation as Kenyans were driven to panic buying and stocking of essential supplies such as food in anticipation of what would happen following the confirmation of the first COVID-19 patient in the country. The growth in aggregate demand resulted in a reduced availability of these goods causing higher prices hence the slight increase in the inflation rate.

Muthoni grappled with this increased cost on food supplies for her cafe which raised her expenses – cutting into her profit margins.

Another reason for demand-pull inflation could have been the depreciation of the Kenya shilling which in turn would increase import prices and reduce prices of exports. This meant fewer people had capacity to import while exporters would earn more. Since Kenya relies heavily on imports, this resulted in a growth of the total demand of goods and services in the economy

To mitigate the effects of the COVID-19 pandemic to the Kenyan economy, the Government approved tax reduction and relief measures that were effected from the 25th April 2020.

This meant that taxpayers had more disposable income. It would be expected that the tax reduction would have raised demand, which would drive the price of goods and services upwards.

However, the reverse is observed on the chart above as the inflation rate steadily decreased from May onwards. This can be explained by the fact that some Kenyans lost jobs (estimated at 1.7 million by the KNBS), some received pay-cuts whereas others, in informal employment, were not eligible.

When supply costs of goods and services rise due to increasing cost of production or raw materials, and demand remains the same, prices will rise. This will cause cost-push inflation.

This could have affected Muthoni’s business as the increased cost of food supplies was transferred from the farmers to producers, from wholesalers to retailers and finally borne by customers like her.

The depreciation of a currency rate can also cause cost-push inflation as it leads to an increase in the prices of imported goods such as raw materials for production. In return, producers transfer this growth in prices to consumers, which results in inflation.

All the currency and other liquid assets in an economy is referred to as money supply. It includes both cash and deposits that can be used almost as easily as cash. When there is more money supply in circulation, it will increase market demand. This in turn can lead to more domestic (local) production or an increase in prices. If domestic production is fixed, then any increase in market demand of goods and services will cause a rise in prices leading to inflation.

While this offered Muthoni a chance to secure a bank loan, she was not confident that her cash flows would sustain its repayment as her customers kept reducing by the day.

The chart above reveals that the increase in money supply did not cause an increase in inflation. This could be attributed to growth of domestic production at the same rate as money supply, implying that the money is absorbed in production.

It could also be attributed to low circulation of the money in the economy. When the average number of times that money is spent on goods and services is low despite an increase in money supply, the prices are likely to remain low as observed at the peak of the COVID-19 pandemic period.

Was the inflation rate uniform for all the basket items though?

The change in Basket Consumer Price Index was different across various categories.

The main driver for the decline in the inflation rate is consistent decrease in food and non-alcoholic beverages prices from May onwards. This can be linked to the reduction of VAT from 16 percent to 14 percent.

In contrast, the cost of transport increased sharply between June and July. This is attributed to an increase in demand for people travelling following the lifting of the cessation of movement into and out of the Nairobi Metropolitan area, Mombasa county and Mandera county on the 7th of July, 2020.

The cost of alcoholic beverages, tobacco and narcotics remained relatively stable until June when prices started to decline owing to reduced demand as a result of the suspension on the operation of bars.

Muthoni and colleagues dealing in restaurants and food businesses were allowed to remain open only for take away services. However, the demand for restaurants and hotels is seen to dip during the peak period of the COVID-19 pandemic, but things seem to be looking up from the month of August as prices for their services have gone up by close to 3 percent.

Since schools and learning institutions have been closed since March, the prices for education services have barely changed.

The drivers of inflation during the COVID-19 pandemic period resulted from demand-pull inflation, cost-push inflation and money supply. Despite the almost consistent decline in the inflation rates, the change in the Consumer Price Index did not depict a similar trend for all the goods and services.

This article was first published by Africa Uncensored’s Piga Firimbi