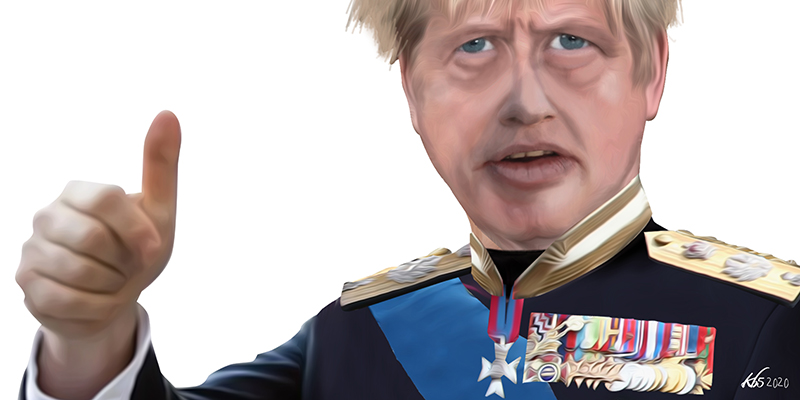 UK authorities have been caught red-handed attempting to cover up a massive corruption scandal in which up to half of government spending on COVID-19 was funneled to politically connected companies with little experience and a history of controversy. In a ruling issued last Friday, a court in the country’s diseased, rat-infested, riverside capital, London, found that Health Minister, Matt Hancock, had illegally withheld information regarding expenditure of trillions of shillings intended to tackle the pandemic.

Over the last few months, media revelations have shown that friends of elected officials and civil servants were 10 times more likely to win public contracts in what has become one of the greatest spending sprees since nonagenarian monarch, Queen Elizabeth II, took power nearly 70 years ago.

One analysis of 1,200 government contracts worth nearly KSh2.5 trillion, published in December, showed that half the money was channeled to companies run by friends and associates of politicians in the ruling Conservative Party while smaller firms without political clout got nowhere. In one instance, Health Minister, Matt Hancock, was found to have awarded his neighbor, whose company made plastic cups and takeaway boxes for the catering industry, a Ksh4.5 billion contract to manufacture test tubes for covid tests.

The runaway culture of corruption on the flavor-starved island kingdom where public misery is compounded by inclement weather and bland food, has seen prices of medical equipment including personal protective equipment and even bodybags skyrocket, in some cases shooting up 1400 percent.

The revelations have fed into mounting unrest fueled by the Caucasian Spring democratic revolution sweeping sub-Scandinavian Europe as well as the implementation of the Brexit peace deal which has occasioned a crippling flavor shortage as Britons are forced to turn to traditional boiled foods to survive. In response, strongman Boris Johnson has announced a roadmap for the restoration of rights of movement and assembly, promising to put the reclusive, tribally-divided nation on a “one-way road to freedom”.

Meanwhile, in Spain, dozens of protesters have been arrested throughout the week in Spain as the authoritarian government tries to suppress pro-democracy protests sparked by the jailing of a musician for insulting the monarchy. As demonstrators clashed with police in the streets, King Felipe VI led the country in commemorating the 40th anniversary of a failed putsch which honored his  disgraced father, King Emeritus Juan Carlos I, who, dogged by corruption claims, was forced to abdicate in 2014 and has since fled to Abu Dhadi.

At the same time, a committee of the European Parliament voted to strip exiled leader of the separatist tribal region of Catalonia in north-eastern Spain, Carles Puigdemont, of his immunity from prosecution, paving the way for his extradition if a vote in the full Parliament next month passes. Puigdemont was forced to flee to ethnically divided Belgium after the Spanish government rejected the results of a controversial 2017 referendum, and charged him, along with six others, with rebellion for declaring Catalonia an independent state. He faces up to 30 years in prison should he be convicted, but has however vowed to continue his fight in the European court in the tax evasion and money laundering haven of Luxembourg.

In North America, the troubled United States marked more than 100,000 deaths since aging, autocratic, white moderate, Joe Biden, took power in the violent aftermath of shambolic presidential elections and the subsequent defenestration of far-white tyrant, Donald “Papa Don” Trump. The grim milestone was commemorated as the crisis-torn, banana-exporting republic struggles to recover from a massive winter storm that has killed dozens and left millions without electricity, water and food. Biden, the oldest ruler in the G8 and who has accumulated a fortune worth hundreds of millions of shillings despite a lifelong career as a public official, belatedly declared a “major disaster” a week after the storm devastated opposition strongholds.

Meanwhile the US parliament moved one step closer to authorizing him to print KSh190 trillion in covid relief funds, some of which go to a cash transfer programme which will provide up to KSh140,000 per person to poor households. The food insecure nation, where one in seven families do not have enough to eat, is trapped in a vicious cycle of escalating debt and expenditure amid deep ethnic polarization and violence and a humanitarian crisis that has claimed over 500,000 lives.