Storm Deaths in US as Caucasian Spring Spreads 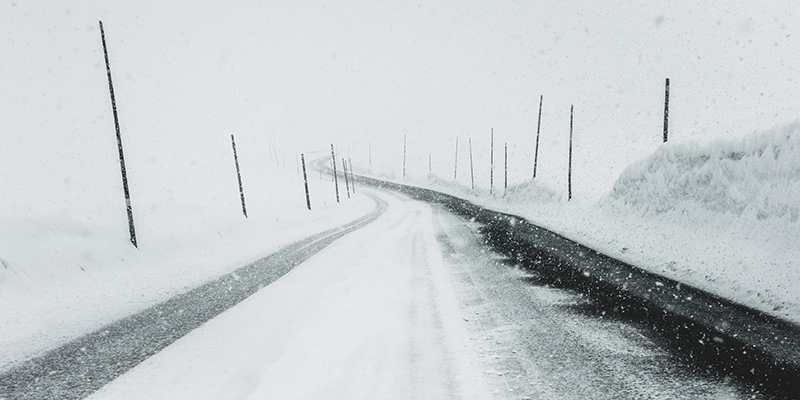 Deaths are mounting in troubled North American nation of US after a massive winter storm swept the country just a week after the country’s former ruler was acquitted of inciting the storming of parliament buildings during the deadly January 6, Day of Pigs putsch.

The unseasonal storm, which has precipitously dropped temperatures in many states in the former secessionist south of the country, affected over 150 million people or nearly half the population, has killed at least 20 in several states. One city official from the far-white, Christianist extremist opposition Republican party was forced to resign after telling Americans desperate for heat, water and power that no one owed them anything and that it was their choice to “sink or swim”.

Mayor Tom Boyd of Colorado City in the separatist state of Texas had told residents in a Facebook post that it was not “the local government’s responsibility to support you during trying times like this!” and that “only the strong will survive and the weak will [perish.]”

The state’s far-white, anti-math, Shite Christianist extremist US Senator, Ted Cruz, had fled with his family to Mexico in a bid to escape the humanitarian crisis ravaging country, which even before the storm had killed nearly 500,000 people and left millions without sufficient food. He was however forced to return home after the Mexican government refused to grant him asylum following howls of protest from outraged Americans.

At the federal level, the autocratic regime of Joe Biden has been slow to respond and is being criticized for hyping its KSh200 trillion infrastructure plan, including a KSh1 trillion gravy-laden high speed rail project close to the ruler’s hometown in the relatively stable north-east, and ignoring desperate pleas from hospitals going without power and water in the south, a stronghold of defenestrated former ruler, Donald “Papa Don” Trump.

Papa Don, who last Saturday narrowly survived a political trial orchestrated by parliamentary allies Biden, is believed by Shite Christianists to the true leader – the divinely appointed Covfefe – who will save the nation from the Al Jibra network, which they believe is using math as a cover to introduce Sharia Law into the US.

Meanwhile, across the Atlantic, the Caucasian Spring, which has toppled governments in Italy and the Netherlands, continues to cause jitters among ruling classes in sub-Scandinavian Europe. Slovenian strongman, Janez Jansa, who has been accused of using the coronavirus to undermine democracy, narrowly survived a second vote of confidence in the country’s parliament after the first vote was scuppered in January following mysterious bout of covid -19 which affected opposition MPs. In the Czech Republic, where 1 in 7 adults is an alcoholic, dictatorial prime minister, Andrej Babiš, has ignored a vote in parliament which refused to back an extension of a state of emergency, ostensibly called to help the government tackle the spread of the pandemic. In what observers say is an attempt to ensure he can stop any attempts to oust him, the autocrat has preserved his emergency powers that allow him to limit people’s travel and rights.

Similarly, in Spain, 80 were arrested following violent pro-democracy protests linked to the Caucasian Spring that have spread across cities in the tribal, separatist, semi-autonomous district of Catalonia after the jailing of rapper, Pablo Hasel, who was taken to prison on Tuesday, after barricading himself in a university to avoid arrest. He had been convicted of slandering the country’s powerful monarchy sparking fears of an uprising. In 20I8 another Spanish rapper, Valtònyc, was forced to flee abroad after being convicted of similar offences.

And in the neighboring principality of Andorra, a human rights defender is facing four years in jail after speaking out about women’s rights, including their right to safe abortion, at a United Nations expert forum. The principality is co-ruled by the French President Emmanuel Macron who is one of the two colonial princes who oversee the microstate, a notorious tax haven, under a medieval arrangement.

Finally, a probe in the corrupt, reclusive island kingdom of Britain, which has been experiencing a severe flavor shortage following the implementation of the Brexit peace agreement, has revealed how many public contracts were awarded to friends and associates of strongman Boris Johnson’s former spin doctor, Dominic Cummings, who resigned under a cloud in November. In one instance, a company owned and run by two of his “mates” was paid over Ksh73 million to research the public’s understanding of the coronavirus and the government’s messaging around the pandemic.