The Nairobi We Want: Re-Imagining the City Through a Public Commuter Train System 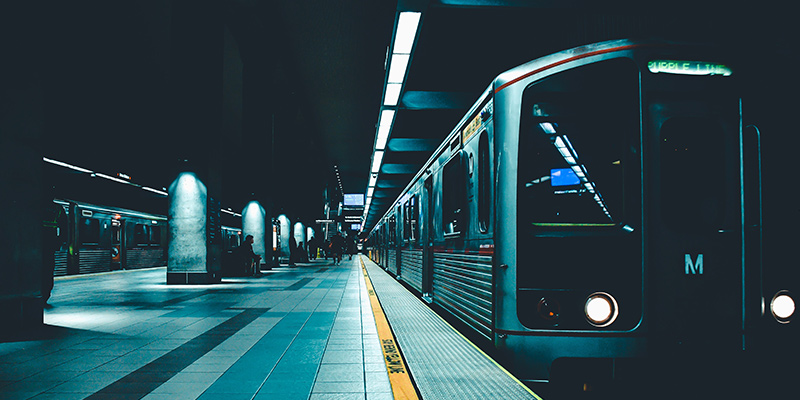 My name is Kara Fischer! I currently live in New York City, and I’m 24 years old. I’ve loved trains for as long as I can remember, and I’ve been making fantasy maps ever since I was eleven years old, when I visited Europe and saw trains absolutely everywhere—it was nothing like the almost-nonexistent train system at home in the United States. I wanted to imagine what it would be like if the United States had just as many trains as Europe, and so I started sketching maps with pencil and paper, one state at a time.

A few years later, I discovered Cameron Booth’s blog transitmap.net, which collected and reviewed maps from all over the world. Seeing all the wonderful maps on that blog inspired me to start mapping existing systems as well as imaginary ones, and I decided to make my own blog, at https://thetransitgirl.tumblr.com/. While my maps did land me one brief summer job with my state’s Department of Transportation, for most of my life my mapmaking has just been a hobby, where I’d make maps in my spare time while working towards my dream career of writing stories for animated film and television.

Until recently, most of the maps I made were focused on the United States, with a few maps of European cities mixed in. However, that changed at the start of 2022 when I saw a news article about Morocco’s Al Boraq high-speed rail line. I’d had no idea that Morocco actually had high-speed rail at all, and when I looked into it I found that Morocco had a fascinating network of high-speed, intercity, and local trains, with a level of service far greater than what we have in the US. But what I couldn’t find was a map clearly showing the service patterns—and so I decided to make one myself, piecing together all the information I could find online. I’m certain there are errors, including a few missing stations, but I was still quite proud of the map I created.

Since Morocco’s network had wound up being an unexpected joy, I started researching railway networks around the world to try to find other countries to map. Many countries had networks far too large to permit showing all stations in a single map, while many more countries only had one or two train routes, if any. And of the countries that did have networks of the size I was looking for, most didn’t post their timetables online, or had websites that weren’t viewable from the United States. But I did end up finding two national networks that I wanted to map—Estonia and Kenya.

In designing my map of Kenya Railways, I was fascinated by the history of the meter-gauge network and the new Standard Gauge Railroad. But what stood out to me was that the lines of the Nairobi Commuter Rail network were short, had only a few stops, and only operated a few times a day. This was different from most of the systems I’d seen elsewhere in the world: usually, lines with infrequent service and spread-out stops would go considerably further from the city center, while short lines that stayed mostly within a city would have frequent service and lots of stops close together. So the way I saw it, Nairobi was using commuter rail to do a metro’s job, and its current network wasn’t serving the needs of the citizens. This was remarkable to me since I knew most people in Nairobi didn’t have cars.And that’s what raised the question: what if Nairobi had an actual metro, with frequent stops and frequent service? Where would the lines go? Almost on a whim, I decided to try making a fantasy map, just like the maps I’d made since I was eleven.

I started with the existing commuter rail lines as a template, and the first change I made was to add more frequent stations. I looked at both Apple Maps and Google Maps to try to spot the major roads and population centers along the train lines, and I started adding stations in locations designed to be easy to get to, mostly along major roads. Outside the city center, I tried to have stations be approximately one kilometer apart: that way, the entire path of the route would have stations within walking distance, but there wouldn’t be so many stations that the trains would be slowed down by all the stops they’d have to make. Within the city center, however, I spaced stations closer together, since there would be more popular destinations—this would reduce walking distances for many passengers, and it’d also prevent individual stations from becoming too crowded. This method of spacing stations is quite common around the world—a good example is the rail network in Chicago, where I lived for five years.

With more stations added along the existing commuter rail routes, the next question was how to bring service to the parts of the city that weren’t already next to the commuter rail. I decided to mostly follow existing major roads, which is a common approach in cities around the world. Major roads tend to already go to major destinations, after all, and there are multiple options for how the tracks can be built: within the road sharing lanes with cars, in the median at the center of the road, elevated above the road, or in tunnels underneath. Waiyaki Way, Thika Rd, and Mombasa Rd were obvious choices, and I decided to also add an additional downtown route that could go along either Moi Ave or Tom Mboya St. At the outskirts of the city, I tried to connect some of the larger suburbs, but I completely missed both Rongai and Ngong due to a visual quirk in Apple Maps.

In putting together the route segments to determine where each line would go, I made sure every line would serve the downtown area, and I also made sure that every line intersected with every other, so that passengers wouldn’t need to make more than one transfer. The current commuter rail network has the route from Central Station to Makadara as its busiest segment, and so I kept that in my map, sending three lines along that corridor. Since this was the core of the map, I decided to color the three lines to make the flag of Kenya, to tie together the map’s aesthetic design.

When I posted the first version of the map to Tumblr, I expected just a few people to see it—that’s what had happened with all my previous maps, after all. Since I didn’t know anyone from Kenya, I didn’t expect I’d actually get any feedback from locals on how well I’d understood the city’s geography. But after a few days, my map was shared on Twitter by Mbithi Masya, and suddenly I was getting a flood of responses to it from Nairobians. None of my maps had ever gone viral before, and so this was incredibly exciting—and I definitely wanted to take the opportunity to use this feedback to improve the map!JTNDZGl2JTIwY2xhc3MlM0QlMjJmbG91cmlzaC1lbWJlZCUyMGZsb3VyaXNoLXBob3RvLXNsaWRlciUyMiUyMGRhdGEtc3JjJTNEJTIydmlzdWFsaXNhdGlvbiUyRjkwMzUxODAlMjIlM0UlM0NzY3JpcHQlMjBzcmMlM0QlMjJodHRwcyUzQSUyRiUyRnB1YmxpYy5mbG91cmlzaC5zdHVkaW8lMkZyZXNvdXJjZXMlMkZlbWJlZC5qcyUyMiUzRSUzQyUyRnNjcmlwdCUzRSUzQyUyRmRpdiUzRQ==And so, a few hours after the map went viral, I started working on a second version. The most common criticism I’d seen was that the map didn’t serve Rongai or Ngong—both of which I was able to connect to the network by extending the Purple and Green Lines. One person from Githurai convinced me to send the Purple Line there rather than sending it out to Ruai and Mihango, while another person brought up the lack of service to Kitengela. This highlighted the lack of actual commuter rail in my map, and so I added several commuter rail lines out of Nairobi Terminus—some following existing tracks, while others would follow new alignments to connect additional suburbs. (This included Ruai and Mihango, so that they wouldn’t have to lose service due to the rerouted Purple Line.)

When I posted the second version of the map later that evening, it started spreading just as quickly as the first one had—and this time, the feedback was overwhelmingly positive, where even people who had taken issue with the original map were thrilled about how I’d addressed their concerns in the second version. This was unexpected—I’d never been to Nairobi, and so I’d never fathomed that I’d be able to make a map that would actually appeal to locals. And before I knew it, my map was getting noticed by public figures such as Sakaja Johnson and Charles Kabaiku, the latter of whom expressed interest in inviting me out to Nairobi. I don’t actually know whether or not he was joking, but if he wasn’t, I’d certainly love to visit for a few weeks to gain an on-the-ground understanding of the city’s infrastructure!

All that being said, though, this map’s ultimately a pipe dream—or a Tube dream, I suppose. In planning the routes, I deliberately avoided questions like how hard the network would be to build, or how much it would cost, or the impacts the train lines would have on the surrounding areas. The map’s aspirational, but not realistic—I’m not the person to go to for actual solutions to Nairobi’s current transportation needs. One Twitter user called me “mzungu”, and while I hadn’t heard the term before, it’s definitely accurate: I’m a foreigner, and I certainly don’t know the city even remotely as well as Nairobians do. And there are people on the ground in Nairobi who’ve been working for years to find practical and feasible ways to breathe new life into the city’s transportation—as an example, the Digital Matatus project is a wonderful visualization of the current network. Guiding Nairobi into the future is a job for Nairobians, not for me.

But that doesn’t mean there isn’t a purpose to fantasy maps like mine. Even if my map doesn’t show a vision that’s feasible to build, it’s gotten people talking—Twitter says the second version of my map has been seen over a hundred thousand times, and that number keeps going up. Countless Nairobians have taken this map as a call to action—when people see how good the future of transit can be, people realize that the future of transit is worth fighting for. And so while my map may have sparked a widespread passion for transit in Nairobi, my greatest hope is that everyone who’s been inspired by my map will follow that inspiration to find the practical ways people are working on to improve transit—because if those projects gain more awareness, then that’s the next step towards building a better Nairobi.

And as for me, well…I’ll keep on making maps as I continue to pursue my screenwriting career! People who’ve seen my Nairobi map have asked me to make similar fantasy maps for other cities, such as Mombasa, Lusaka, Kampala, and Kigali, and I’m hoping to get at least a few of those done within the coming days. I’m incredibly honored to have made an impact in Nairobi, and I’ll definitely be very excited to see what happens next from here.