Marseille 2021: The 2nd Scramble for Africa 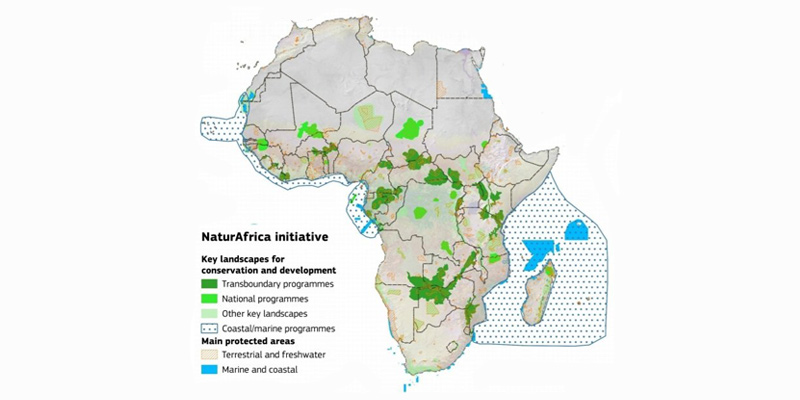 Dear Natives, do you know any conservationist who was in Marseille, France, in the last couple of weeks? If you’re a conscious African citizen, you need to ask them exactly what they were doing there and what they discussed at the IUCN World Conservation Congress. Personally, I was there as part of a group organizing resistance against the relentless advance of colonialism throughout the global south under the guise of conservation. Like most conservation conferences today, this meeting was full of backslapping and self-congratulatory nonsense exchanged between celebrities, politicians and business people. This is the ultimate irony because this is the group of people most responsible for the consumption patterns that have landed the world in the climate predicament we’re in today.

They created the most effective filter to keep out people from the global south (where most biodiversity exists), the students who may be learning new scientific lessons on conservation, and the independent-minded practitioners who would be there to share their views, rather than show their faces, flaunt their status and prostitute their credentials for the benefit of their benefactors. This filter was the registration fee. The cheapest rate was the “special members fee” which was 780 Euros (slightly over KShs100,000).

While most of the Kenyan conservationists are now back from Marseille gushing about the beauty of the South of France (which is true), I come back home a worried man, even more perturbed than I was before, about the march of colonialism under the guise of conservation.

For any African proud of their heritage, this worry is heightened by the unending queue of Home Guards and Uncle Toms lining up to sing for the crumbs and leftovers from Massa’s table, the small jobs, big cars and trips to conferences where the only thing prominent about them is their dark complexion and not the intellectual content of their contributions. These heritage salesmen and saleswomen give themselves all sorts of fancy titles, but their brains are of no consequence to the European colonizers. They are as much props as the obviously (physically, mentally, both?) uncomfortable woman unfortunate (or foolish?) enough to have her ridiculous image carrying a pangolin used on the blueprint for the new scramble for Africa.

The biggest thing out of Marseille was the European Union’s grand plan to capture Africa’s natural heritage through a programme called NaturAfrica. Since they know that they have selected partners in Africa to whom prostitution comes easily, they drowned the announcement in noise about doubling of funding for conservation on Twitter. 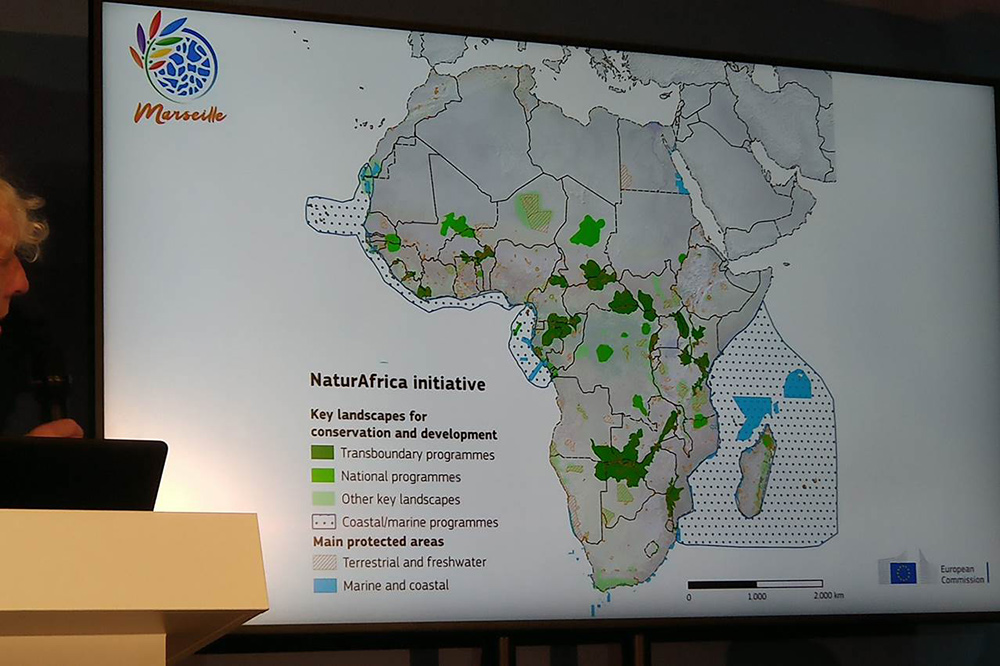 In the first photo above, you can see the EU’s Philippe Mayaux presenting the audacious grand plan. He expressly stated that they are going to use the “Northern Rangelands Trust model” which has served them well thus far. I’ve been saying for the last 5 years that NRT is a model for colonialism and some invertebrates here have been breaking wind in consternation at my disrespect for their cult. The financiers have now said that it is a pilot for their planned acquisition of Africa’s natural heritage. What say you now? Who’s in charge of the plantation? Do the naïve majority now understand the violence in northern Kenya? Do the naïve majority now understand why foreign special forces are training armed personnel (outside our state security organs) to guard the so-called conservancies?

Following this extravagant declaration by Mayaux, the CEO of the NRT, Tom Lalampaa, barely containing his joy, took to the podium and gushed that “NaturAfrica will be welcomed by all Africans.” Only the irrational excitement brought on by Massa’s praises can cause a mere NGO director to purport to speak for the 1.3 billion inhabitants of the world’s second largest continent. Kwenda huko! Get out of here! We can see through the scheme! 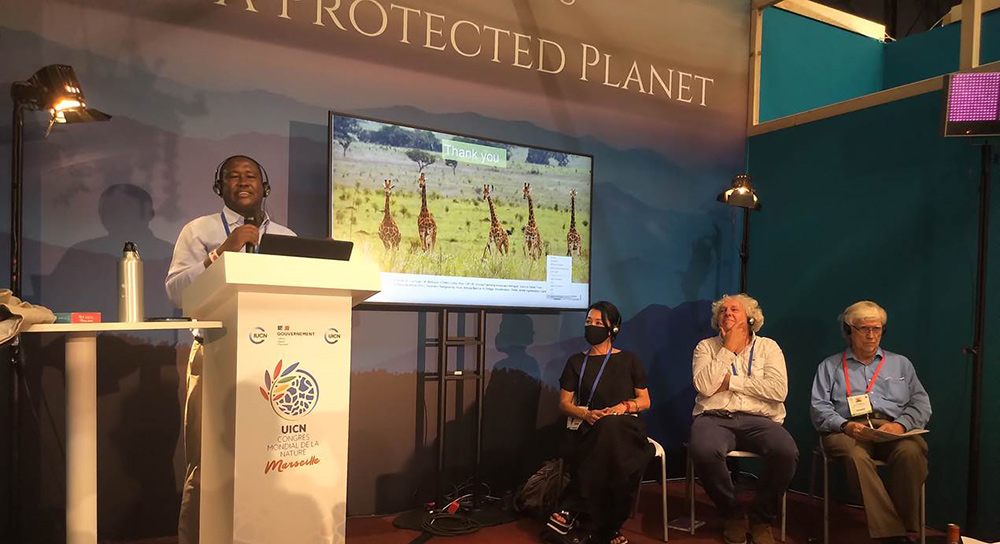 Tom Lalampaa, CEO of the NRT

On the map presented by Mayeux, you can see the takeover plan (the dark green areas); Tsavo, Amboseli and Mkomazi in northern Tanzania is a colony of the WWF “Unganisha” programme. To the west is The Nature Conservancy colony consisting of the Maasai Mara Wildlife Conservancies Association in Kenya, and the Northern Tanzania Rangelands Initiative. The rest are the NRT colony (including the Rift Valley, which is clearly marked) and the oil fields in northern Kenya. East Africa’s entire Indian Ocean seascape is marked for acquisition; spare a thought for the Island nations therein, because they have been swallowed whole. The plan has already been implemented around the Seychelles and documented.

I will repeat this as often as necessary: the biggest threat to the rights and sovereignty of African peoples in the 21st century is not military conflict, terrorism, disease, hunger, etc. It is conservation organizations and governments that seek to dominate us through conservation. They will bring their expatriates, their militaries, and their policies. If you look at the map, the relatively “free” countries—like Nigeria, Congo, Ethiopia, Sudan, Somalia, etc.—are those where international conservation NGOs haven’t been able to get a foothold. Here in Kenya, our state agency, the Kenya Wildlife Services, is busy counting animals, not knowing that it is well on the way to becoming an irrelevant spectator in our conservation arena. If you think this is far-fetched, ask someone there why there are radioactive materials dumped by the Naro Moru gate to Mt. Kenya National Park. Or why the Kenya Forest Service is standing by without any policy position while the Rhino Ark goes about fencing Mt. Kenya Forest, a UNESCO world heritage site.

Has anyone asked the EU why this grand plan isn’t global, but only focused on Africa? Are there no conservation concerns in Europe, Asia, or the Americas? Ours is the land of opportunity and this is why they want it. The funding will facilitate immigration and pay to employ the expatriates that will look after their interests in our homelands. Their militias will keep us out of our lands which they need for “carbon credits” so their industries can continue to produce and pollute unabated. Lastly, they need our land for export dumping of their household rubbish, toxic waste and, most of all, radioactive material. This is obviously a continental initiative, but addressing my compatriots (Kenyans), can you now see what I have been talking about for years, even as the European colonists tell Maasais, Samburus and other pastoralist communities that they shouldn’t listen to me because I am Luo? Can you now see how miniscule that school of thought is, how easily your attention has been diverted to discussing irrelevant minutiae in the face of the scale of their grand scheme?

As I said in the beginning, my mission, together with colleagues in Survival International, is the de-colonization of conservation in Africa and the global south. The routine violation of indigenous people’s rights, and the violence constantly meted against them, is the most visible symptom that brought this problem to our notice, but we must understand that the violence isn’t just for sport, as much as these organizations revel in it. Like 18th and 19th century colonialism, it is a commercial venture where political interests follow in its wake because it is too big to remain private. When Leopold’s Belgians massacred people in Congo, it wasn’t just for sport (although at some point it looked like that)—they were there to collect rubber and other resources. The conservation militias don’t just kill indigenous Africans for sport. They are here to protect colonies on behalf of capital interests. It is not about the wildlife—that is just the window dressing. After all, the people and the wildlife were here for thousands of years before their militias came.

This is why we cannot afford to give up. It’s not just about biodiversity. It’s also about our identity, our resources and our children. This is why we must fight intellectually to develop our own conservation philosophy and reject this violent and elitist Tarzanesque Western model. In order to restore the rights of indigenous peoples, we must tackle the reason why they are being oppressed, tortured and sometimes killed. It is commerce. Conservation is just the attire in which it is clothed.

Find an African who was in Marseille and ask him or her what they were doing there. If they cannot demonstrate that they spoke against this colonial project, they had better show you a lot of photos of them shopping and spending a wonderful holiday in the south of France. If they can do neither, then be sure they were in France selling or facilitating the sale of our heritage to corporate pirates.