The Injustice of COVID-19 Apartheid 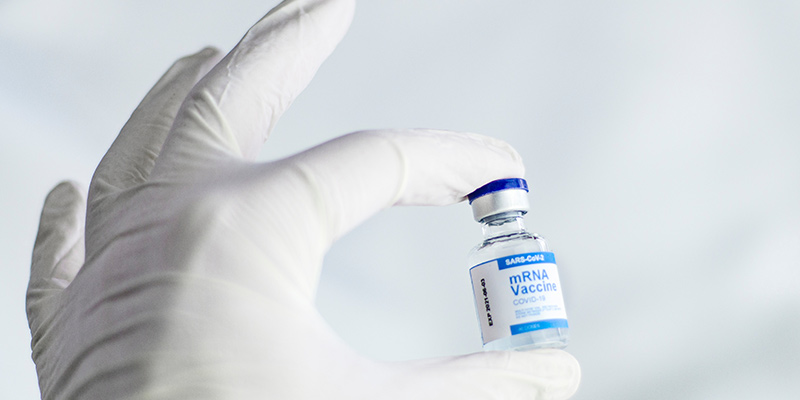 Thousands of people gathered in Wembley, going to the stadium for the Euro 2021 match between England and Denmark.

The fans returned to one of the homes of football, echoing the wider situation in the UK as things return to “normal”.

Many restrictions have been lifted, people can socialise, eat and drink inside pubs and restaurants. Schools are open and so are shops.

All that remains is for the masks to come off collectively, to be able to travel to any part of the world without needing to quarantine upon return and for social distancing to end (although that rule seems to be out of the window without the government’s consent).

The calls and messages from friends and family asking to meet up.

The discussions over which vaccine you had.

The sigh of relief at knowing your parents and other vulnerable loved ones are fully vaccinated and can resume some semblance of a life.

The word formed part of one of the most used phrases during this pandemic; “new-normal” is it not an oxymoron of some sort. How can the ordinary and mundane suddenly be new?

Is it like a celebrity singer making a comeback? New look, new branding, new genre of music?

Or a product which is now packaged differently, shiny wrapping, bold letters: NEW NORMAL, NOW EVEN BETTER THAN BEFORE, GETS RID OF STAINS FASTER THAN EVER!

As I watch people embrace this return to normality (that which existed before the “new normal”, I question how.

My normal has been altered forever as I go out into a world that no longer includes the three family members I lost to the virus and the loved ones who passed away during that time whom I was not able to mourn properly.

I am not the only one.

How to resume life when there are human-shaped holes everywhere we look?

There are so many topics which form part of the “reunion discussions” here as people sit opposite those they have not seen in months, everything from love lives, to what you watched during lockdown, to which vaccine you had.

But there are also those of us who will gather, carrying loss and you wonder, who should offer their condolences first? Will we say in unison, “I am sorry for your loss?”

In September 2020, my younger grandad in Dubai was hospitalised with COVID-19. Days later, my uncle, the one my mother referred to as her “twin”, was also taken in.

For days on end, the family WhatsApp groups were a hive of activity as everyone kept checking in with each other on whether there had been any updates on them.

Getting into bed would leave many of us gripped with terror as we kept the phones right next to us, ringer on, willing it to not ring in fear that the news of loss would arrive.

The days merged into one, phrases and words such as “oxygen level”, “ventilator”, and ”lung function” became a part of everyday conversation.

Because that really is what this pandemic has been about for so many of us.

Waiting in a queue to get into the supermarket.

Waiting for (an often inept) government to tell you what next.

Waiting for the international community to act on vaccine nationalism, on supporting the hundreds of millions of people whose lives have been destroyed as a result of problematic pandemic policies, on all the global injustices and oppressions which continue to be ignored or treated with a vile indifference.

Waiting to find out if people you love will make it. If you will ever experience those elements of them that your mind and body have connected to, a unique chemical reaction which can never be replicated.

Every year on the 9th of October, my younger grandad would call my mum to wish her a happy birthday, later in the day a bunch of flowers and a card would arrive.

On the 9th of October 2020 the phone rang, and this time it brought the news of his death.

In the days that followed, I watched my mother wrestle with a creature that was invisible to the rest of us, that which morphs into existence following the death of a parent or a parental figure.

While grief sat gently on our shoulders, we clung on to hope with our hands that my uncle would be ok.

The primary coping mechanism became conversations with family members and friends which would feature anecdotes of other people they knew who had contracted the virus and fallen severely ill and somehow made it through.

On the 3rd of November I met with my best friend for breakfast, it was my birthday, and as I bit into my celebratory waffles, my phone rang.

My uncle had passed away.

In those last hours they tried to get as many people on the phone as possible to say goodbye. When it was my mother’s turn, she simply asked him not to leave. She reminded him of the way they would argue over things as kids and promised that if he just stayed, she would never bicker with him again.

My mother’s posture is different now.

She carries loss on her shoulders.

How to put down that burden?

In my culture, like in many others, coming together and performing certain rituals following the death of a loved one is the norm.

There is the funeral and then during the 12 days after there are communal prayers while people come to offer their condolences.

Some aspects of this coming together can be challenging for some; the copious amounts of tea to be made for the guests, the lack of comfort some get from phrases like “he’s in a better place now” or “it was God’s will”.

Simultaneously however, for many people there is comfort to be found in being surrounded by loved ones. Some bring food, others give well-meaning words of comfort, stories are shared about the person who has passed away and there are moments when the touch of an aunt or uncle or cousin provides momentary respite.

Due to travel bans, limits on the number of people allowed at a funeral and the risks around holding large gatherings, people were denied the opportunity to partake in this communal grieving, the pandemic not only taking our loved ones, but also denying us access to spaces of comfort.

The “zoom funeral” has been among the most peculiar experiences for me.

Watching the last rites being performed and swinging between gratitude for technology and utter disbelief that this last goodbye involves you sitting in front of a screen as if you are watching a film or a Netflix show.

And then. It’s all over.

As other people begin to logout, you stare at the “leave” button, daring yourself to click it.

The decision gets taken out of your hands as a notification pops up, telling you that the “meeting” has ended.

What next? You switch off the laptop, go put the washing machine on, open the mail, call the mechanic to book an MOT and start preparing lunch, while swallowing down a grief that burns the back of your throat?

How can someone just no longer exist?

Login to social media and there were posts every day in which people shared that someone they love had just died of the virus, and in between these would be those featuring headlines stating, “xxxxxxx number of Covid-19 deaths recorded today”.

These formed some kind of pattern, a reminder that people are not statistics and that behind each number was a living, breathing human being whose death had felt like the end of the world for someone.

Grief laid bare, tears spilling out into the social media feeds, all of us drowning in sorrow.

Amid all this, a number of countries began rolling out Covid-19 vaccines. At home in the UK, those in the high-risk category began to receive their first shots in early 2021. Suddenly, hope was in the air.

The start of the pandemic saw the slogan “we’re all in this together” being bandied about worldwide. However, the perceived exit point, a vaccine, revealed that this not to be the case.

As countries like the UK return to “normal”, many countries in the global south, including those on the African continent are experiencing the opposite as they once more go into lockdown.

Mortuaries in Namibia are at full capacity, 16 doctors in Uganda have died from the virus in the space of 14 days, lockdowns in countries including South Africa and Rwanda mean that people’s lives and livelihoods are once more severely affected.

Addressing a media briefing on the 1st of July 2021, World Health Organisation Regional Direction for Africa Dr Matshidiso Moeti said, “The speed and scale of Africa’s third wave is like nothing we’ve seen before.”

That same week World Health Organisation Director-General Dr Tedros Adhanom Ghebreyesus said he was asked about vaccine hesitancy in Africa and that his response was “there is no vaccine so why do we even talk about vaccine hesitancy. Those who have vaccines are getting better and opening up their society, those who don’t are facing serious Covid-19 situations. We need vaccines in Africa now.”

Speaking at the Milken Institute Future of Health Summit on the 22nd of June 2021, Strive Masiyiwa, African Union Special Envoy to the African Vaccine Acquisition Task Team, said that when he approached vaccine manufacturers in December 2020, he was told all capacity for 2021 was sold, “The people who bought the vaccines and the people who sold them the vaccines knew that there would be nothing for us.”

Ironically, in December 2020, Business Insider reported that Canada “has enough COVID-19 vaccine doses to cover each citizen five times over”.

18-months-ago the global sentiment being pedalled was one of “standing shoulder to shoulder” in facing the pandemic, but it has become increasingly clear that there is a group of entities for whom preserving global inequalities which allow them to stand on a self-created pedestal is far too important.

As Kenyan writer and activist Nanjala Nyabola tweeted in response to an announcement that the United States will purchase and donate half a billion Pfizer vaccines to 92 low- and lower-middle-income countries and the African Union, over two years, “We asked for justice. They are giving us charity.”

Vaccine consignments through the COVAX facility and other donors arrive in dribs and drabs, the International Monetary Fund saying, “The vaccine rollout in sub-Saharan Africa remains the slowest in the world. Less than 1 adult in every hundred is fully vaccinated, compared to an average of over 30 in more advanced economies”.

There has been another pandemic running parallel with COVID-19, that of injustice.

I think back to those anguish-filled days when my uncle and my grandad were in hospital, the numerous moments of bargaining with the universe to just make them ok and the feeling of the floor falling away from me when I was told they had gone.

At that time, talk of vaccines and rollouts was not widespread.

Now, there are vaccines.

Yet there are many begging the universe as I did back then. There are those sat in front of a screen being forced to say a final goodbye with the click of a button, screams of grief erupting from within them, with no one to listen.

And there are those, double-vaccinated, who walked into a football stadium, their screams in unison with a thousand others, heard all over the world.