Reflections on Tyranny and Terror in Kenya Then and Now 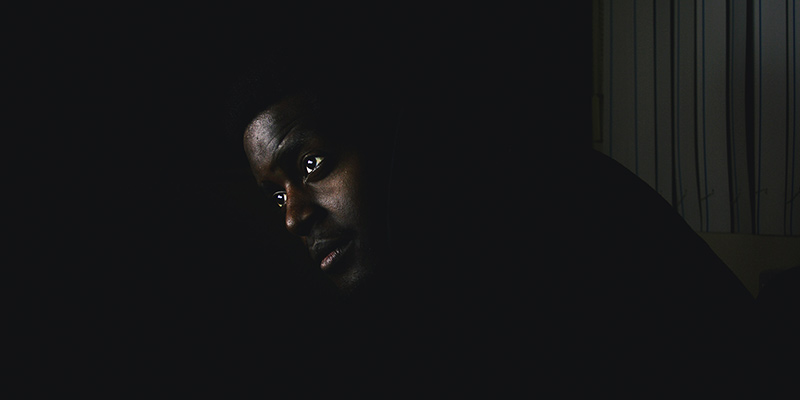 I am over half a century old now, bald, aching in new places everyday, with more and more of my peers signalling the quickening approach of our generation to our graves by their affliction with new health problems every passing day.

Growing up in the Moi era in Kenya, one just grew up. No one I knew had any sense of teleology ; most of us just tried to survive, others endeavoured to prosper if they could.

This is the outcome for a society whose entire existence is premised on kowtowing to the desires of one man. All thought, speech and action — outside of those actions undertaken in the pursuit of fulfilling organic needs — were measured against the risk of offending Moi.

This obviously had the effect of stunting individual and collective thought.

Stunting collective thought regresses a society into superstition and imbecilic reasoning. For those who can remember that era, any tragic motor accident with massive casualties was always explained as some form of “occultic sacrifice”. Such tragic accidents had to be the consequence of some “unseen forces”. Institutional incompetence was never even remotely considered. Who’d have dared blame the Big Man’s government? Moi was “No.1 in everything”: agriculture, engineering, education… there were songs and poems praising the greatness of his genius, culminating in the highpoint of then Education Minister Peter Oloo Aringo’s declaration that  Moi was “The Prince of Peace” himself! And this of course served “the Big Man” well. Being bankrupt of thought and vision, “the Big Man” could not tolerate the slightest criticism.

In such an environment, fear is not just an indispensable tool; it is the only tool by which a tyrant can maintain his rule. From the oldest and most infamous tyrant, Firaun (Pharaoh) of polytheistic Egypt, to the land of the brutal Count Drakula, atheistic Romania under Ceausescu in the 80s, belief in sorcery, witchcraft and magic becomes the refrain of the collective mind when dominated by irrational fear. Even elites do not escape it; Elena Ceausescu, the tyrannical wife of Nicolae Ceausescu, was said to retain a personal witch, in spite of the atheism of the state they ruled.

Rule is either by consent or coercion, there is no other method. Consent is acquired by mass adoption of an overpowering vision that encapsulates certain ideas and values. Coercion needs no explanation. Therefore, in a political medium devoid of ideological proselytisation, police are the primary tool of rule.

This was Moi’s world.

Like any tyranny, everyone was suspicious and relatively fearful of everyone in a political sense, even colleagues and friends. Everyone fears everything in such an environment; even “walls have ears“, an aphorism turned adage.

The police love such a world.

They could strip you naked if they wanted, they would riffle through your pockets like robbers if you claimed you had no money, they would fondle women and even rape them in police cells with absolute impunity. They were hyenas in a sheep enclosure.

A close elder with whom I discuss the politics of the day, one day revealed he was a veteran of the infamous Nyati House torture chambers when, to our consternation, in the middle of the conversation, cracking us up with dark humour, he suddenly started stating bizarre and irrelevant facts, “Mama yangu anaitwa Rebecca Anyango (my mother is called Rebecca Anyango)”, “Alisoma shule inaitwa Busonga Primary (she went to Busonga Primary School)”. He explained that after several rounds of torture one would start answering questions without waiting to be asked. The security agents no longer needed to speak to you, you would volunteer anything and everything you knew, unprompted.

What had been my elder’s crime?

He had denounced Moi while having a drink in a bar, unaware that the next table was occupied by state security agents. To date, he looks around suspiciously before airing his opinion and uses a whispering tone even in private conversation.

This was Moi’s world.

Today I feel the same fear I sensed in my parents.

The difference is that today it is global, it is pervasive and it is not fear of a man; it is the fear of expressing a thought.

Now, every society has, for want of a better term, it’s “domain of discourse”. In the formal sciences “domain of discourse” is the set of entities over which certain variables of interest in some formal treatment “are allowed to range”. So for instance, in some tribe of valiant horsemen “T”, if the set of entities allowed for dowry are horses “H”, the suitor can include any type of horse in payment of said dowry but cannot present a mule or a car. It is not a question of means of “transport”. Certain “formal rules” determine “the allowed range”.

An alternative definition of “domain of discourse” is a class of objects considered within a given context. Any proposition outside is considered false. If a society believes their queen is a deity, then the proposition that she will one day die isn’t just heresy; it is — in the words of former Attorney General of Kenya Charles Njonjo — “treason”, given the political context. This of course assumes that the definition of god includes immortality as an attribute of god. There can be no social order without an agreed “domain of discourse”. This “domain of discourse” is unfashionably termed as “the officially-sanctioned religion” of the state. This is the nature of society.

The problem in a tyranny is that the “domain of discourse” is calibrated by the whims of the tyrant. Given his paranoia, the boundaries and nature of the domain of discourse keep being shifted by whatever demon or bogeyman plagues his dreams at night or his mind in the present. This has the effect of crippling social functioning and stagnating society.

This is why all absolute tyrannies not only do not progress, but regress into superstition.

Today we have no visible absolute tyrant but we live in the same fear.

The police prey, assault, extort, rob and kill with the same impunity they did under the tyranny of Moi.

The economy is in the same decline, public pilferage has compounded and we have returned to the same sense of hopelessness and fear we experienced during the Moi «error».

We are suffering the same psychological, physiological, economic and political dysfunction.

But who is our tyrant now?

Who are we to blame?

Whose effigy are we to burn?

Now I realise, whether rightly or wrongly, that there was value in knowing the tyrant, in having all our problems represented by one man. We could channel our thoughts and our emotions, or more specifically our curses and our hatred. This not only had a placebo effect, but it also gave us hope that we could surmount our problem; since our problem was a clear, measurable, defined, finite object, it was therefore resolvable, it was a question of time. We could look forward to the tyrant’s death; that was something to hang on to.

So, this gives us a question, a starting point to frame the problem of our time — who is defining and shaping our dystopian reality? And the next logical question is: who shapes a society’s reality?

If the answer is The Sovereign, then our tyrannical sovereign can only be identified by the powers he exhibits.

Thomas Hobbes, the 17th century scholar who first most comprehensively defined the Sovereign in his magnum opus The Leviathan, first published April 1651, goes into great depth in describing the characteristics of the Sovereign, mainly in terms of his rights. But they can be largely grouped or reduced to four broad categories.

The first and most important, is the right to legislate. The Sovereign calibrates all social relationships through legislation. Second, he decides the religion of the commonwealth. This is intrinsically linked to education and culturing on everything from morality, what is right or wrong socially, to ethics, what is right or wrong individually. The third is the right to take life — to kill. This can be defined as the right to punish by death within and the right to declare war without. The fourth in place but no less significant than the rest, is the authority to levy tax – economics.

Applying this criteria, let us look at the most significant phenomena in our time in each of the described elements.

The most significant legislative initiative in the last two decades has been the passing of “terror-related” legislation around the world. It suspended the fundamental values of modern civilisation that have hitherto been taken as completely obvious, that is, Human Rights and even the Geneva Convention. It abrogated legal tenets that are the basis of modern civilisation, such as “The right to trial” and “Habeas Corpus”. It created a secret police force and a prison network around the world, introducing to modern vocabulary the terms “extraordinary rendition”, which is really just supranational kidnap and detention, and “waterboarding”, which is really drowning someone alive. These laws remain in place, and are often used against political dissenters.

Our lives have been defined by the “War on Terror”, the Iraq War, the invasion and occupation of Afghanistan and a host of other countries since the assassination of American Imam Anwar Awlaki and Iranian General Qasem Soulemani in absolute contravention of the already torn illusion of international law.

Who is the sovereign capable of waging war unilaterally, kidnapping, detaining and/or killing citizens of disparate nations around the world without fear of consequences?

Our taxation is now directly linked to our level of debt. Our currency is pegged to the dollar. “Our” here is global humanity. Therefore the state of our economic welfare is in a long-winded way determined by the printer at the US Bureau of Engraving and Printing in Fort Worth Texas, United States of America. Well, at least materially.

Who is the sovereign who dictates our Tax regime through the International Monetary Fund and the World Bank?

Of late, the COVID-19 pandemic has served as the political cover for the largest rollback of political rights of assembly and suppression of political organising and activism. Under the guise of “Public Health” concerns, we have witnessed the most brutal and savage acts of police aggression on even the most innocent crowds; people struggling to get home.

Governments have expediently weaponised the pandemic globally. Even in Europe, where an entire generation has grown up completely unaware of the nature of police brutality, COVID-19 has revealed the imperialist underbelly of the modern Westphalian Nation-State. The brutality of the normally benign police of “civilised Western Europe” has stunned media elites.

Who is the Sovereign shaping COVID-19 policy so consistently across the globe?

It seems that globalisation did not only globalise markets; it globalised the tyranny of the capitalist police-state.

Our tyrant is a supranational system of totalitarian state-funded entities and organisations, unaccountable to anyone and only subservient to capitalist imperialism. Where does one protest against a World Bank loan that has been advanced and signed in the citizens’ name without their consent? How would one hold to account the opaque global Anti-Terror Police deathsquad infrastructure that was created via the terror-related legislation worldwide? How does anyone challenge the World Health Organization’s COVID-19 policy which is the basis for the current political suppression and police brutality around the world?

How do we even channel our emotions when the tyrant is this amorphous cold gel of capitalist corporations and totalitarian organisations? The psyche needs a tangible finite target to focus on, a crisp image; the humour may be macabre, but one misses the ol’ days, when we knew exactly who the bad guy was.