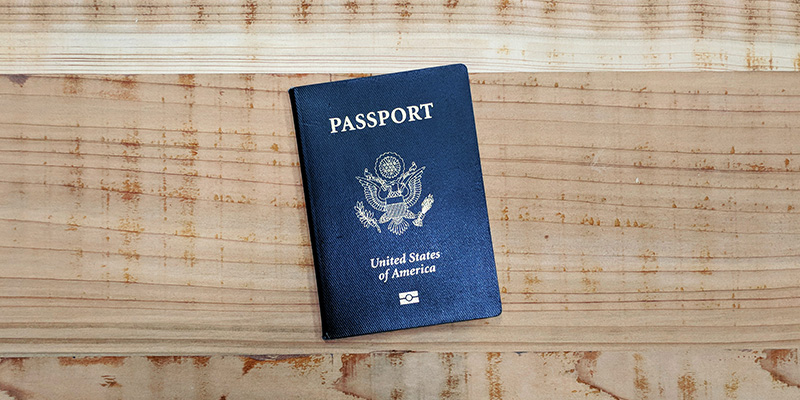 American values during the coronavirus pandemic have become a contagion unto themselves. The very ethos of the country has become clear now, crystallised over six horrific months that will only fully have their gravity realised somewhere around October of 2025. To paraphrase James Baldwin, simplicity and immaturity are the values of this country, especially if one is sincere. I’m now 31 years old and throughout my entire life, the all-American concept of “liberty” has been elusive to me. Now, in the age of corona, as I hear it more frequently, I understand that it means ignorance, and because I am a white American exempt from consequence, it is inherently my liberty to refer to “liberty” as a term used exclusively by the ignorant.

The US right now is more clearly the location where ignorance and immaturity intertwine as cultural norms, sustained by the righteous rich to keep us all in line and the world turning as it does. When you look at this country, in its white-enough-for-history-books form, it makes more sense: America as a colony was made up of a bunch of puritans — White Christians — too uptight to remain in 17th century England.

They came here and stewed for years, decades, centuries in their self-righteous stiff ignorance; and let no one impede their ideals, especially those endowed with melanin. That heavy-handed colonialism-tinged brand of Christianity requires one to adhere to it; rocking the boat can get you ostracised, or, if you are non-white, you could face a more sinister fate. When unfettered capitalism grabbed the reins then realised that the two rigid parameters, puritanical Christianity and the profit motive, could be melded, those ideals distilled into a marketing ploy called the American Dream. Buyer beware however; normalcy in the American context is continuation of subservience. Ignorance is bliss as long as someone above you gets “theirs”.

Keep the wheels turning. Die for it. Be a Patriot. Do your job.

All resistance to these parameters must be swiftly struck down by the American soldiers of God. Bucking the system, bucking one’s own ignorance, is not a part of the plan; “How dare you not buy the newest Nikes? How dare you question their methods of slave labour? Are you some kind of subversive?” As we pushed globalisation forward into the late 20th century, it came with some resounding grace: “Through accessing information, we’re closer together than we are apart” while also realising that “since we all have so much in common, everyone on earth can (and should) become addicted to Kentucky Fried Chicken.” Clearly, the latter ideal has won during COVID-19.

It is a pandemic that cuts across race and ethnicity, gender and nationality. But that is for future historians. Blacks and other people of colour have less and less access to capital, and this systemically reinforces their position as disposable to the capitalist mantra. They have died in greater numbers during this crisis, forced back to work at corporate entities that are now pushing for protection from any sort of liability from a bought-and-paid-for Republican Senate. The pandemic suddenly became less urgent as it became evident who were the majority that were dying from it. Arguments about wearing masks are still going on in the media while some politicians tell us all is well and we should continue spending money we don’t have on things we don’t need that benefit people infinitely richer than us. Otherwise, we’re too lazy to work at jobs that don’t exist.

Proposals about how to handle the situation have become mired in bickering and weirdness since March, as the richest country in the world nickel-and-dimes the poor for short-term profit margins that don’t actually exist outside of Jeff Bezos and about 157 other random nameless titans of industry. “Economic stimulus, for who? Well, that will disincentivise the poor”. We don’t understand yet that this could be our fall. Rome wasn’t built in a day but it came undone in a generation or so. Machismo and stupidity ushered in the Asian century; cruelty and lies will be America’s exit.

We have done so terribly in this crisis that our once privileged passports are now handled with latex gloves and sanitiser. We are unwanted and deservedly so. For Americans it’s an unfamiliar position — we are used to having doors opened to us, smiles granted, courtesies extended, to being hurriedly ushered through customs checkpoints. At this point, one of the only regions that will accept Americans through their points of entry is East Africa; as of 1 August 2020 we can enter Tanzania, Kenya and Rwanda. Our creeping financial reach carries us through checkpoints but such allowance is disgraceful international relations. It is telling of Kenya, of how deeply the market-capital Kool-Aid has been drunk; only 24 hours after taking America off the non-quarantine list, Americans were back in the good graces of the non-quarantine camp.

How will letting red-blooded Americans back into East Africa go in the coming months? Don’t worry about it, they have dollars to spend. Other nationalities have money, so what is so special about American dollars? From every corner there is new money and old, black market and “market share” money. The paradigms have shifted since March 2020 and it is hard to see them rapidly changing back to the global “norm”, at least in any sort of respectable sense. That’s where the globalisation bandwagon of the latter half of the 20th century can get ugliest; we were just too good at marketing our failing model.

The dramatic shift over the past year begs heavy questions, ones that the “developing” world will hopefully learn from and flee as though they were the coronavirus itself. These questions range from “what if one ethnicity gets to ask constant questions while another gets beaten for merely raising their hand?” all the way to “is everything in the modern system a lie?” Because things are impossibly worse than you ever thought possible.

In this doomed nation, 199,000 had died by the 21st of September. Meanwhile we are mired in our own filth; the richest economy in the world decries public assistance even as we are lapped by nations like Germany, New Zealand and Rwanda.

At the right Nairobi embassy party, a keen eavesdropper will hear frequent mention of the Singapore model, a “developing state” becoming a first world economy in one generation. Do-gooder development types speak of Singapore as though it is a miracle; “How could they impress, adhere to and benefit the West? What a progressive little country they are”.

The inverse is much more plausible and frequent; ask a Kenyan about the differences between Moi in 1979 and the 1989 incarnation of the same man, paranoid and sliding deeper into ill-fated financial dealings.

The only difference? That Americans literally have a theory of thought called “American Exceptionalism” that is easy to instill when you give examples of mediocre daddy’s boys somehow turning 35 million dollar fortunes into 50 million dollar caches.

In that sense, the Trump administration is the most quintessentially American of all; Trump is us at our most base. He is the embodiment of deadly privilege wielded through stupidity and a misplaced sense of manifest destiny. The Trump administration represents global entitlement just as white America does — a gathering of aging idiots who think the stripper is really into them. Our desire to be special has led to global norms becoming horrific injustices; masks-turned-fascism, lockdowns-turned-atrocity, public good-turned-Stalinist Russia. Inconvenience doesn’t equal oppression unless you make it so.

The very awkward leader of our doomed little experiment has to date held the biggest indoor gathering since the pandemic hit in March. Stalin himself once plucked a chicken alive, leaving it writhing in pain, only to lead it begging and bleeding around the room by feeding it stale bread crumbs. The masses, he explained, would put up with any injustice just as long as you gave them something little. Millions of Americans have long considered kernels as grand gestures, ones that they probably don’t deserve.

During all of this, schools are looking to open in many districts, often at the urgent behest of a Republican leadership calling for “normalcy” in vastly odd times, clinging to the belief that “normalcy” in the modern context is a good thing. The next six months will bring this government’s dereliction into sharp focus; the Republicans will probably lose in about six weeks, then immediately sit on their hands and blame the Democrats for winning. For some, the strategy will even work, but the damage may just be too great to bear this time round. Make America Great Again, surely.

I must admit that it is a strange feeling to have my dark blue American passport looked at with suspicion. it was an undue golden ticket in the age of globalisation, opening any door I knocked on as long as I could make the nut to afford a flight. Now, the hoops are mounting, rapidly and consequentially. And deservedly so.

If for nothing else, it may be prudent to start to look at what the future of global travel will look like. Not in any “tech” sense but in terms of the biases that travellers face. If as of August 13th anyone can fly into Rwanda provided they can provide negative COVID-19 certificates, isn’t that a model worth following? The merit of one’s health and ability should trump nationality, and now that the cat may be out of the bag as some nations beg to regain a tourism foothold, it is unlikely to go back.

Even now, as schemes and plans come together, anyone seeking to leave the US feels like a rat escaping a sinking ship where all the passengers remain stuck in denial. Our flaw is that we denied we ever had any; vanity and pride will kill off the American century in a hail of faux arguments, overwhelmed COVID wards and conservative values.

East Africans must have been reading the tea leaves of the last four years of American politics with a feeling of “I-told-you-so”. But in the US it was never understood — as the people of this region have long been aware — that no one is beyond the grip of a truly corrupt system. I used to get side-eyes from a wide swath of American acquaintances with my constant compare-and-contrast-Trump-with-various strongmen but such people are now sheltering in place, out of a job or being forced back to one.

“It is what it is”. I don’t think Trump has ever spoken truer words throughout his entire wretched political career. Now he floats ideas like banning Americans from returning home — with the obvious subtext of suppressing the vote of those at large.

Now steeped in our jingoism, it is impossible to look inward. It is impossible for us to distinguish that the “profit motive” that drives capitalism is the same motive that keeps us turned inwards, ignoring our greatest problems whilst elevating our lesser ones. Blissful ignorance has never been quite so putrid. Modern America is to be studied as a cautionary tale as the world shifts away from coronavirus towards a more equitable future. Beware a failed experiment.