Difference and Distinct Identities: Are Constitutional Provisions for Persons with Disabilities Being Implemented? 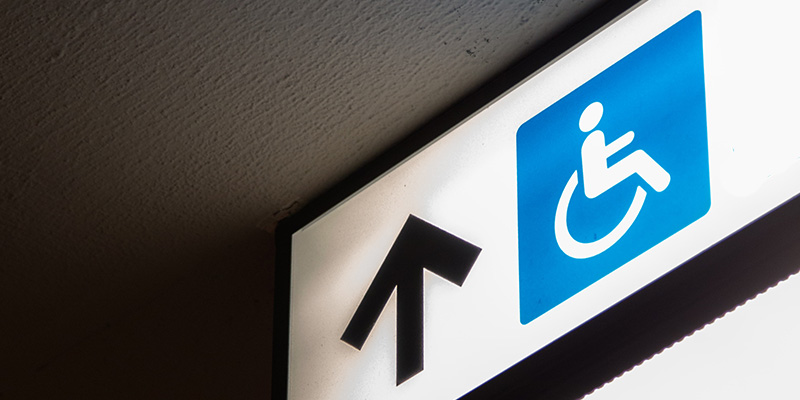 It is ten years since Kenyans promulgated their then new Constitution with much optimism and great expectations. The Constitution of Kenya (2010) held particular significance for persons with disabilities, who had over the years remained unheard and unseen second-class citizens, only deserving of charity from contrived national harambees or from contrite souls on holy days like Christmas, Idd and Diwali.

The repealed Constitution neither protected disabled persons from discrimination nor anticipated that they could stand for elective office. Its infamous Section 34 (c) quite ambiguously provided that for a person to be nominated to stand for a parliamentary seat he had to “… be able to speak and, unless incapacitated by blindness or other physical cause, to read the Swahili and English languages well enough to take an active part in the proceedings of the National Assembly”. This provision, it seemed, did not countenance that a blind or physically disabled person could read English or Swahili; and indeed at least one blind candidate’s application to vie for a parliamentary seat was declined on that basis. In similar fashion, a judicial panel declined to employ a blind lawyer as a magistrate on the basis that a sightless person could not discern the demeanour of an accused or a witness. Again, society’s messaging was that demeanour cannot be apparent to non-sighted persons.

The individual’s right to be different, which was originally applied in relation to race, has particular resonance for persons with disabilities, who have found it necessary to stake a claim to their personhood regardless of the diverse ways in which their bodies may be impaired. Persons with disabilities indeed contend that it is society, rather than their bodies, which makes them disabled. It is not the disabled person that bears the pathology. It is not the diseased ear, eye, leg or mind that disables; it is society that carries the pathology: it is society that disables by its stigma, prejudice and discrimination.

These claims of a distinct identity are in no way intended to justify discrimination or an “otherness” narrative. In a counterintuitive way, they embody the recognition of disability as an element of human diversity with the consequent clarion call for the recognition of the particular contributions of persons with disabilities to society while eschewing stereotypes, prejudices and harmful practices.

It is in this sense that the 2010 constitution guaranteed respect for difference of persons with disabilities as part of human diversity. A number of elements constituted the distinct identities established in the constitution:

First, the constitution recognised that persons with disabilities were differentiated by their peculiar languages, notably Kenyan Sign Language, which henceforth would be used alongside English and Kiswahili in official forums, such as the National Assembly.

Second, persons with disabilities possessed esoteric communication formats and technologies, such as Braille, which they would use to bypass society’s normative means of communication.

Third, persons with disabilities were denoted as vulnerable members of society whose needs would be addressed especially by State organs and public officers.

Fourth, the State as well as persons were prohibited from direct or indirect discrimination on the basis of disability.

Fifth, the electoral system would ensure fair representation of persons with disabilities and take account of their special needs.

Sixth, persons with disabilities would have specific representation in the National Assembly, Senate and County Assemblies.

Seventh, the values and principles of public service would afford persons with disabilities adequate and equal opportunities for appointment, training and advancement at all levels of the public service.

The State is obligated to ensure the progressive implementation of the principle that at least five percent of the members of the public in elective and appointive bodies would be persons with disabilities. Only in one instance did the constitution give quarter to the status quo by legislating the discrimination of persons with mental disabilities, notably when it provided that persons of unsound mind could neither vote nor stand for elective office.

Yet, the great expectations, as pontificated in the words of the constitution’s Preamble, recognising “… the aspirations of all Kenyans for a government based on the essential values of human rights, equality, freedom, democracy, social justice and the rule of law”, have a decade later started to lose their shine and indeed they raise more scepticism every time a person who is deaf or blind, or one who has an intellectual, mental or mobility disability, seeks to engage with constitutionally-established norms or institutions.

Why is this so?

The country is confronting at list two dilemmas which undermine the constitutionally-guaranteed respect for difference of persons with disabilities as part of human diversity.

First is what I characterise as the dilemma of demonising substantive equality while sanctifying formal equality. There can be no doubt that the constitution established a conscious fine balance between the imperative of formal equality, on the one hand, and the imperative of substantive equality, on the other. Hence, in respect of formal equality, Article 27 (1) of the constitution provides that “every person is equal before the law and has the right to equal protection and equal benefit of the law.” Then sub-article 2 legislates substantive equality with its provision that “equality includes the full and equal enjoyment of all rights and fundamental freedoms”. In this sense, the constitution recognises that not every distinction or difference in treatment amounts to discrimination.

Indeed, the courts have on occasion been refreshingly articulate in their appreciation of the issues at hand. Take the instance of the 2011 High Court petition of John Kabui Mwai v Kenya National Examinations Council, which affirmed that not all distinctions resulting in differential treatment can properly be said to violate equality rights as envisaged under the constitution. The low point of substantive equality, of course, was the infamous Sessional Paper No. 10 of 1965, whose essence was the directive to invest available scarce resources in parts of the country with high potential to the disadvantage of arid and semi-arid regions.

Yet, a decade after the adoption of a transformative constitution, the philosophy behind substantive equality continues to be misrepresented and lampooned by political elites and interests while the mechanics for implementing substantive equality remain ill-defined and feebly-implemented.

Second, we face the dilemma of constitutional revisionism by obfuscation and conflation. As already stated, the constitution asserts the primacy of respect for difference and acceptance of all individuals despite their characteristics or circumstances as part of human diversity. That is why the Bill of Rights includes a specific part that elaborates on certain rights to ensure greater certainty on their application to children, persons with disabilities, youth, minorities and marginalised groups, and older members of society. Yet, far too many laws and judicial and administrative decisions have pushed back on respect for difference by negating the differentiated and distinct constitutionalised identities of persons with disabilities into unrecognisable categories using narratives of obfuscation and conflation.

What do I mean?

Take the County Governments Act, which makes exactly one very obscure reference to persons with disabilities, quite perversely preferring to use non-affirming euphemisms and waffles, such as “vulnerable persons” and “other identities”. This of course begs the question why Parliament obfuscated the clear identity-based constitutional disability imperative.

Or take the matter of the representation of persons with disabilities in county assemblies. According to Article 177 (c) of the constitution, membership of a county assembly includes “the number of members of marginalised groups, including persons with disabilities and the youth, prescribed by an Act of Parliament”. The County Governments Act, quite circuitously, provides that the composition of a county assembly includes “six nominated members as contemplated in Article 177(c) of the Constitution”.

The other gripe disabled people continue to hold is the fact that Parliament has still not enacted new substantive legislation to replace the Persons with Disabilities Act, whose provisions have long since become anachronistic. The unrealised demand remains the enactment of a new flagship law on disability that takes into account the principles and norms in the constitution and the United Nations Convention on the Rights of Persons with Disabilities, to which Kenya became party in 2008.

In the meantime, though, lamentations can come far too easy to the wearied ear, eye, foot or indeed mind. Yet, any dirges for persons with disabilities in the past decade have been interspersed with mirth when the constitution has illuminated its great potency for good by giving succour to one or two more citizens with disabilities.

Sign language interpretation on television news, if not on other programming, is now more the norm and less a spectacle. The courts have also provided redress in recognition of difference as an asset rather than a liability that should occasion disadvantage on account of disability. In this regard, take the injustice and indignity suffered by an accused person with intellectual disability. If the court figured you could not understand trial proceedings, you would be detained for an indefinite and indeterminate time at the president’s pleasure even though your guilt was unproven. Now the courts have pronounced that as amounting to cruel, inhuman or degrading treatment.

Or take the discrimination faced by employees with disabilities. Many employees have been dismissed on becoming blind without due consideration for measures which would enable her to continue being a productive employee. And the courts have pushed the envelope that employers must provide reasonable accommodation measures for such employees. Or take women with intellectual disabilities whose right to enjoy consensual sexual intercourse has been questioned by a prudish society. And the courts have said that such persons indeed can enjoy sexual intercourse. Or take the miscarriages of justice which happen when accused deaf persons do not have sign language interpreters – and the courts have ruled in their favour.

A dance of mutual respect in difference

But it is in the arena of social change rather than in the courts or Parliament that persons with disabilities have to join battle against society’s epic ills of stigma, discrimination and absent resources. That indeed is the reason why the core undergraduate course content at the University of Nairobi’s School of Law includes units on disability law.

This is the kernel of the discussion: that unrequited recognition of difference is but the first, albeit significant, step in the journey to ensure full and equal exercise of all human rights by persons with disabilities. Respect for difference is demonstrated where policy, legislative or administrative actions do not demand or assume that persons with disabilities will conform to hegemonic social, economic or indeed political norms.

It should not be disabled persons that should change to fit into existing structures of society; rather, society must modify its social and physical structures to accommodate their full participation in society. All newly graduating law students know that now.

It is in this sense that society must take the hand of disabled persons in the thus far mostly unrequited dance. It is this dance of mutual respect in difference that will hurry along the swansong of stigma, discrimination and resource scarcity.