How a White-Owned Dog Turned Us Into Black Napoleons 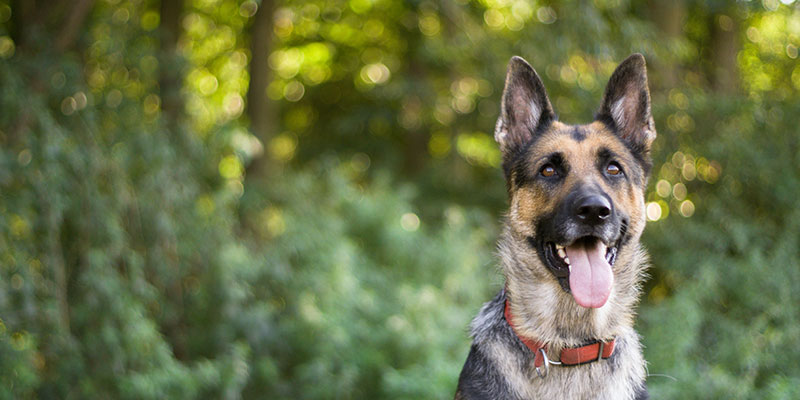 For a brief while, I was once a statue on display in a major European city, together with two of my cousins and my sister, all of whom shall remain unnamed.

Unlike the defenders of the statues all over former white spaces, our struggle was not to be kept in place, but to somehow get out of the role.

Allow me to explain.

It was the year I became the Catholic equivalent of a Hajji, and before I managed to escape the mental clutches of that church. Every twenty-five years, the Roman Catholic church holds a “Holy Year”, in which pilgrims can travel to its headquarters at the Vatican inside Rome, and receive special dispensations. This means it was 1975.

The faithful can apply to be included in a scheme to be taken in groups. My parents, being devoted members of the faith, duly signed up. I think applicants could not be more than a party of four, and for reasons I do not know, they chose my younger sister and me to be their fellow pilgrims. I do not think we were the most logical choices: we were not the brightest in school, and I was very far ahead in my career as the designated problem child. Perhaps they felt we needed God’s grace more than any of their other children.

We spent a number of days in Italy, in very large crowds at the Vatican, and visited other holy places in Rome and the south. It was miserably cold, and there was a lot of praying, day and night.

After that, my mother took us on to Geneva, Switzerland, to visit her brother who had left Uganda years earlier to work in some middle-to-upper-level position at the United Nations Food and Agricultural Organisation (FAO) headquarters in Rome. I had never really got to know this man. I had always found him quite distant, even when he still worked in Uganda at the Ministry of Agriculture in Entebbe. He is some kind of food economist.

His apartment was not very large, not large enough for five boisterous children plus a toddler, as well as another quite older cousin who had accompanied us from Rome. He was given to leather jackets and dark sunglasses, which I remember got him yanked out of the immigration queue by Swiss airport security, and taken to a back room. Apart from saying they told him his shades made him look “suspicious”, he flatly refused to tell us whatever else may have happened while he was in there. This led to a lot of whispered youthful speculation.

The lack of space did not matter so much during the week, as my cousins had to be in school, and would leave to walk there in the pitch dark of the winter mornings. So, this is how I know it must have been on the weekend we took on the job of being statues.

The adults encouraged us to go for walks in the neighbourhood, and we ended up in this large open city park where we came upon a trio of white Swiss children walking their dog. A large, healthy-looking Alsatian, I think. Upon seeing us, they let the animal off its leash, and it came bounding towards us, barking animatedly. There was no time to work out if it was playing, being aggressive, or after something behind us. We ran.

Being a park, there was only open space, except for one thing. As we had entered that area of the park, I had noticed a tall concrete plinth on which a statue should have stood. However, it was vacant. And one could see from the surface that there had once been a statue there, but it had been removed. This is why I know that white authority has no problem with the removal of statues in principle. They are not sacred idols. The issue is which reasons will be accepted as valid to do so. And having being a slave trader is not one of them.

Now, this was the only place we could see to escape the menacing dog, and we instinctively all scrambled up on top of it.

There was no adult around to rescue us. We were stuck atop this concrete stand, alone in the park with these three white kids and their excited dog. It would have been quite a sight to find four African children perched where a statue of some European of European significance was supposed to be. I thought of this when watching a video of a black British youth dancing on the Bristol plinth where the recently drowned statue of the British slave trader Edward Colston used to stand. Maybe we were replacing Napoleon? Or Charlemagne? Engelbart Humperdinck perhaps?

A war of words ensued. We demanded that the Swiss kids control their dog. Since it was all in French, we, the visitors, played the role of supplying epithets to our French-speaking cousins to translate and hurl at these kids. The Swiss kids were doing that thing I have seen MANY white people do with their dogs in the many parts of the world that I have lived in: insisting that the dog is “fine”, and “means no harm”, and “just wants a sniff”, as it advances towards you.

It is like the recent story of a white American woman who tried to call the cops on an African American bird-watcher in a New York park because he asked her to comply with the park’s regulations of putting dogs on leashes. Instead of obeying the regulation, the woman was forcing the African American to comply with her view of the world as she saw it – even if it was dictated by her pet animal.

Anyway, words were not getting us anywhere. We just wanted to go back home.

It was my sister who solved the problem. The departed statue had left some rubble, now under our feet, some of it quite sharp-edged. She picked up a piece and threw it at the Swiss kids. I still clearly see it arcing the distance between us and them, and with perfect accuracy smacking into the forehead of the tallest boy, who was standing between the other two.

I was a little surprised. Of all of us, this particular sister was viewed as the most mild-mannered. (Mind you, for my parents’ children, this is not saying much. There is a tale of another sister of mine, then a student in Canada, riding all the way to a bus depot because she would not give up a loud argument with the driver over how much change she was owed.)

Years later, my younger brother and I were caught in a confrontation with two London cops who came to the car in which we were sitting at a fuel station, and then began trying to find an excuse for why they were accosting us. Being on a visit from Canada and the one driving, my brother lost his temper quite quickly, and things got physical.

My brother was already an anti-racist activist back in Canada. There was even a photo of him in a Canadian newspaper tussling with a white Canadian campus policeman. At one point, I had to get between him and the cops, pin him against the car, and warn him in Luganda that these British cops were also quite dangerous despite not carrying guns as cops do in Canada, and that they were trying to goad him into a real fight, so that they could call for back-up, and then wrestle us to the ground, which could become a whole other situation.

I told him our best weapon was words. And being our mother’s sons, we had very many. We settled into a nearly hour-long standoff, during which time we rattled their cage by constantly correcting their poor English grammar (guaranteed to thoroughly unsettle any English racist), and their weak knowledge of traffic, immigration and search laws, and laughing very loudly at all their mistakes. The lead cop made an utter fool of himself, and was actually red and stuttering halfway through. In the end, his partner stepped aside in embarrassment and angrily told him to give it up. They left.

Another sister of mine once took hold of a court case. She noticed a small technical flaw in a deportation order, and insisted that it should become the basis of an appeal. No one believed her. Nevertheless, by sheer force of personality and reason, she compelled a law firm to keep lodging appeals all the way up the court system.

By the time it was all over, the case had been heard in the UK House of Lords, which functioned then also as the Supreme Court. She won. The matter is now enshrined as a precedent article of British Law as the case of Regina vs Musisi (1987).

She was not a lawyer. She was then a first-year law student interning at a London-based Ugandan-owned law firm that specialised, naturally one might say, in immigration matters. She then went on to do a science Master’s degree in computer programming, during which time she tried to convince the law community that case precedence could be made more efficient by designing it as a computer programme. Again, no one listened then, but I understand it is now being done with Artificial Intelligence. I will tell you for nothing: My.Family.Is.Mad.

But in the end, these individual victories mean little. What is required is to bring down racism – all of it – as a system of power, and end its detrimental effects on black people. No amount of verbal artillery can remove discrimination in housing, healthcare provision, employment, policing, and the like. ‘

And for every personal victory, there will be a myriad of defeats within the context of the systemic defeat we all still live under at home and abroad, something many continental Africans do not understand as well as their First Diaspora cousins do.

Nevertheless, my sister on the plinth brought that madness, and her aim was perfect that day.

The white boy let out a scream, then turned away from us, crouching over and clutching his face. His two companions also turned to attend to him. They then all turned back to face us. The target now had a bloodied face.

The language remained French, but the tone turned to one of victimhood. “He is bleeding! You have injured him!” we were told they were saying. Which was unnecessary because red on pink-white does make quite a visual impact anyway. We offered back the translated accusation that they were exaggerating the injury, and had deliberately smeared his blood all over his face.

Now subdued, and worried, the trio did finally put their dog on its leash and left. I think they threatened to report us to their parents.

We immediately quit our jobs as statues, got down, and got out of the park.

By the way, my sister (the only left-handed one among us) now works for the United Nations, inspired, she once told me, by our uncle. I do not know if she still throws things.

For the record: I do like dogs, but I have also never been back to Switzerland.