Education in a Time of Coronavirus: How e-Learning is Impacting Poor Rural Students 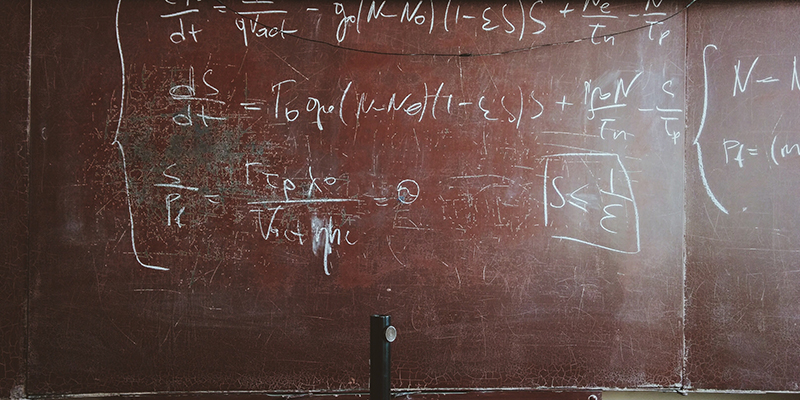 “[T]he Government of the Republic of Kenya at this time (. . .) is not going to consider stopping e-learning. Well, I keep saying that (. . .) all our children are equal. Those who can access content, they will get access of the content (. . .) I think it is better to allow the ones to get, and hope that the period is as short as possible, and when the time comes we shall empower the others.” – Education C.S. George Magoha

Solomon sent me a message to say that he wouldn’t be coming in the following day; he wanted to finish some tests he had started the night before on Tusome and send them in for marking. Solomon is a student in a boys’ boarding school in chilly Kinangop, high up in the Aberdares, but he’s been back home since the coronavirus came to play havoc with the school calendar.

The message was sent from a cheap smartphone with a cracked screen. Solomon didn’t always have a phone; I used to have to call his granny, an irascible old woman with a harsh tone of voice and an abrupt telephone manner, if I needed to talk to him. “Uga!” (Say!), she would bark, leaving me momentarily confused about why I had called.

Left to fend for three orphaned grandchildren at an old age and with no income other than the money she could make as a casual labourer, Cũcũ wa Solomon had no choice but to send the children out to look for work during the school holidays, and that is how I first met Solomon, a pimply lad in an oversized hoodie and a tattered pair of sneakers. Since then Solomon has come to me during the school holidays, helping with the weeding and trimming the hedge, making a man’s daily wage to supplement the family’s income, and recently buying himself a second-hand cell phone.

Solomon is in Form Four now and will sit for his Kenya Certificate of Secondary Education this year; he tells me that he has received a message from his school confirming that the exams will start on the 4th of November. He has his smartphone and the wages with which to buy himself internet bundles, but without the textbooks and his teachers’ help, I do not know what Solomon’s chances are.

Mose’s situation is quite different. His mum has a kabambe of a phone, with a long-lasting battery and a bright torch that takes over when the electricity tokens run out in the two-room rented home she shares with her two boys. It is not of much use to Mose, who is in his last year at our local primary school, and who would need a smartphone to register on the Tusome platform in order to access revision notes and mock tests.

The closure of all schools was announced very abruptly on a Sunday by the government, leaving the teaching staff at our local primary school with very little time to prepare homework for the pupils while they waited for schools to reopen. And so, the head teacher, a deeply committed educationist who accomplishes very much with very little, has resorted to sending links to downloadable learning materials to the parents of Class Eight pupils even while acknowledging that, for a great many, access is impossible. Registration on the Tusome platform is free but it still costs 50 shillings a day to use, 300 shillings a week and 1,000 shillings monthly (contrary to the misleading information on the site).

Wa Mose works as a casual labourer on the surrounding farms and on building sites, earning 250 shillings from eight in the morning to one in the afternoon. She’s an industrious woman; she knits school jumpers to order in the evenings and does other people’s laundry in the afternoons. Still, her earnings have not stretched to the acquisition of a smartphone and now she is fretting over Mose’s prospects come the exams.

But even if Wa Mose did own a smartphone, her son would have to spend hours squinting at the small screen, scrolling through all the 141 pages of mathematics before taking the online tests and moving on to the next subject. The pages are not printable, and even if they were, they would cost 1,410 shillings to print. Wa Mose would have to find money for that one subject alone (and there are five in total), not to mention the cost of the internet bundles it would take.

One might be led to believe that the Tusome platform is an initiative of the Ministry of Education since it borrows its name from a programme run by the ministry, but it is in reality a private money-making initiative that is merely providing access to PDFs of scanned copies of existing learning materials.

Over at Teachers Arena, a website that started out as a WhatsApp group where teachers shared resources and information, there is no need for registration; access to the content is free and the material is downloadable and printable. However, the mathematics section alone runs to 54 pages. At our local cybercafé, Wa Nancy charges 10 shillings per printed page, so it would cost 2,700 shillings—at the very least— to print the revision notes and mock tests for all the subjects.

To avoid leaving her children at home unsupervised and getting up to no good, Wa Mose has sent the boys to their grandmother where, fortunately, there is a radio on which they can listen to the educational programmes that are broadcast by the Kenya Institute for Curriculum Development.

However, even this choice is not open to all. When I asked Kahiga’s mother if at least the family had a radio, her answer was simple and stark: “We have nothing.”

Wa Kahiga lives with her children in a rented room on the edge of our township, selling her labour to others for 50 shillings an hour. Work is not always easy to find and hunger is familiar in her home. And although quiet and soft-spoken, she is forthright and brutally honest if the choice is between the PTA contribution and keeping the family fed. Nevertheless, the head teacher keeps Kahiga in school and waits patiently for the money to be found. Now Kahiga is at home, waiting, and lacking the means to improve his chances of escaping the grinding poverty that is his lot.

Mose’s head teacher is not sure how the school will make up for the lost time. Although the majority of the school’s pupils are day scholars, the school does offer boarding facilities for pupils coming from further afield, as well as those from our locality whose parents wish them to board. He had contemplated proposing that all the 176 KCPE candidates become boarders for the rest of the year once schools reopen in June (if they do), with the staff teaching from early in the morning till late in the evening after supper, as well as on Saturdays, so that the syllabus can be covered before the exams. But space in the dormitories is limited and squeezing in more beds would compromise the social distancing necessary to stop the spread of the coronavirus. And so the head teacher has had to give up that idea; as it is, he is not even sure how the school will practise social distancing in the classrooms.

Still, it is unlikely that many parents of day scholars would have taken the head teacher up on that suggestion, even were it workable. The extra money to cover the boarding fees and the necessary supplies would have to be found, yet many of the parents have not paid last term’s boarding fees in full, which has in turn had a knock-on effect on salaries. The school relies on the fees to pay the ten support staff who include the workers employed to cook and clean after the pupils and the groundsman who also doubles up as the school’s baker. The head teacher has had to call upon the goodwill of the school’s banker to pay their April salaries but he has forewarned them that May salaries may not be paid on time.

The rains have been abundant, though, and there is plenty of work available weeding on the farms around us. All hands are on deck now, with parents and their children going out to sell their labour and earn as much as they can before the rainy season ends, so the wherewithal to settle last term’s balances and cover next term’s costs might yet be found.

Even though mobile telephones have become ubiquitous in much of the country, the digital divide remains firmly in place, a vast chasm that keeps children from rural areas and disadvantaged backgrounds separate, unable to exploit the internet like their more fortunate peers, and, in this time of coronavirus, losing more of what little chance they have to succeed in an education system that, from every fathomable point of view, does not favour them.