Reflections on the Brutalisation of Hon. Francis Zaake 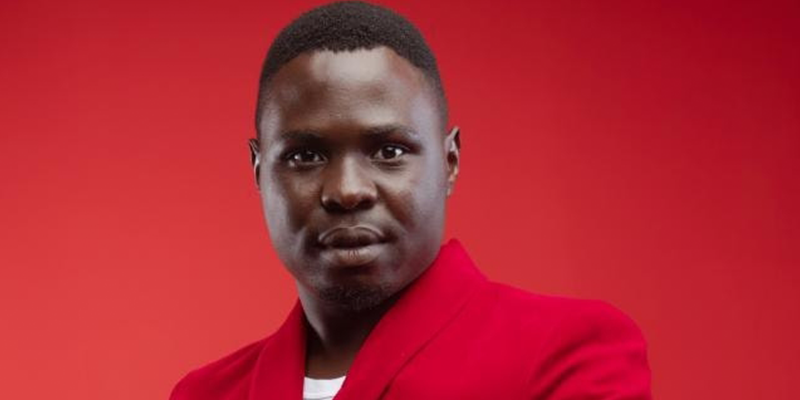 On the afternoon of 7th May 2020, I tuned into Uganda Broadcasting Corporation. I was waiting for the Minister of Internal Affairs to make a statement to Parliament concerning the torture of Hon. Francis Zaake by the armed forces, having been directed to do so by the Speaker during a previous session on 30th April. My eyes were glued to the television. I thought finally we were going to see a victim of torture get justice. The time came, and the Honorable Minister took to the floor. A grey-haired elderly man. When I was growing up, I was taught to respect grey hair. You could make fun of anybody as a child, but anyone whose head bore grey hair was to be revered.

Things are now upside down. You see old men lying through their teeth and shudder. You see them stealing public funds without shame, and cringe. You struggle to revere grey hair when those whose heads bear it have no respect for themselves and their age.

As Minister Obiga Kania began speaking, I was filled with expectation. My expectation was not borne of nothing. It was borne of a promise from another old man. On Monday 5th April, two Criminal Investigations Department (CID) operatives came to Lubaga hospital. They had been requesting Hon. Francis Zaake to record a statement with them since the previous week. At the time, the doctors had advised that Zaake was not ready to record a statement as he was still very weak.

But Zaake also had reservations about recording a statement with the same people he had accused of torturing him. It took some of his lawyers who are also Members of Parliament to convince him to do so. Why did he initially refuse to record the statement? He thought the state was going to use the statement against him. In law, when your opponent fully understands your case and has all the evidence you intend to rely on, it is easy for them to destroy your case. Especially if you do not know their case. It turns out Zaake was right.

I remember after the Arua atrocities of August 2018 the state had tried to do the same thing with Member of Parliament Robert Kyagulanyi (also known as Bobi Wine). Both the Uganda People’s Defence Forces Board of Inquiries as well as the CID wrote to him asking him to go and record a statement with them “so that they punish those who tortured him”. Thankfully, his legal team did not see the need to record the statement, given the statements made by various government officials – including a bizarre claim that he had two machine guns in his room. A state in this part of the world always moves many steps ahead of you when it has violated your rights. They know that under international law, international bodies will only investigate torture claims if domestic avenues have been exhausted or have not taken any steps to investigate. What better way to preempt those processes than by staging sham investigations?

The CID officers pulled the same trick when they came to record Zaake’s statement on Monday 4th May. I was present in the room with Joel Ssenyonyi, the People Power Spokesperson when an elderly officer called Zarugaba Tinka (Acting Commissioner Narcotics) told Zaake that his boss had received instructions to prosecute the people responsible for torturing him. He clearly stated that the CID Director (whom he spoke to every few minutes on the phone) wanted the matter to move very fast so that the perpetrators could be arraigned in court as soon as the following week. He was unequivocal, “All of us saw you being arrested when you were fine, only for you to turn up with injuries. We know that you were tortured. We only need to find out who did it and where”.

Tinka even offered some unsolicited advice: “Hon. Zaake, if anything happens to you in future, make sure you interact with the CID. They are always well-intentioned”.

He questioned Zaake as the younger officer recorded the statement. Every few minutes, as the statement was being taken, Zaake was reminded that he was not being interrogated; “You are our chief complainant. Please make sure you give us an accurate account. We do not want this case to die because of any inconsistences”, the man said. They behaved in a very cordial manner. Every few minutes, doctors would come in to attend to the patient—first the ophthalmologist, then a nurse who came to give him an injection, and later a physiotherapist.

The officers would each time step out of the room, saying that Zaake’s health was more important. At one point, Zaake suffered a severe migraine and they seemed very sympathetic. They gave him a few minutes before they resumed the questioning.

When the MP gave a graphic image of how he was tortured the CID officers seemed ashamed of the actions of their colleagues, the elderly officer pleading, “All of us are not like that. Those are bad apples and that is why we are here to make sure they are punished”.

The process took about five or six hours. And then they left. As they stepped out of the room, Hon. Zaake, Mrs Bridget Zaake, Joel and myself were all full of expectation. They promised that they would return the following day at 900 a.m. to interview Mrs. Zaake about the 15 million shillings stolen during the arrest. They also said that after recording her statement, they would proceed to his home in Mityana to interview the maid whose cellphone was taken away, as well as to examine the bedroom door which was broken during the invasion by the police. Of course, having received the information they wanted, they did not return to the hospital as promised.

You can imagine how I felt when another old man, a grey-haired minister, took to the floor of Parliament and said that Zaake had caused his own injuries. I watched in disbelief as he spoke. Mr Obiga Kania stated that his read statement was based on the investigations conducted, including Mr Zaake’s statement, which had been recorded in the presence of his wife, Joel Ssenyonyi and his lawyer David Lewis Rubongoya. The very first paragraph of a statement attributed to Hon. Zaake was false. Purporting to quote from the statement, the minister said, “He (Zaake) accepted that he bought food items that included rice, matooke and posho and distributed them to his village mates on 18th and 19th April, 2020”.

At no point did Hon. Zaake say that. What he told them was that he had bought rice and sugar and used boda boda riders to distribute them on the 19th of April. The reason for adding matooke and posho is clear—there are pictures of Zaake giving out matooke in Mityana at the start of the COVID-19 pandemic in Uganda, before the lockdown began and before the distribution of relief food was banned. It will come as no surprise to see those pictures being used as evidence that Zaake personally distributed food items. If the first paragraph bore falsehoods, you can imagine what the rest of their statement looks like; I could underline a statement in every paragraph bearing a lie.

When the Speaker of Parliament tasked Minister Kania to demonstrate how a handcuffed man could bang his arms and legs on rails, he responded by saying that he was only reading what the CID had given him, even though the statement he was reading bore his (Kania’s) signature at the end. A prudent minister does not come to Parliament to just read out statements—he must question the things written down for him.

For example, he stated that Zaake had no injuries on his back even though a video recorded 16 days after his torture shows a bruised back caused by the strokes of a whip or cane. Kania did not explain how a handcuffed Zaake fought and overpowered 23 policemen and military officers. He did not explain the reason why the Police Department’s Iran-Uganda Hospital referred Zaake to an ophthalmologist if his eyes had not been injured. The minister did not elaborate on how Zaake ended up before a court of law in an ambulance crying and writhing in pain, nor did he clarify why he was out on police bond, with charges still hanging over his head, even though Nakawa Magistrate’s Court ordered his unconditional release.

My mind went back to the days following the Arua atrocities. I was one of the very few people who had a chance to see Hon. Kyagulanyi while he was locked up at Makindye military prison. Almost one week after his torture, representing the legal team, I was allowed in together with Mrs. Kyagulanyi, Bobi Wine’s elder brother Eddie Yawe, officials from the Uganda Human Rights Commission and Lord Mayor Erias Lukwago. The late Honorable Meddie Kaggwa coordinated the visit.

I have never been searched or seen people searched so thoroughly—not even when accessing the head of state. Our pens were taken away. Those who wear spectacles were asked to leave them outside. Each shirt and coat button was critically examined in case it had a recording device. We sat in the room and waited. When Kyagulanyi was brought in—carried by two soldiers, not a single person in the room could control themselves. Each one of us, as if by prior arrangement, began to weep. Not even representatives from the Human Rights Commission could hold back their tears. The Lord Mayor can corroborate this.

Everyone took to a corner in that small room and wept. It took several minutes for us to compose ourselves and talk to the prisoner. I will not go into the details here but when I saw Kyagulanyi on that day, he looked like a thug who had just been beaten by a mob for snatching a phone in downtown Kampala. Picture that. They were right to ensure that a picture of Bobi Wine in that state did not go out—if it had, I do not know where we would be.

The following day when we went in to see him, the officers requested his wife to bring some smart clothes—specifically a suit—ahead of his next court appearance which was about five days away. They knew that by that time, with all the medication he was being given, he would be in better shape physically. If he wore a suit, they were sure the world, outraged by reports of his torture would see a man “who tried to fight security operatives and was boxed a few times before being gently arrested”, as they would later claim.

Right after Minister Obiga Kania finished speaking, I called my brother Joel and told him, “Every day will be a day of learning”. Neither of us could believe we had been fooled again. Once again, officers and institutions of the state were executing a grand conspiracy to defeat justice. When I spoke to Hon. Zaake on the phone after the minister’s statement in Parliament, he forced a laugh that turned into a coughing fit—he still has pain in the chest. “I knew this was their plan,” he said, “it is my wife who is in shock”.

Of course this case will pass. Hopefully, Francis Zaake will recover fully from his injuries. But as I write this, I am very saddened by two questions: How shall we tell our children to respect old age? How shall we tell citizens to have any trust in public institutions? How shall we say to them, “CID is your friend, please record a statement”?