The Pestilence, the Populists and Us 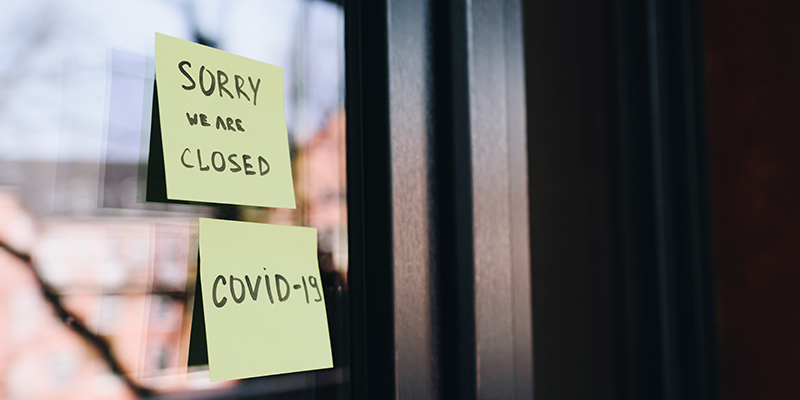 Are you all well?

Jonas Lüscher, your letter was tremendously moving. Meaningful in its vulnerability, and powerful in its articulation, its bewilderment.

“…But for months now I’ve been finding it hard to write, whether fiction or essays, and even to speak. And once you lose your capacity to write and speak – as you, dear friends, will certainly understand only too well – you risk losing your capacity to think, too. What’s left is an interior monologue, constantly revolving around itself, that finds no expression in outwardly directed speech acts and no clear-cut articulation in writing…”

In a time of unknowing, silence, I was once told, silence and listening. I would want to imagine such, in a season as strange as our earth’s might be a call to hibernation; to humanity to stop a while and give itself over to a rejuvenating rest that might end with an unveiling of a spring of new possibilities. About your conclusion, one recalls what Albert Camus’ Dr. Bernard Rieux, narrator in The Plague, (also read as anti-fascist allegory) states: “there are more things to admire in men than to despise” (308), and to reiterate this with what Camus observed:  “In a world whose absurdity appears to be so impenetrable, we simply must reach a greater degree of understanding among [humans], a greater sincerity. We must achieve this or perish. To do so, certain conditions must be fulfilled: [humanity] must be frank (falsehood confuses things), free (communication is impossible with slaves). Finally, they must feel a certain justice around them.”

Camus is very much on my mind. To be precise, his prescient book, also for these strange times, The Plague is in my handbag as a talisman for these times. The more one enters our theme, the more bewildered one becomes in the face of all the contradictions this crucible season of our ‘plague’ exposes. The devil, metaphorical and actual, is in the difficult detail: that as I write this the favoured self-delusions and mythologies we hold about ourselves and the place of the ‘other’, has frayed and in some cases, fallen apart in a very public way. Even the rabid subjects that provoked our conversation trail are with us in this new Daliesque landscape of living, replete with a grammar one had imagined remained only in old literature: lockdown; quarantine; curfew; stockpile. Because of the virus, the headline spaces long occupied by the overloud populists and their (mis) deeds (including ‘Brexit’) have all but disappeared in the face of other more urgent narratives of human struggling.

Looking from the imagined (not-so) periphery, secure (not any more) in one’s aloof distance, one finds it strange to be suddenly sharing a common language and grammar with the entire world:

The author Anna Badkhen, briefly in Nairobi, had told me that the Coronavirus season offered the world an uncommon opportunity for a shared story through which to re-encounter each other. Seeing my puzzled frown, because she had given the example of September 11 as another such moment, she added, “What I mean is wherever you now go in the world it is the Coronavirus to which people will refer, and talk and story.” She is right. But because it is a global challenge that had an impact on every individual, perhaps it has also offered itself as both a microscope and telescope, and created an even ground where responsiveness, preparedness, resilience, and humanity are under immediate scrutiny.

And yet. And yet.

Even in the presence of shared existential struggle, there is a world that is battling to restore the status quo, who neglect the hunger for another vocabulary that can encompass our world reality. In spite of the evidence that the grandest human gesture comes from the other. Despite the evidence of systemic failures in governance and organising structures into which human trust had been poured.

To whom now do we direct our ire? The Russians? The Chinese? The Cubans? The Venezuelans? To say, yes…but…when in the moment of human testing for humanity, they were the first to show up in places of deep need as ‘The Good Samaritan’? This ill-bred whirlwind pandemic comes as a storm that re-orients, reconfigures, and most significantly, strips and exposes us.  It has put a semicolon on what passes as ‘normal’ in the world. The human challenge is reduced, rightly so, to the bare bones: It is so simple. Life or Death. Confronted with the reality of our mortality, the evidence that there is not one culture of people exempted from the ‘touch’ of this ‘presence, it has been fascinating to witness the flattening, not of the curve of the virus, but of our numerous ideological posturing, the jingoisms, and pet positionings that have characterized the world for such a long time.

The retreat of states to old borders is not unexpected; what is rather startling is how truly illusory the past rhetoric and representation of boundaryless unity has been. But perhaps that is not surprising: The return of God as an operative mystery in human existence (at least to be put on trial again), and scientific research as the blacksmith’s foundry before which humanity stands waiting for a healing elixir is. When all the grand posturing is done with, stripped naked of verbal adornments like the proverbial emperor in his chimerical robe, vulnerability, the cracks in the façade of humanity expose themselves.

In Kenya, the eternal election cycle feral roamings of frothing, amoral politicians, their media sustained self-mythologising, their cacophonous praise-singing caravans and rabble-rousing have (thankfully) all evaporated. Although our decision makers (most live in high glass towers that lurk in clouds that obscure their view of those on the ground) address the country correctly – we should give credit where it is due – they do so from the fantasy that they have enabled an environment that will sustain the long-term water and food needs of Kenya’s residents; and that our economy does not depend on the continuity of lives of ‘wananchi’; the most ‘(extra)ordinary among us, who would laugh themselves mad at the fantasy (held by our ideologues and assorted vocal twitter armies) that they can ‘work from home’.

In the world, we now see, hear and observe the stuttering and stumbling of the centres that had long faked their capacity to hold. We might be aghast at Mr. Trump’s wilful and indecent attempts to link the disaster with a culture and people, but on the ground, even in spaces that see themselves as the pinnacles of assorted civilisation, the crimes against the humanity of the Assigned Other are on the ascent. I ask then: Given the right elements, the inner fascist lurking in every human can be triggered, can be awakened, can emerge; it takes very little, doesn’t it? Look at us now, deploying armies to our daily streets, using drones to shout at people from the sky and hounding them into homes, pleading for strong leaders, authority figures who will command us this way and that, and speak in firm declaratory sentences. Look at us, so devastated that in the face of chaos our fantasy of cultural and social superiority falls into tatters. Look at us, demanding group action (etymology of Fascism: Fasci (Italian)-Bundle) to secure a single goal; Life. The counter explanation is that strange times call for stranger actions; indeed. And, so, is this how in democracies the state organises society?

The guts of things go beyond ideology. After this storm, for those who make it, it is a certainty, that rhetoric, worldwide, in Kenya too, will be checked against experiences; the internal contradictions that have been exposed will be confronted, assumptions will be revised, if not just abandoned entirely, an accounting will be sought, and new decisions made, that one suspects will not sustain the ‘Before the Virus’ status quo.  Most tellingly, and probably of concern, will be a reckoning of economic (including trade) and governance systems, of modernity itself, of what has not withstood the onslaught, of what new powers the state has lost or acquired for itself.

Our conversational thread was provoked by the spectre of a fascism-caused human inferno. However, in retrospect, given the nuances and forces of this twenty first century, all its contents and discontents, one wonders if at the core is the struggle for another grammar for and of our time. Can we adequately grasp what exactly is happening in the world today, a thinking that can enfold the realities of the digital age, its impact on opinion and cultural formation, the role of psy-ops election maneuvering that involves data analytics, algorithms and insidious and mass social engineering SCL Group/Cambridge Analytica-type interventions that can then stimulate other questions that can give sense to what is unfolding?

Given that the shadowy tentacles of such psychological operations have infiltrated global election processes, including in countries where populists have taken power (UK, USA, India, Kenya, Hungary, Brazil, etc.), to what extent has the turn towards ‘fascism’ been manufactured, and for and to whose benefit? If the Western – one must emphasise this, these specific psy-ops gone dark are occidental – military intelligence arsenals can be leveraged for profit, strategic advantage and trained on unaware civilians of nations without their knowledge, so that they can be manipulated can this be classified as an act if war? Why would they do this knowing what the outcomes are, or does the tyranny of profit triumph over the human ideal? Or perhaps, given their brute application of what they know about human nature and inclinations, are they cynically delivering on what they understand of us? Who takes responsibility for the outcomes, especially where these outcomes wilfully undermine the principles of ‘democracy’, ‘human rights’ and ‘the rule of law’? Or is a ‘trinity’ only useful for some and not others?

Significantly, in this ongoing drama involving a pestilence as a main character, we are reduced to a captive audience called to doubt its presumptions and assumptions of ‘normal’: doubt of certainties, of absolutes, of trust in the resilience of the structures of governance, of leadership failures, of our positions. New questions for anthropologists are on offer: Why, in reaction to an existential threat, does the instinct of the citizens in (mostly) the ‘G87’ countries drive them to seize, hoard, fight over and stock up on, of all things, toilet rolls? Anyway, when this drama ends, I expect a massive re-orientation, reshaping, reconfiguring of the world. A re-polarisation is inevitable. A restory-ing will occur, and the script, I suspect will be one that is not necessarily familiar to us. And we shall desire another conversational exchange to try to make sense of it.

May we meet healthy, happy and hopeful again on the other side of this strange night we share.

The article by Yvonne Owuor was first published on http://www.goethe.de/zeitgeister