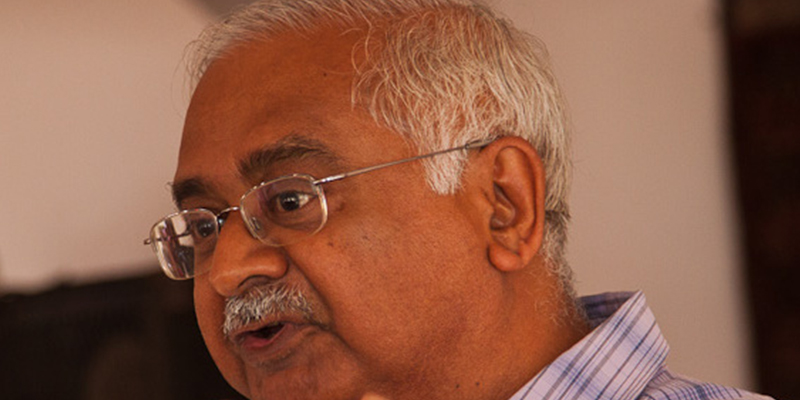 I miss meeting and greeting people in the street.

I miss my friends at kijiweni.

I miss the incessant chatter of baraza and utani between Yanga and Simba.

And the argument among wazee of who is older than whom.

I miss children in their uniforms walking to school.

I miss agonising over small kids disembarking from school buses and darting to school gates oblivious of oncoming traffic.

I miss the stinking smell of the garbage truck as it passes by me on my morning walk.

I miss the elderly couple of retired army officers who never fail to wave their both hands at me with unforgettable warmth and charm you never want to miss.

I miss the rising sun on the horizon as I sit on the cement bench doing my breathing exercises.

I miss the expatriate Indian couple, the fair lady never failing to give me a smile as she mutters under her breath ‘good morning’ while the dark man walking beside her tries to force one without much success.

I miss going to the office of my imagination at the School of Law as Emeritus Professor, the joy of which was rudely interrupted by carnivorous corona.

I grieve at the sight of coffins on the screen as they are lowered into mass graves.

My heart bleeds as I hear the cries and agony of so many friends and relatives who are unable to pay their last respects to their loved ones and bury them with dignity.

I ask myself many questions:

Is it ritual or emotion as I send messages of solidarity and hope to friends and acquaintances, some of whom I have not corresponded with for years?

Are those messages an expression of my solitude or a declaration of solidarity with them?

Do I relish memory so much?

I ask myself: I talk of humanity, solidarity, togetherness, love, hugs and other chatter and platitudes, yet I sit here doing nothing except: eat and wash dishes, wash dishes and eat; sit on the couch and sweep the floor, sweep the floor and sit on the couch; wash my hands and sanitize them, sanitize my hands and wash them. Why? To survive? (and help others close to me survive? Perhaps).

Survive and to do what? To see my forthcoming book in print, caress and kiss it and swim in the stream of accolades that routinely follow? Lecture on class struggle and pontificate on the plight of the poor? Condemn the privilege of the rich while enjoying goodies of the bourgeois world?

I marvel at the birds flying freely and singing soothingly which I never cared for before.

I marvel at the clear blue sky without dark clouds of smoke and pollution, which I never noticed before.

I marvel at the doctors and nurses as they save lives, which I never appreciated before.

I cry with the nurses as they pour out their grief and emotions at lack of PPEs and life-saving ventilators.

I curse and abuse those who have trillions to massacre and maim millions but can’t spare a billion for ventilators.

I marvel at clean streets without cars and trucks gorging life-giving oxygen while exhaling life-threatening carbon mono-oxide. I swear at climate-change deniers.

As I write this, I hear on the news bulletin – three people were swept away as they tried to cross a river, the bridge over which had vanished the night before in torrential rains. I remember some biblical saying from the book of Matthew:

Why do I write this?

To lift the boredom bothering me?

To assuage the ghost of searing solitude?

To placate my conscience?

Or solace my soul?

As I raise my head from this little screen, made with tantalum and tungsten mined in Congo, tarnished red with the blood and sweat of humanity at the exploited, unseen, uncared for end of the world.

I see dawn breaking, dancing and smiling, tantalising, arousing sensuality never sensed before. My soul tells my ego – not just another every day dawn. A New Dawn. I see my granddaughter Zoya smiling, exuding warmth and hope, raising both her little fingers, ‘Up with Humanity’. I see her hands clasping in a Salute of Solidarity, of ‘lal salam’, of ‘red salute’ of ‘red star’, of ‘nyota nyekundu’.

‘A New Civilisation’, says my Soul

The academician in me crawls back, the cynic covers its face, the intellectual is shaken out of slumber: the rational embraces the moral.

May Soul prevail over Ego.

(I don’t know if this is a prayer or a prognosis.)

Today is a new day. Not quite of the New Dawn. The old lingers on. Depressing news of deaths keep streaming in. I am clean-shaved. I stole time from washing dishes and mopping the floor to read Oklo on “Achebe’s reformist agenda and Ngugi’s Marxist aesthetics”. That is dishonest. You never steal time. You always steal someone else’s labour-time to make time for yourself. I stole my partner’s.

Oklo joins the long line of musings since Rosa Luxemburg on reform and revolution. Humankind’s search for freedom and struggle against necessity is age-old. Since the stone age. In the barbaric age, the one-percent stole and continue to steal the ninety-percent’s freedom – out of necessity, they say. Out of avarice, I say.

I can see twenty-year old Zoya gently waving a red flag over the sea of humans surging forward in unison. Inscribed on it in black bold letters:

Freedom for All. Down with necessity.

When the Home of Humankind meets the Future of Humanity, red stars will twinkle all over the black African sky.