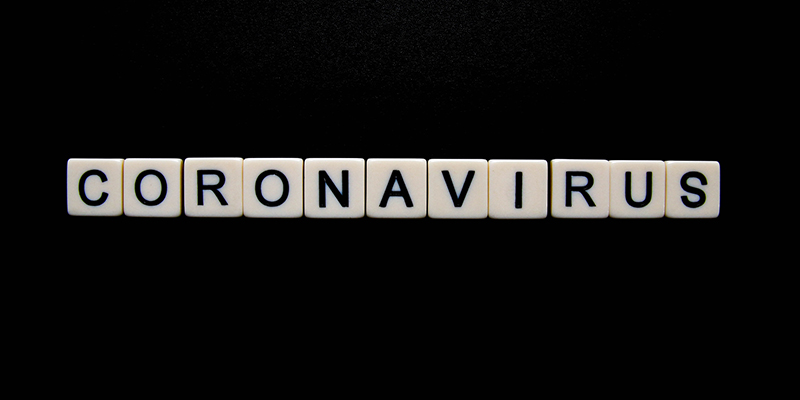 On Friday, 27 March 2020, the day the curfew took effect, I took a matatu ride to Zambezi, a distance of just about 20 kilometres from the Limuru-bound vehicles’ terminus on Kilome Road in downtown Nairobi. From this stage, you can board matatus going to Acre Ithano (Five Acres), Kiambaa, Limuru, Muguga, Rironi and Zambezi.

President Uhuru Kenyatta had, on 25 March 2019, decreed a 7 p.m. to 5 a.m. curfew countrywide – the government’s latest effort to combat the now really frightening coronavirus disease that could, in one fell swoop, easily send swathes of people to early graves. With a broken healthcare system countrywide, a government that treats its medics badly, the patient-bed ratio in its hundreds of thousands, and a demoralised corps of medical officers, the pandemic in Kenya, like in Italy, Spain and now the US, could be truly calamitous.

I was at the stage by 5.15 p.m. The rush to beat the curfew hours was evident: They were no matatus, so the people, who unusually go home at this hour, waited anxiously. That was already one worry too much, but more poignantly, the matatus had been ordered by the government to ferry half their carrying capacities. So, the 33-seater minibus was now allowing only 16 to 17 passengers, while the 14-seater Nissan shuttles only carried eight passengers. This added unforeseen problem was, to say the least, wrecking nerves.

With this new travel constraint, the matatu crew found a perfect excuse to inflate the fare and take advantage of an already precarious situation. A couple of days before, when the government had decreed that matatus should reduce their carrying capacity to create “social distance”, the matatus had, without flinching, more than doubled their fares. Now with the onset of the curfew, the fare is set to increase even further.

This extraordinary arrangement created a perfect state of anarchy: the rush to leave town, the shortage of matatus, which exacerbated passengers’ anxiety and despondency, and the fear that if by chance you were caught during the curfew hours you would be beaten up by the easily excitable paramilitary squad deployed by the state or by the overzealous police.

My tout friend reminded me, matter of factly, that it had been a long time since the General Service Unit (GSU) police had been unleashed on the streets, and they, therefore, were itching to break some ankles and elbows and trample on people’s heads with their boots. And perhaps even kill one or two Kenyans.

My tout friend, who was once a street boy who grew up in the roughhewn of Nairobi’s central business district, where he had been beaten and harassed by the police, knew exactly what he was talking about. The GSU, it soon emerged, in their over-enthusiasm to follow and implement government orders, not only broke ankles and elbow bones, they beat people with sjamboks (blood-drawing whips used by the infamous Boer police on the black masses at the height of the anti-apartheid resistance). In the process, the police killed a boda boda rider and two other Kenyans.

Passing through Westlands, we met a mass of humanity trekking to Kangemi, Kihumbu-ini, Mountain View, Sodom, Uthiru and Waruku. The conductor told me the fare to any of these places from Westlands had shot up to Sh100. (On a normally day, it is Sh30.) The choice was with the commuters: to cough up the Sh100 or walk.

I looked up into the skies and saw that a storm was fast gathering. If by a dint of bad luck, the skies decided to open up then, the people would suffer a double tragedy: arrive home both drenched and tired.

The advent of the coronavirus pandemic in the country has not only threatened to exterminate a panic-stricken people, it has equally conspired to appear at a time of great economic turbulence in the country, which has threatened to wipe out even the little earnings that the people possess.

The trip was uneventful until we reached the makeshift police check that just sprouted in the middle of the road at Mountain View stage, between the Shell and Total petrol stations. The first thing that came to mind was that the police, in their usual style of collecting bribes, would at least pretend to check that the driver and his crew were actually obeying the government’s strict directive. But no. The cop went to the driver’s side where, without wasting time, he quickly “greeted” him (corruption does not recognise coronavirus).

Two thoughts immediately came to my mind: this looked like an illegal road block; the normal road block is usually erected just outside of the Kabete Police Station. Additionally, the recent directive by the government that traffic offences would be henceforth dealt with by the National Transport and Safety Authority (NTSA) meant that there should not be a road block manned by the police on the roads. That rule had not changed, even with the pandemonium over coronavirus.

So what were the police doing on this particular road? The conductor told me that the Kabete traffic police, allegedly one of the most notorious departments in the country, was now erecting the road block as soon as dusk set in. “Tuliwazoesha vibaya, wako na njaa saa yote, na usipowalambisha, hautafanya kazi.” We spoiled them completely (by giving them bribes), so they are always hungry, yet, (the bigger problem) is, if you don’t grease their hands, you will never work.

For work to be done, the police must eat. The conductor said that the police now took it as their right to be bribed. “Let us not kid each other – police corruption is not about to end in a hurry,” said the conductor. He said that the Kabete police, in particular, couldn’t care less if people were decimated by coronavirus: “What they are most interested in is how they will continue to line their pockets.”

On arriving at stage 87, just after Uthiru, all pretence of being extra vigilant on combating the deadly coronavirus was thrown out of the window. At the Nairobi terminus, the conductor had been carrying a disinfectant (basically a mixture of soap and water), which he had sprayed on our hands. Once here, he dumped the can and began looking for passengers.

Women with huge baskets scrambled to board the matatu and snap the remaining seats. “Ithue tutihaicaga ndege.” We don’t board aeroplanes. “Coronavirus iranyita itonga.” The coronavirus is afflicting only the rich, said one woman, who grabbed the seat next to me.

When we reached the next stage in Muthiga, some passengers alighted. By this time, the exorbitant fare had dropped to its normal rate of between Sh30 and Sh50. The chitchat in the matatu was, of course, about coronavirus. Conspiracy theories spawned by know-it-all dudes kept us busy and momentarily took away our attention from the more serious issue of observing social distance inside the matatu.

“It is the Americans and the Chinese who are engaged in a biological warfare and now we’ve become collateral,” said an obviously drunk passenger. He said that the Chinese were devious and secretive people “You’ve seen them here – short and bossy and will not talk to anyone, unless shouting commands”.

Another claimed that China hoped to conquer the world by unleashing of the viral disease into the now global society. “How come they now seem to have, suddenly, found the cure for it? Coronavirus is ravishing the rest of the world as China, which has gone back to its normal self, now watches gleefully from afar. They have even offered to help Italy and America.”

The Chinese are constructing the Nairobi-Nakuru Road, which has stalled because the government has delayed payments to owners of buildings that need to be demolished to pave way for the expansion of the highway. The highway serves as the transport corridor of goods, from the Mombasa port to Burundi, eastern Democratic Republic of Congo (DRC), Rwanda, South Sudan, Tanzania and Uganda.

After excavating the original dual highway two years ago in the hope of rebuilding the road, the section between Uthiru and Kiambaa seems to have been abandoned. And so it is in a terrible state. It has become the bane of the ever-complaining motorists who have no choice but to use the mangled road. The section just outside Uthiru Girls School is so bad that when last week there was a huge downpour, the 100-metre distance caused a five-hour traffic jam. The section has huge potholes in which small saloon cars disappear. This section not only causes traffic snarl-ups, it has become a dangerous point where muggers and thieves steal mobile phones and other valuables from cars stuck in the mud.

“President Uhuru has taken too much debt from the Chinese, that’s why he couldn’t stop the plane from China from landing in the country,” ventured the drunkard, who now had taken to entertaining the passengers. “Agiruo arihe thire ucio na kiumia kimwe.” If he had tried (stopping the plane from landing), he would have been asked to pay that debt in a week’s time.

In February, a plane flying from China was allowed to land in Nairobi despite a government directive to not allow planes from China to enter the country. It is believed that the China Southern Airlines plane had several Chinese nationals in it who were allowed to disembark and mingle with the rest of Kenyans at the height of the coronavirus explosion in Africa. For some reason, many Kenyans believe that those unnamed Chinese (nobody knows where they “dissipated” to) could in the near future put the country at risk.

“Kiguoya kia mundu,” commented the noisy drunkard. “President Uhuru was the coward of the country,” he said. After mortgaging the country to the Chinese, he’s now beholden to them: he cannot do anything until he asks them. I don’t know who told him that coronavirus is most effective only at night. Should we now stop making love to our wives? Eno curfew nitukumenya uria tuku deal nayo. Just wait, we’ll a find way of dealing with this curfew.”

Another passenger said that President Uhuru Kenyatta had put the country on a semi-lockdown and now curfew “because he was targeting to reap billions of dollars that would apparently be disbursed by our benefactors, both from the East and West to combat the disease. He and his cronies have devised a plan to pocket the billions – for them, they are in business. All this scare-mongering is just that: tactics for them to make money. This is not a black man’s disease – have you heard any black person who has died of the disease? All the people who have died from coronavirus are all Caucasian. The black man’s body is not to be felled by a mere fever.”

“When it came to implementing the curfew, Uhuru suddenly discovers his mojo: he does not entertain nonsense, he is decisive, firm, tough talking and threatens fire and brimstone to anyone defying his order by sending the paramilitary police to roughen up people with their death-knell rungus (clubs). How is it that this decisiveness and firmness is often lacking when dealing with the thieves and robbers who are his cronies and friends?” posed the drunkard.

“Ask him to go after the looters, and he suddenly becomes exhausted, handicapped and helpless, throwing his hands in the air…‘murenda njike atia?’ What do you what me to do? Uhuru is fake…after messing our economy, he now purports to be fighting this monster invasion.”